The Senate pushed a vote on a bipartisan bill to make the U.S. more competitive against China back to June after Republicans ground the chamber to a halt for hours Thursday evening.

The delay was part of an agreement reached by the Senate, setting up a vote on the bipartisan Jan. 6 commission bill Friday and allowing senators to leave Washington for their Memorial Day recess.

The bill, titled the United States Competition and Innovation Act, advanced in the Senate Thursday after an approximately three-hour vote. Republicans objected to the bill and its lack of amendment votes, but a compromise was ultimately reached. (RELATED: Senate Advances Bill Multi-Hour, Behind-The Scenes Deliberations Secure GOP Support)

“It’s something we proposed,” Senate Majority Leader Chuck Schumer said on the Senate floor. “It assures a vote on the Jan. 6 commission in the next hour, it assures it occurs in the light of day, not at 3 a.m. in the morning.”

“It assures that the vote on the U.S. Competition Act will take place when we return in June,” he said. 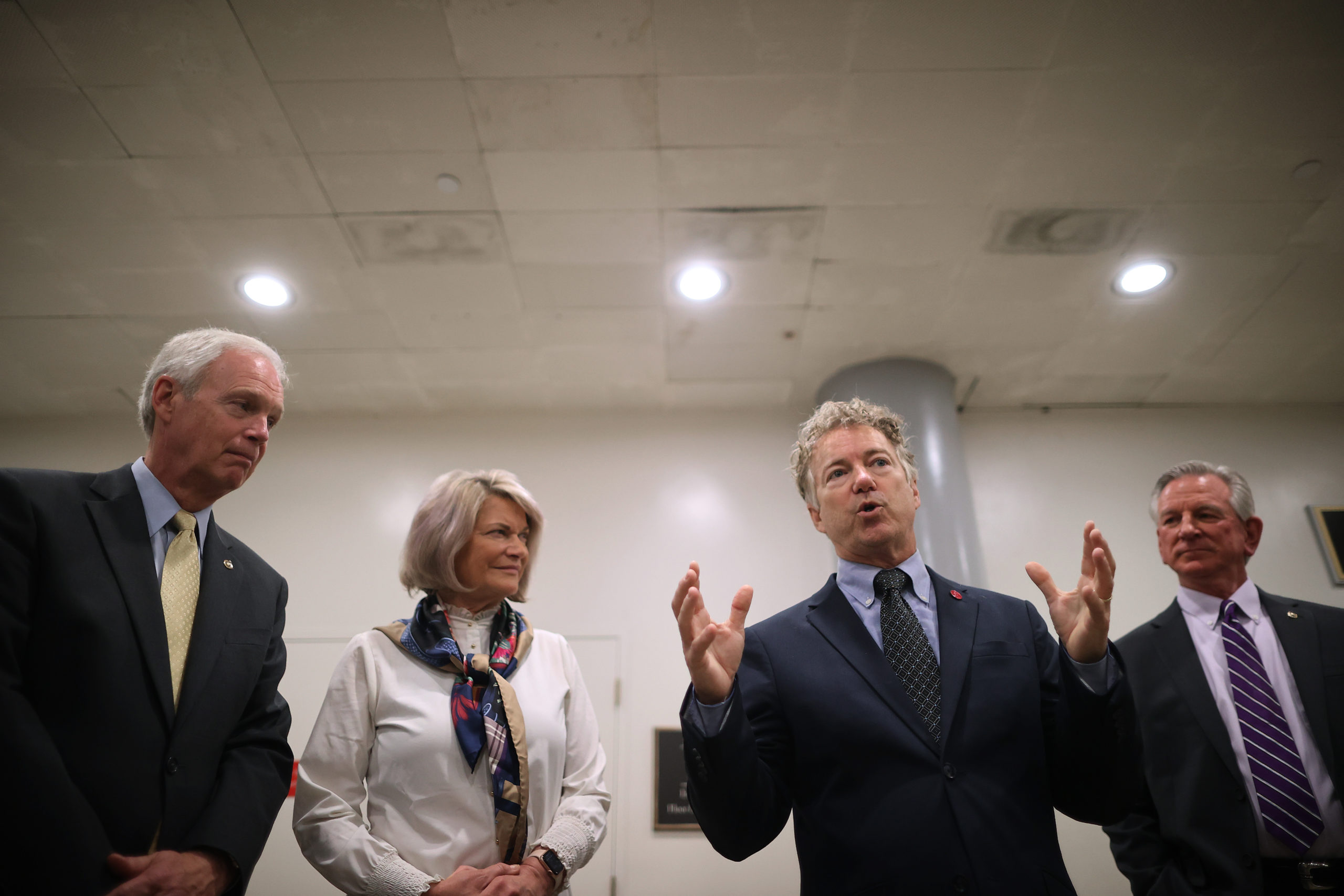 If not for the deal, Republican Sens. Ron Johnson of Wisconsin and Rand Paul of Kentucky could have delayed the China bill through the weekend, further stalling the commission bill as a result. The two spoke at length Thursday night into Friday morning objecting to the bill and its various amendments.

“I can announce there is a hotline on a deal to delay a vote on this package until we come back after recess and move forward with the Jan. 6 commission vote and some nominations. So if nobody objects to that, we’re not going to object,” Johnson told reporters Friday morning. “It will give us time and our constituents time to take a look at this.”