Senate Republicans are set to use the first filibuster of President Joe Biden’s term to kill a bipartisan bill establishing a commission to investigate the Jan. 6 attack at the Capitol.

Most Republicans in the chamber oppose the bill, which could be voted on as soon as Thursday. The bill would establish a 10-member, bipartisan commission into the Capitol riot, when pro-Trump rioters attempted to block Congress from certifying Biden’s victory.

“There is, has been, and there will continue to be, no shortage of robust investigations by two separate branches of the federal government,” McConnell said. “It’s not at all clear what new facts our additional investigation, yet another commission, could actually lay on top of existing efforts by law enforcement and Congress.”

Democrats, however, have decried Republicans’ opposition and the filibuster, which sets a 60-vote threshold for most legislation to advance.

“We have a mob overtake the Capitol, and we can’t get the Republicans to join us in making historic record of the event?” asked Illinois Sen. Dick Durbin, the second in rank of his caucus, on the Senate floor. “That tells you what’s wrong with the Senate and what’s wrong with the filibuster.” (RELATED: Lawmakers Reach Deal On Bipartisan, 9/11-Style Commission Into Capitol Riot) 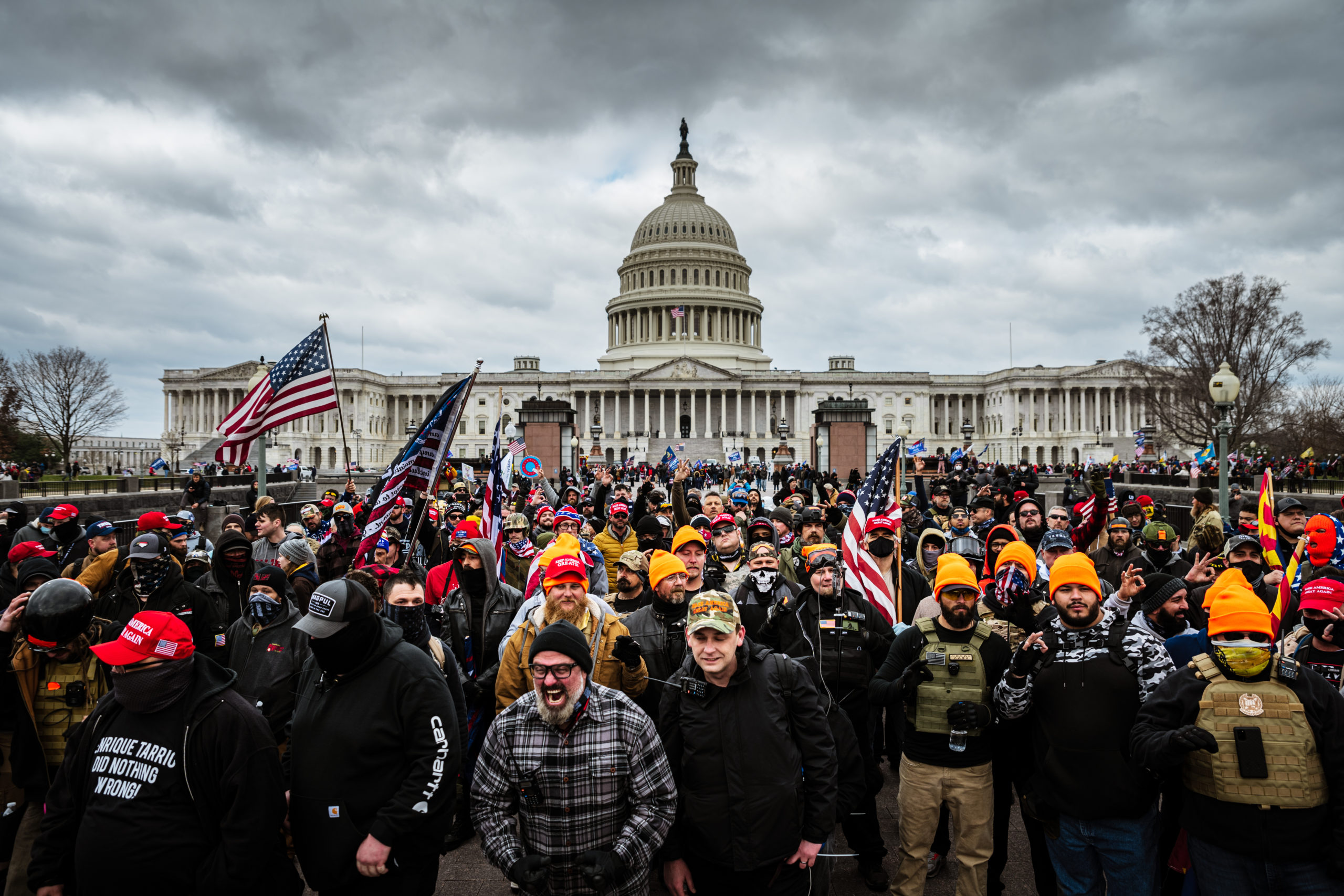 Pro-Trump rioters in front of the U.S. Capitol on January 6, 2021. (Jon Cherry/Getty Images)

Other Democrats have accused McConnell of prioritizing partisan politics over investigating an unprecedented attack that left multiple people dead and forced lawmakers to flee their respective chambers.

“There is no excuse for any Republican to vote against this commission since Democrats have agreed to everything they asked for,” said West Virginia Sen. Joe Manchin. “McConnell has made this his political position, thinking it will help his 2022 elections. They do not believe in the truth will set you free, so they continue to live in fear.”

Though the bill passed the House last week with the support of 35 Republicans, just two Republican senators, Mitt Romney of Utah and Lisa Murkowski of Alaska, have said that they would support the bill as written.

“I think the perception is on the part of the public that the January 6 Commission just trying to get to the truth of what happened, and that Republicans would be seen as not wanting to let the truth come out,” Romney told CNN on Wednesday. “I don’t believe that’s what’s the motivation but I think that’s the perception.”

Maine Republican Sen. Susan Collins, however, is leading an amendment that would give Republicans more sway in appointing the commission’s staff in an attempt to secure the additional support necessary for it to pass.

“If the amendment is accepted, you have one set of potential persuadables, including me. If it’s not accepted, then you have another set, a smaller set of persuadables,” Louisiana Republican Sen. Bill Cassidy told reporters Wednesday.

If signed into law, the commission would be required to report its findings to Congress by the end of 2021.