North Korea warned the United States it was creating an “acute and instable situation” in the region Monday following a recent summit between President Joe Biden and South Korean President Moon Jae-In.

The warning was North Korea’s first response to the May 21 summit between the U.S. and South Korean leaders at the White House, The Associated Press (AP) reported. Biden and Moon had agreed in a joint statement to end decades-long restrictions on South Korea’s missile program.

The U.S. initially barred South Korea from developing missiles with a range of longer than 500 miles over concerns about a regional arms race. The ending of restrictions would allow South Korea to produce missiles capable of striking all of North Korea but stop short of striking potential targets in China and Japan, according to the AP. 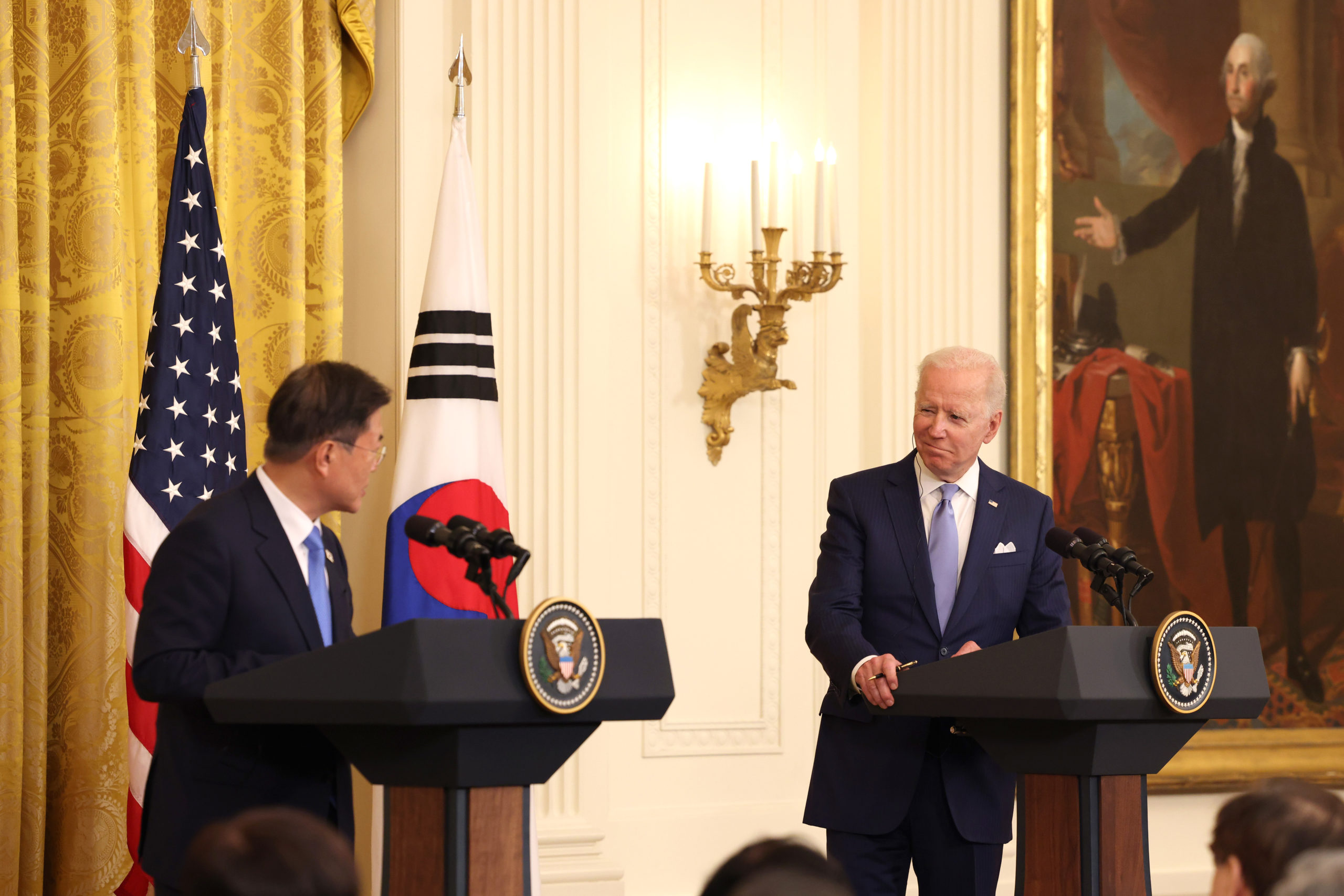 President Joe Biden and South Korean President Moon Jae-in participate in a joint press conference in the East Room of the White House on May 21, 2021 in Washington, DC (Anna Moneymaker/Getty Images)

In a statement released Monday in North Korea’s state news agency, Kim Myong Chol, an unofficial government spokesman who the agency described as an “international affairs critic,” accused the U.S. of applying a double standard as it has sought to prevent Pyongyang from developing long-range missiles for years.

North Korea’s state news agency called the agreement between Biden and Moon to lift South Korea’s missile restrictions a “stark reminder of the U.S. hostile policy toward [North Korea] and its shameful double-dealing.”

“The U.S. is mistaken, however. It is a serious blunder for it to pressurize [North Korea] by creating asymmetric imbalance in and around the Korean Peninsula as this may lead to the acute and instable situation on the Korean Peninsula now technically at war,” Kim said.

Kim also said that Washington and Seoul have “made clear their ambition of aggression” and accused the two countries of trying to start a regional arms race. He warned that Pyongyang will continue to bolster “its capabilities for self-defense.” (RELATED: White House Confirms North Korea Is Snubbing Outreach From Biden Administration)

North Korea’s warning comes as the Biden administration is formulating its approach to the country. Officials have said Biden plans to take an approach that is different from both former President Donald Trump’s direct engagement with North Korean leader Kim Jong Un and former President Barack Obama’s “strategic patience” policy, according to NPR.

During his summit with Moon, Biden said the U.S. is conducting a policy review on North Korea with the intent to create “a calibrated and practical approach that is open to and will explore diplomacy” with Pyongyang.