President Joe Biden’s administration announced new initiatives to address the wealth gap between black and white communities Tuesday on the centennial of the 1921 Tulsa Race Massacre.

Biden is the first president to participate in the remembrance event and he plans to meet with surviving members of the community on his Tuesday trip, The Associated Press reported. The president is set to speak about the various actions in Tulsa, Oklahoma.

The administration is in part focused on home ownership and business ownership for “communities of color and disadvantage communities,” the White House announced Tuesday. The initiatives include a plan to address racial discrimination in the housing market and an effort to grow federal contracting with disadvantaged businesses by 50%.

The administration announced new information regarding Biden’s proposal that are specifically aimed at creating jobs and building wealth in these specific communities. The jobs plan will include a $10 billion Community Revitalization Fund and $15 billion for new grants and technical help for the “planning, removal, or retrofitting” of infrastructure “that creates a barrier to community connectivity.” 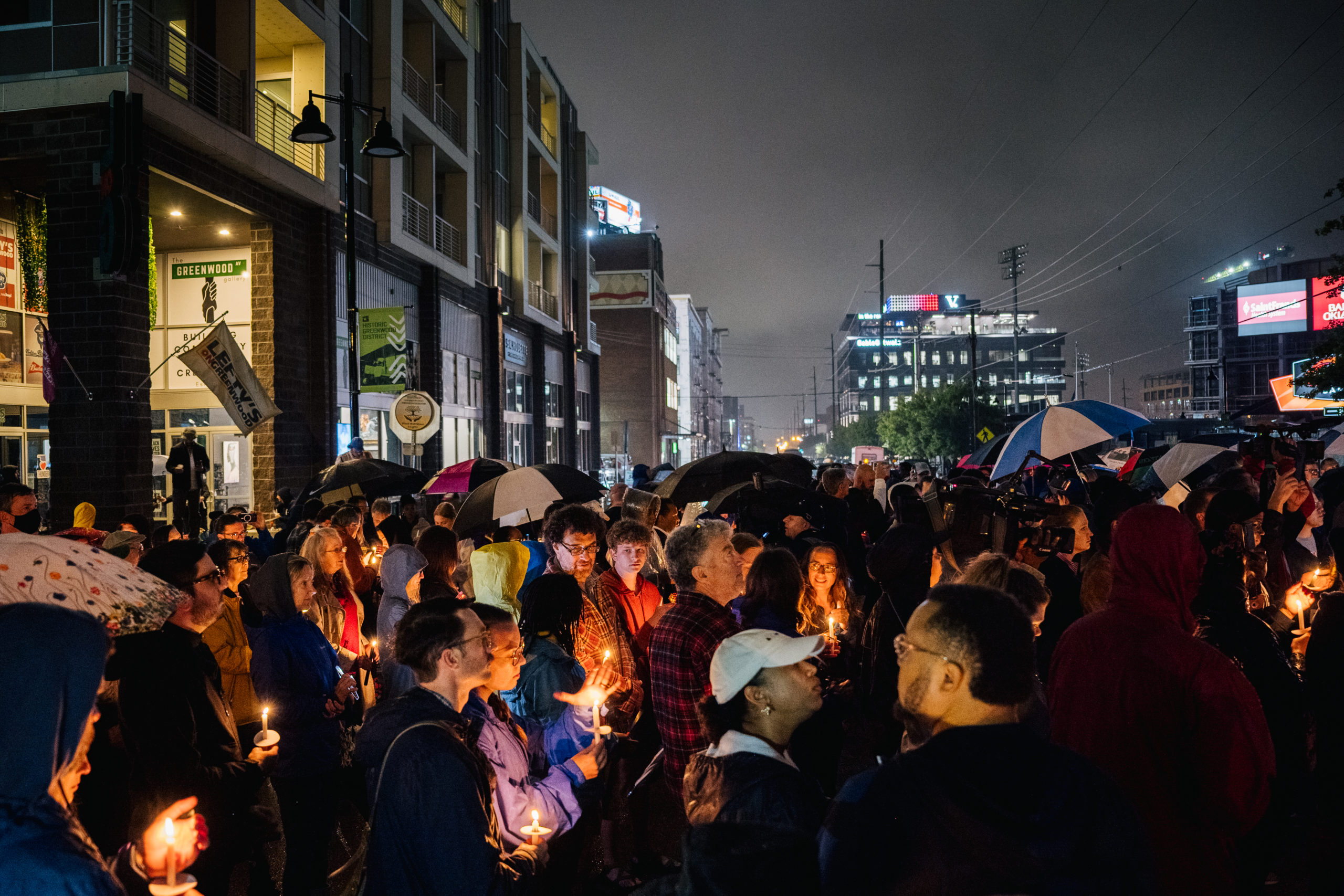 People partake in a candlelight vigil in the Greenwood district during commemorations of the 100th anniversary of the Tulsa Race Massacre on May 31, 2021 in Tulsa, Oklahoma. (Brandon Bell/Getty Images)

In addressing the struggles of minority-owned small businesses, the Biden administration highlighted a $31 billion proposal investment to “reduce barriers to small business ownership and success.” Biden is also calling on Congress to push through the $5 billion grant program dubbed the “Unlocking Possibilities Program” in part to help with affordable housing.

Biden called the Tulsa Race Massacre “one of the worst incidents of racial violence in our history” in a 2020 tweet. He added that “it has been erased from our national consciousness for far too long” and called on America to “reckon with what happened in 1921.”

The Tulsa Race Massacre took place May 31 to June 1, 1921. A mob of armed white residents attacked the black Greenwood community. Some historians estimate that up to 300 black people were killed during the massacre.