Former President Donald Trump’s original November 2020 order banned investment into 35 Chinese companies, arguing that China was “exploiting” U.S. capital to bolster its own defense capabilities and its security and surveillance technologies. Biden’s Friday order adds 24 additional companies to the blacklist and transfers the enforcement authority of the order from the Department of Defense to the Department of Treasury.

“The use of Chinese surveillance technology outside the [People’s Republic of China], as well as the development or use of Chinese surveillance technology to facilitate repression or serious human rights abuses, constitute unusual and extraordinary threats,” the White House said in a statement. (RELATED: Biden Hits Chinese Tech Firms With Subpoenas Before US-China Summit) 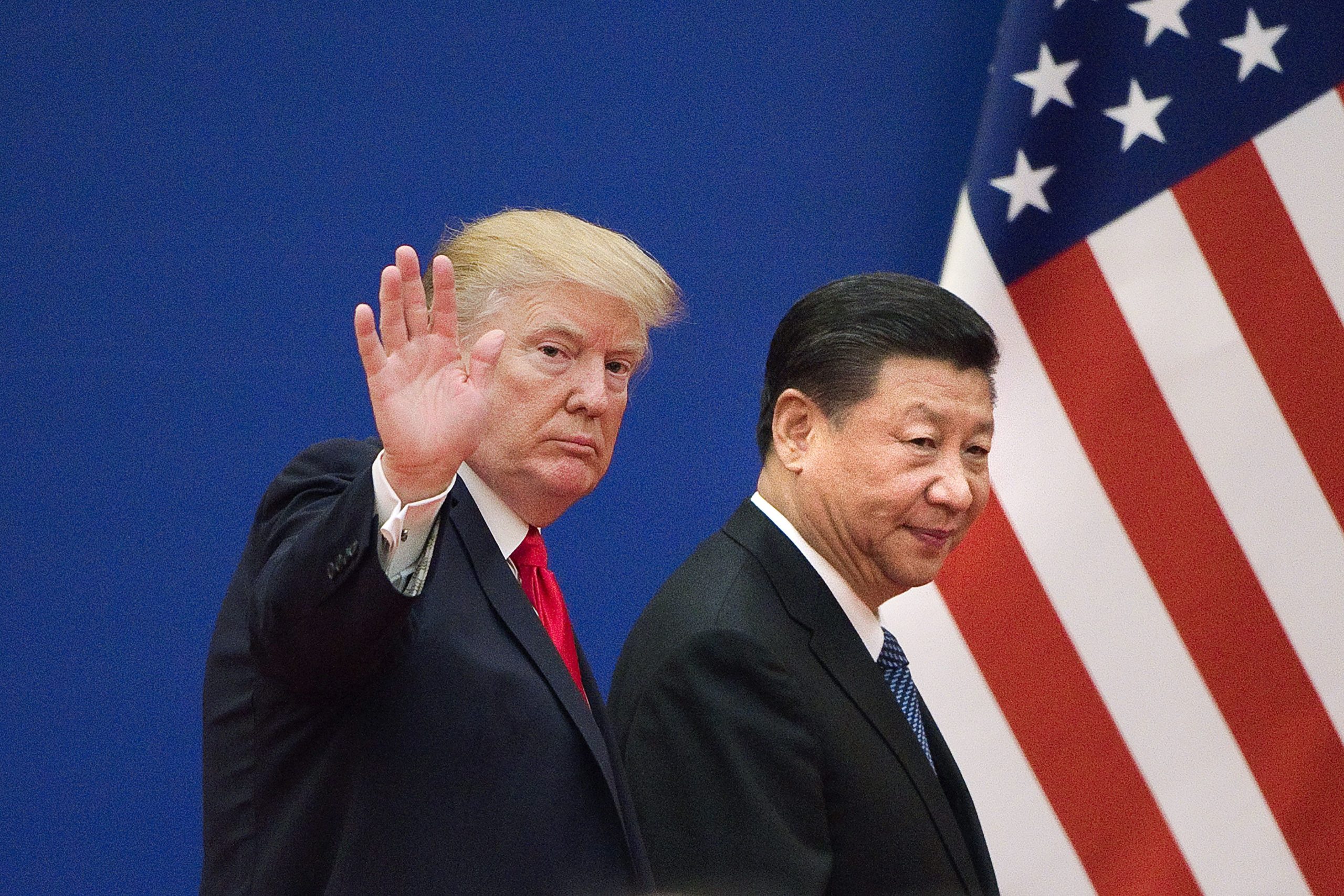 US President Donald Trump (L) and China’s President Xi Jinping leave a business leaders event at the Great Hall of the People in Beijing on Nov. 9, 2017. Donald Trump urged Chinese leader Xi Jinping to work “hard” and act fast to help resolve the North Korean nuclear crisis, during their meeting in Beijing on November 9, warning that “time is quickly running out” (NICOLAS ASFOURI/AFP via Getty Images)

Biden’s move comes despite calls from the Chinese government for his administration to rescind the order, arguing it was in conflict with free market values. The Biden administration says it plans to add to the list in coming months, according to the New York Post.

“The US government is stretching the concept of national security, abusing national power and using every possible means to suppress and restrict Chinese enterprises,” Chinese Foreign Ministry spokesman Wang Wenbin told reporters in a response to the move, according to the outlet. “We are firmly opposed to this.”

Biden has made clear that competition with China is his top priority when it comes to foreign policy. He has framed the struggle between the U.S. and China as one that will determine whether democracy or autocracy will lead the world into the future.

Biden’s administration has condemned China’s ongoing genocide against Uyghur Muslims in Xinjiang as well as its destruction of democracy in Hong Kong. The administration teamed with Canada, the U.K. and the EU to impose sanctions against Chinese Communist Party (CCP) officials in Xinjiang.

BIDEN: “I have known Xi Jinping a long time. Allegedly, by the time I left office as Vice President I had spent more time with Xi Jinping than any other world leader…he is a smart, smart guy.” pic.twitter.com/f4bun3MDXQ

The Biden administration’s frosty relations with China kicked off with a dramatic meeting in Alaska between Secretary of State Antony Blinken, national security adviser Jake Sullivan and their Chinese counterparts. The U.S. leveled criticisms of China’s many human rights abuses, to which the Chinese officials responded by noting Black Lives Matter protests, accusing the U.S. of “slaughtering” black Americans.