The Biden administration plans to send $861 million in federal aid to Central American countries to curb migration to the U.S., though there isn’t a direct correlation between increased aid and reducing migration patterns, an immigration policy analyst told the Daily Caller News Foundation on Thursday.

The $861 million in federal aid is intended to target root causes of “irregular migration” to the U.S., according to the proposed budget for 2022. However, increased aid and developmental assistance aren’t proven to directly reduce migration from the countries, according to existing research, Migration Policy Institute Senior Policy Analyst Susan Fratzke told the DCNF.

“No, there’s not a direct correlation that we can expect, but I think it can play an important role in the broader basket of strategies to address the circumstances around migration in a particular region,” Fratzke told the DCNF. 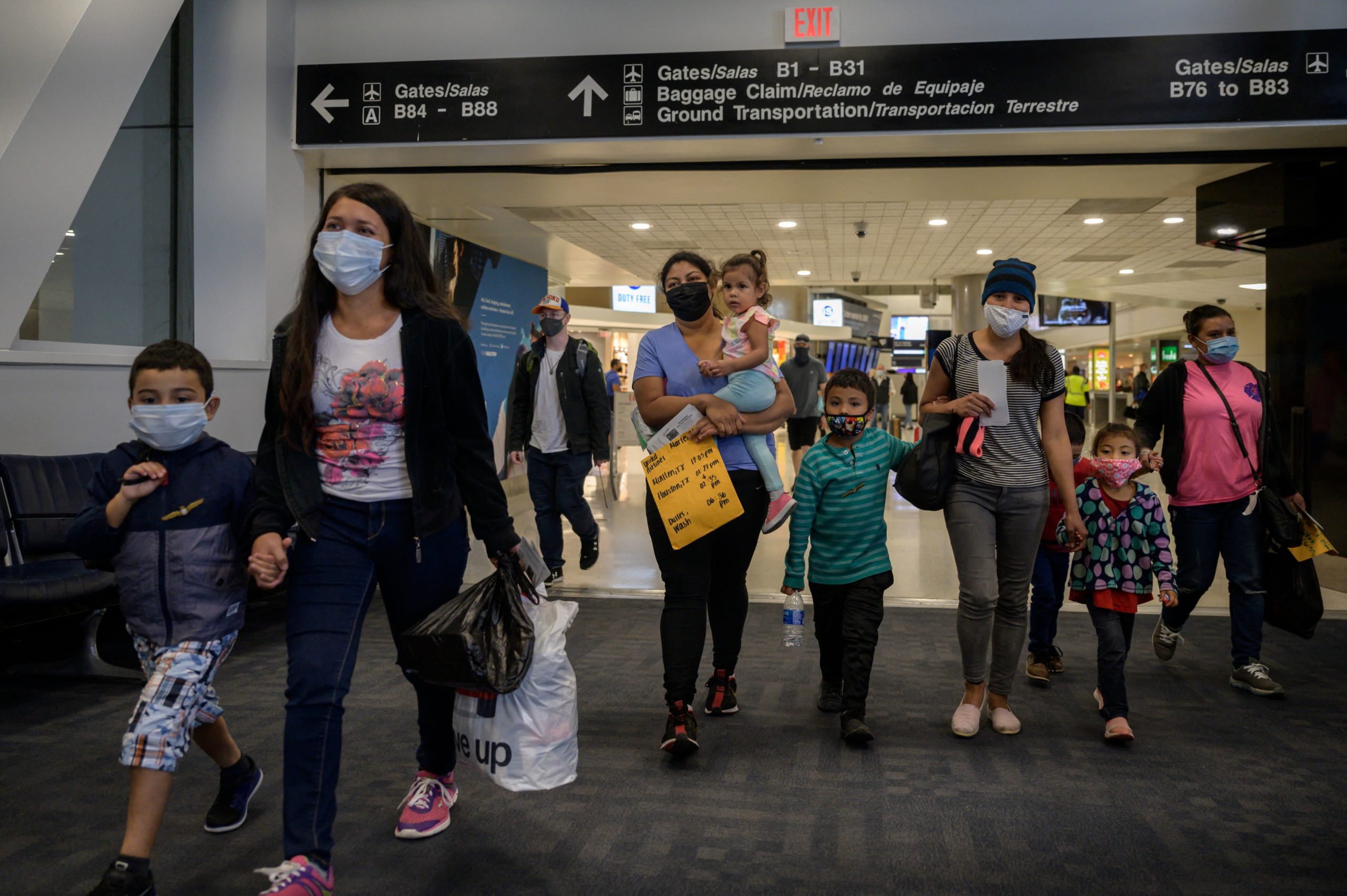 Dania (2nd L) and her son Daniel (L) from Honduras walk with mother Reina (3rd R) and her children Diana (2nd R) and Dariel (4th R) from El Salvador, through Houston airport during a transfer on March 30, 2021. (Photo by ED JONES/AFP via Getty Images)

Developmental assistance won’t necessarily stop people from migrating to the U.S. and should be aimed at long-term effects on the country so people have the option to stay there, Fratzke told the DCNF. For development aid to be successful, officials need to consider why people migrate, the context and the region.

“It depends very heavily on why people are moving and their particular circumstances on a very, very local level,” Fratzke said. “Looking at Central America specifically, the movements that we’re seeing there are complex and there’s a lot of different factors and things that are driving them.”

Fratzke said factors such as ethnic violence, gender and gang violence combined with hurricanes and other environmental degradation affect migrants’ decisions to leave the country. Instances of domestic violence and gang recruitment are high in the region and major factors in driving people out, according to the Council on Foreign Relations.

Department of Homeland Security Secretary Alejandro Mayorkas said the U.S. is on track to see a 20-year high in the number of migrants arriving at the southern border and Customs and Border Protection (CBP) officials have encountered over 530,000 migrants in President Joe Biden’s first four months in office, according to the agency.

The Biden administration announced an initiative to get private sector companies and organizations to contribute resources to the region in an effort to curb increasing migration on May 27, according to the White House. (RELATED: Biden Admin Plans To Direct $861 Million To Central American Countries So That Their People Won’t Invade The Border)

The Trump administration decided not to send federal aid to Central America in April 2019, The New York Times reported. Law enforcement operations, small farmers and teenagers susceptible to gang activity were most likely to be negatively affected from not receiving aid, along with non-governmental and private organizations who contracted with the U.S. State Department and the United States Agency for International Development.

While former President Donald Trump was in office, CBP officials encountered over 109,000 migrants at the southern border in April 2019 and nearly 250,000 in the following two months after aid to the region stopped, according to the agency. (RELATED: Biden Admin Chooses Six Humanitarian Groups To Decide Which Migrants Will Be Allowed Into The US)

Former President Barack Obama requested $750 million in aid for Central America in 2016 and established the Alliance for Prosperity Plan to distribute the funds to developmental assistance, international narcotics control and law enforcement, as well economic and governance programs, according to the White House.

Obama’s plan withheld 25% of the funds until regional governments proved they were taking steps to improve border security, combat human smuggling and trafficking and informing citizens about the dangers of traveling to the U.S., according to the White House.

The aid targeted economic development and law enforcement measures until a record number of unaccompanied migrant minors arrived at the U.S. border in 2014, the Times reported. The Obama administration allocated $305 million to the region in 2014 and increased the aid to $560 million for 2015, according to the White House.