Vermont Republican Gov. Phil Scott signed a bill Monday requiring all registered voters in the state to receive mail-in ballots, breaking from GOP leaders in other states that have restricted the measure.

The bill, S.15, sailed through Vermont’s legislature, and made permanent expansions that were first adopted to accommodate voting amid the coronavirus pandemic, Vermont Digger reported. It also allows voters to correct a ballot that poll workers deemed ineligible if it was filled out or mailed incorrectly.

“I believe making sure voting is easy and accessible, and increasing voter participation is important,” Scott said in a statement Monday. He also asked the legislature to expand the bill’s provisions to primary and local elections and school budget votes in order to facilitate higher voter turnout.

In the 2020 presidential election, over 73% of the state’s registered voters casted a ballot, and of those over three-quarters did so by mail, according to statistics from the Vermont secretary of state’s office. The state ranked ninth among overall turnout.

A poll conducted by Lincoln Park Strategies found the measure to be overwhelmingly popular in the state, with 68% of voters favoring the expansions and just 29% opposing them. Nearly 80% of voters supported allowing voters to “cure” ballots with small errors. (RELATED: Cybersecurity And Infrastructure Security Agency Calls 2020 Election ‘Most Secure In American History’) 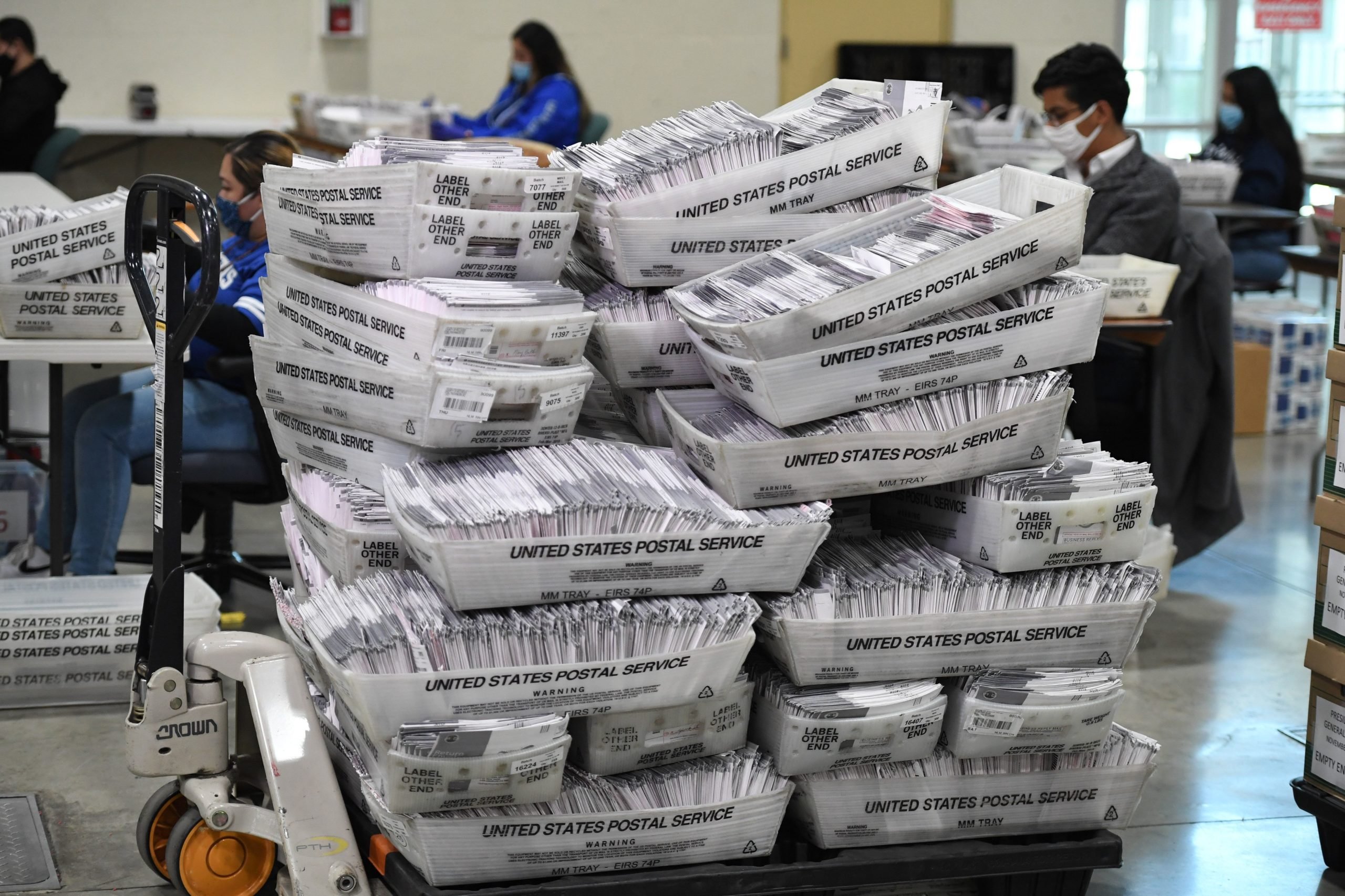 Though Scott is a Republican, he is a moderate from an overwhelmingly-Democratic state, and told reporters that he voted for President Joe Biden, marking the first time he voted against his own party.

The bill is unlike those in other Republican-controlled states like Florida, Georgia and Texas that limit mail-in voting and alter other forms of voting within them. While Republicans have argued that the bills are necessary to protect against possible voter fraud, Democrats have countered that they will make it harder for people to vote — especially voters in urban areas and voters of color — and that voter fraud is incredibly rare.

The only other Republican-dominated state to adopt voting expansions since the election is Kentucky, where Democratic Gov. Andy Beshear signed a bipartisan bill establishing three days of early voting, multiple voting centers and an online portal where voters can register and request ballots.