Roman Protasevich, the 26-year-old Belarusian journalist once harshly critical of the country’s authoritarian leader, changed his tune during an impromptu news conference Monday and seemingly praised him.

Protasevich was dragged off a commercial flight in May after the Belarusian military forced it to land midway to its destination and thrown in jail.

Before his arrest, Protasevich had described Belarusian strongman Aleksandr Lukashenko as a “dictator” and compared him to Hitler.

Now, facing the possibility of over a decade in prison, he lauded Lukashenko in front of dozens of reporters.

“I understand what kind of damage I have inflicted not only on the state but on the country,” Protasevich said during the live broadcast first reported by The New York Times. “Today, I want to do everything to correct this situation.”

He added that he had not been coerced as he sat behind top military leaders. 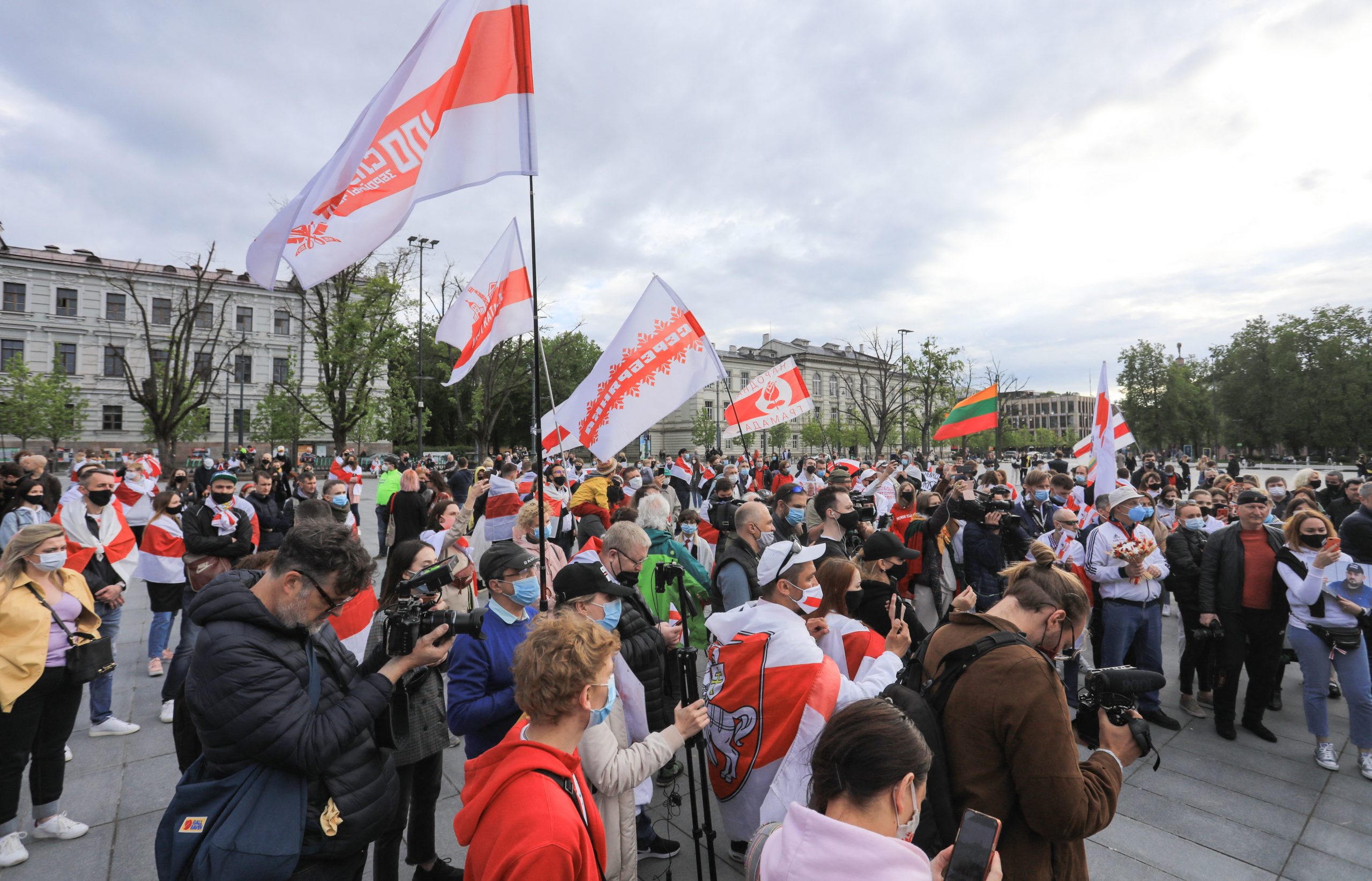 Protesters take part in a demonstration against political repression, in Vilnius, Belarus in May. They demanded freedom for Protasevich and his partner, Sofia Sapega. (PETRAS MALUKAS/AFP via Getty Images)

Protasevich made similar comments days after his arrest. He appeared to be under duress and had bruises on his arms, and family members alleged that the statement was coerced. (RELATED: Belarusian Opposition Leader Flees Country After Its Authoritarian Leader Wins A Rigged Election)

Belarusian opposition members said that Monday’s comments were made under duress as well, even though Protasevich appeared calmer.

“No matter what he says, let’s not forget: he is a hostage,” said Franak Viacorka, a prominent opposition activist who is now living in exile. “This is not a press conference but a scene of either Kafka or Orwell.”

Even though Protsevich said that he was not coerced into making his comments, saying that he feels “wonderful” and that he wishes to “help his country in the future,” some journalists in the room said that they did not believe him.

“I don’t believe what you say because I know what they could have done to you,” said Tatiana Korovenkova, a journalist with the independent BelaPAN news agency. “I sincerely sympathize with you.”