Three Minnesotans are suing for the right for adults aged 18 to 20 to be able to carry firearms in the state, according to court documents.

Axel Anderson, 18, Austin Dye, 19, and Kristin Worth, 18, argue that state laws prohibiting them from carrying firearms infringe on their rights, according to a lawsuit. Minnesotans without felonies are permitted to own firearms at 18-years-old, though they can’t carry them until they reach 21.

“Plaintiffs wish to exercise their fundamental, constitutionally guaranteed right to carry loaded, operable handguns on their person, outside their homes, while in public, for lawful purposes including immediate self-defense,” according to the lawsuit. “But they cannot because of the laws, regulations, policies, practices, and customs that Defendants have been enforcing and continue to actively enforce today.” 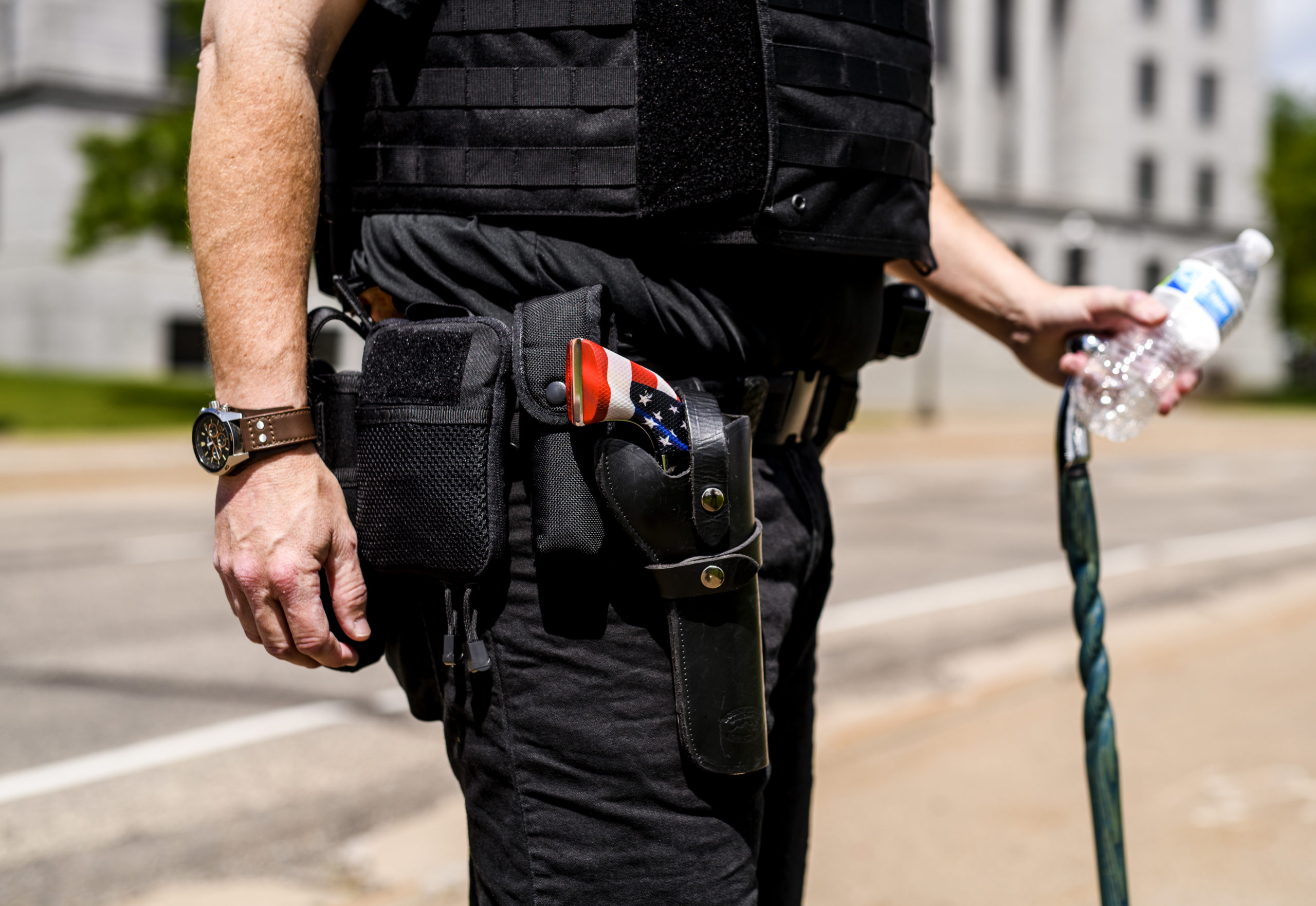 A man carries a revolver with an American Flag decor outside the Minnesota State Capitol building on May 22, 2021 in St. Paul, Minnesota. (Photo by Stephen Maturen/Getty Images)

The lawsuit argues that the state laws are unconstitutional and discriminate against women like Worth who statistically commit violent offenses at an “exceptionally low rate.” (RELATED: 9th Circuit Court Rules Second Amendment Doesn’t Guarantee Right To Open Carry)

Minnesota’s prohibition of young adult carry is an “unconstitutional total ban on the exercise of the fundamental human right to bear arms for a broad class of legal, law-abiding adults who can vote, serve on a jury, hold public office, marry, and serve in the armed forces,” the Firearms Policy Coalition said, according to Alpha News.

Neither the U.S. District Court of Minnesota nor the Firearms Policy Coalition responded to the Daily Caller News Foundation’s request for comment.