The 9th Circuit Court of Appeals upheld a Hawaii gun regulation, ruling Wednesday that states can restrict the right to openly carry a firearm in public.

The 7-4 decision said restrictions on carrying guns in public do not fall within the scope of what is protected by the Second Amendment.

“The government may regulate, and even prohibit, in public places – including government buildings, churches, schools, and markets – the open carrying of small arms capable of being concealed, whether they are carried concealed or openly,” Judge Jay Bybee wrote for the majority.

The majority based their decision on previous rulings and a review of both American and English law.

“We have never assumed that individuals have an unfettered right to carry weapons in public spaces,” the majority ruled. “Indeed, we can find no general right to carry arms into the public square for self defense.”

“The en banc court held that the Second Amendment does not guarantee an unfettered, general right to openly carry arms in public for individual self-defense. Accordingly, Hawaii’s firearms-carry scheme is lawful.”

The case was brought by George Young, who applied for a license twice in 2011 to carry a gun in public either openly or concealed and was denied both times because he didn’t prove the “urgency or the need” to openly carry a firearm in public, the decision said. Instead, Young relied on his “general desire to carry a firearm for self-defense.”

Under Hawaii’s law, residents have to show the “urgency or the need” to carry a firearm in public and must be of good moral character and “engaged in the protection of life and property.”

Young sued, arguing the “denial of his application for a handgun license violated his Second Amendment right to carry a loaded handgun in public for self-defense.” (RELATED: South Carolina State Senators Suggest Making Everyone A Militia Member To Protect Gun Rights) 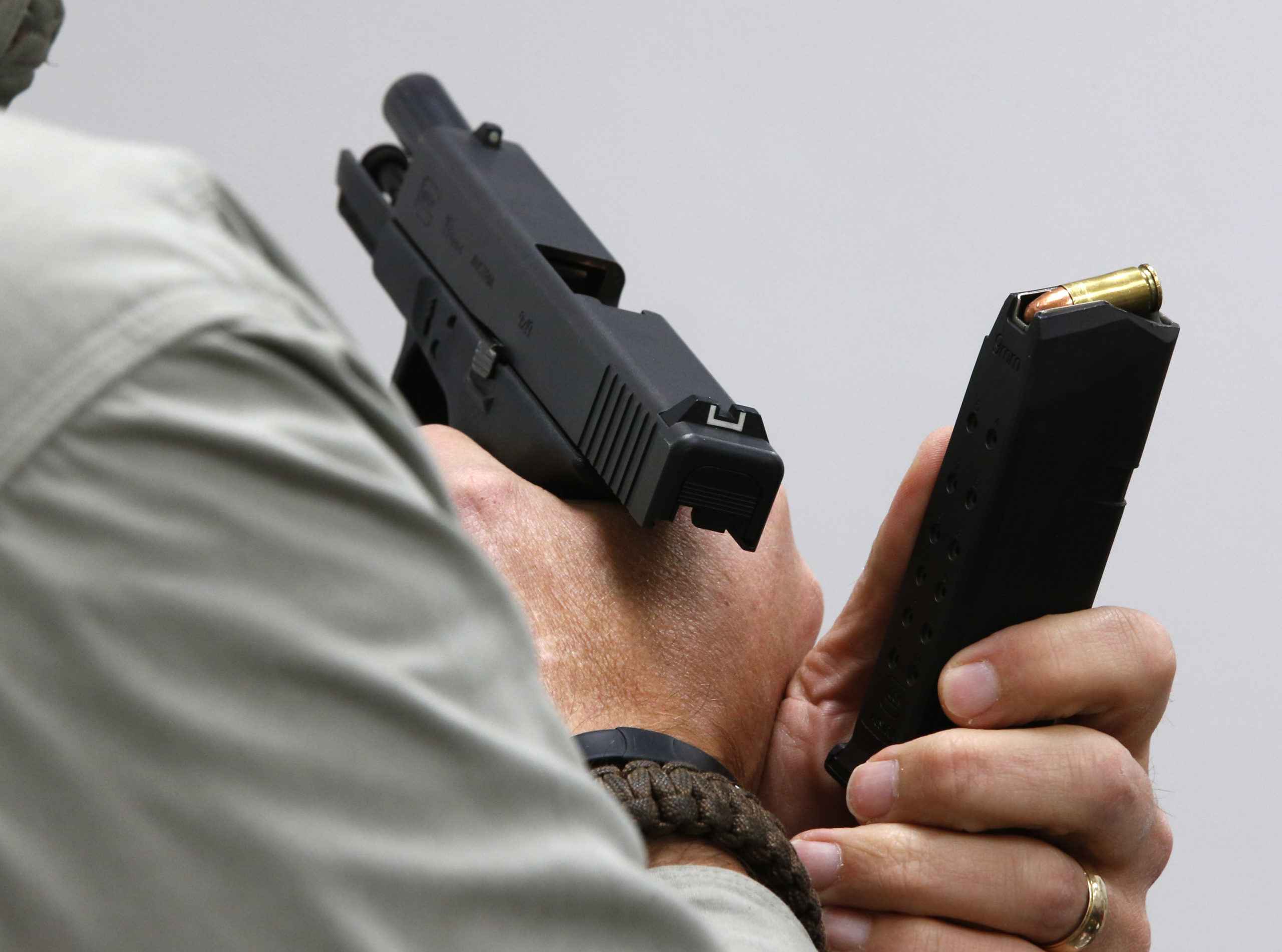 SPRINGVILLE, UT – JAN. 9: Gun instructor Mike Stilwell, demonstrates how you can accidentally put a bullet in backwards in a clip as as he teaches a packed class to obtain the Utah concealed gun carry permit, at Range Master of Utah, on Jan. 9, 2016 in Springville, Utah.  ( George Frey/Getty Images)

The court said the question was  “whether individuals have a right to carry weapons openly in public.” The court reviewed the Supreme Court’s decision in both District of Columbia v. Heller  and McDonald v. City of Chicago and found “Hawaii’s restrictions on the open carrying of firearms reflect longstanding prohibitions and that the conduct they regulate is therefore outside the historical scope of the Second Amendment.”

“This holding is as unprecedented as it is extreme.”

“We now become the first and only court of appeals to hold that public carry falls entirely outside the scope of the Amendment’s protections,” O’Scannlain continued. “In so holding, the majority reduces the right to ‘bear Arms’ to a mere inkblot.”

Wednesday’s decision overturned a 2-1 ruling in the case by a 9th Circuit panel in 2020. The panel ruled Hawaiian officials violated Young’s rights when he was denied the permit to open carry in public, according to the Los Angeles Times.  O’Scannlain wrote the majority opinion for the panel.

The Daily Caller has reached out to the National Rifle Association but did not receive a response by the time of publication.