Migrant children detained at federal emergency shelters said they were given spoiled food and held in overcrowded tents, a lawsuit alleged Monday.

The children also didn’t have access to clean clothes, had a hard time sleeping in brightly lit areas, weren’t able to frequently contact family members and suffered from depression, according to 17 testimonials. The children were mostly from Central America’s Northern Triangle countries and aged nine to 17.

“The food here is horrible,” a 13-year-old Honduran girl said in her testimonial. “Yesterday we were given hamburgers but I couldn’t eat it because there was a foul odor coming from the bread … many times I have been given chicken that was bloody and raw. I remember that during one meal, my friend was given chicken that still had feathers in it and she had to pull out the feathers.” 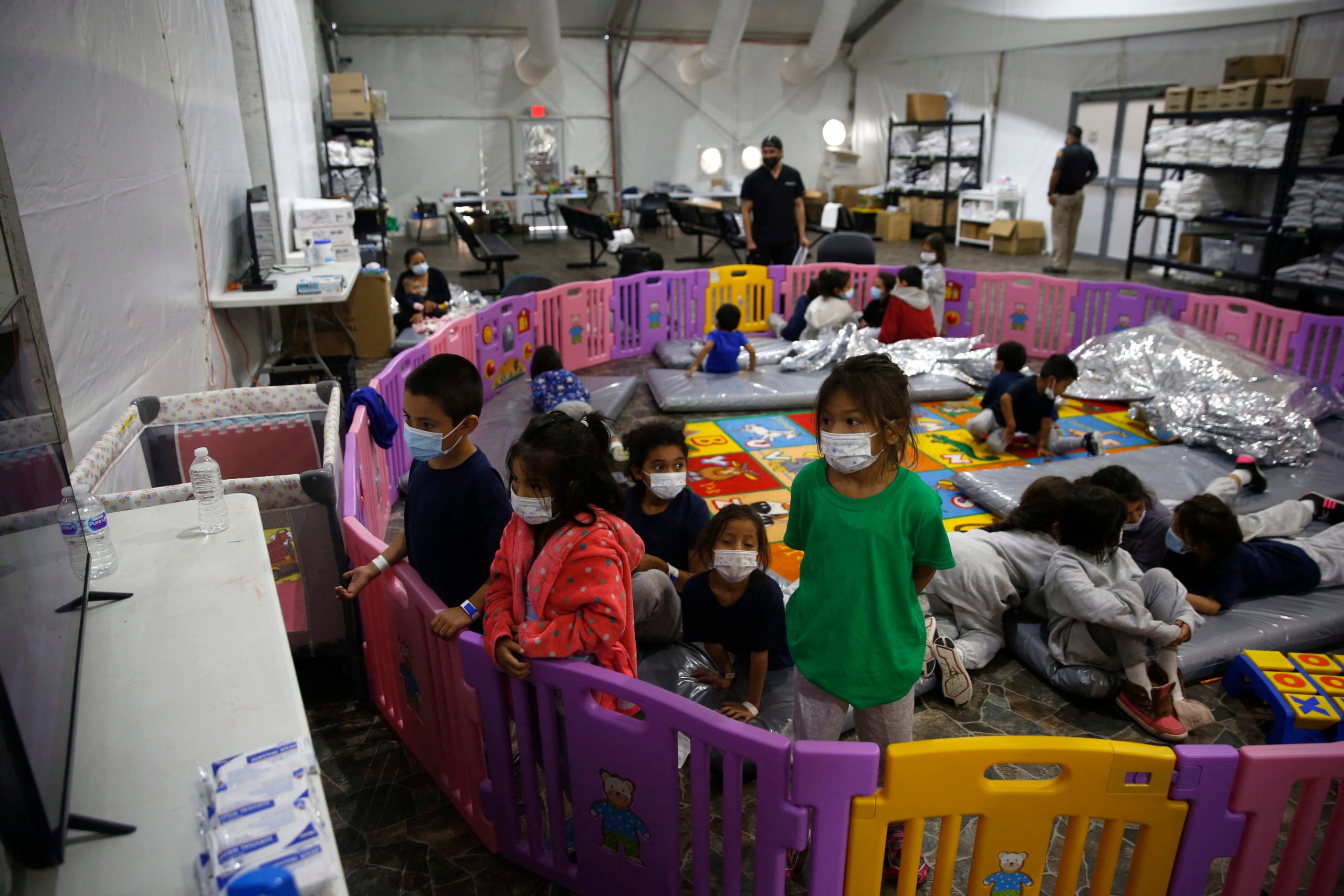 Another detained at Fort Bliss said she slept in a big white tent on cots that were stacked upon each other with 300 other girls, according to her testimony. The 17-year-old Guatemalan said on April 28 that the tent structure was cold and made noise at night.

She added that she had a hard time discussing her depression and wasn’t able to get any information on her immigration case. (RELATED:  What Happens After Migrants Are Released From CBP Custody?)

“A lot of the girls here cry a lot,” the 17-year-old said. “A lot of them end up having to talk to someone because they have thoughts of cutting themselves.”

Migrant children were forced to drink expired milk if they ran out of water at an emergency facility in Houston, Texas, a 14-year-old Guatemalan girl who was at the facility in April said in her testimony. The girl reported hot conditions and frequent thirst at the facility, she also said she saw eight girls who fainted and were taken to a hospital.

“I wasn’t feeling well, so I asked for a doctor. But, every time you would ask for a doctor they would say you are not allowed to have one because this country is not yours,” another 17-year-old Honduran at the Houston facility said.

A 17-year-old Honduran teenager said in a declaration on March 29 they were held at a Dallas, Texas, Convention Center with 2,600 other migrant children.

The Biden administration had to quickly open several emergency intake facilities with the Department of Health and Human Services (HHS) for unaccompanied migrants minors illegally entering the U.S. to move them out of Border Patrol facilities, Reuters reported.

Nearly 14,500 migrant minors were in HHS custody Sunday while another 1,040 were in Customs and Border Protection (CBP) facilities, according to the agency. Border officials encountered over 14,100 unaccompanied minors in May, down from record numbers nearing 19,000 in March and over 17,000 in April.