President Joe Biden announced his administration’s strategy for addressing “the surge in gun violence” Wednesday as violent crime increases in cities across the country.

The administration has been quick to blame gun violence for this increase in crime and the administration has largely focused on other issues – like the COVID-19 pandemic – since Biden took office. White House press secretary Jen Psaki told reporters in May that America has a “guns problem” when asked about soaring crime rates.

Biden’s newly-announced “comprehensive strategy” on stopping this violence focuses largely on guns, as Psaki suggested it would earlier this week. The administration laid out a multi-faceted plan regarding the issue that includes “holding rogue firearms dealers accountable for violating federal laws” and supporting local law enforcement “with federal tools and resources to help address summer violent crime.” (RELATED: After Largely Avoiding The Topic Since Taking Office, Biden Plans To Address Nationwide Rise In Violence)

Biden also highlighted the Justice Department’s recent announcement that it will launch new strike forces focused on “addressing significant firearms trafficking corridors.” The administration said it plans to post more detailed information about its enforcement and inspection findings of federally licensed firearm dealers. Finally, Biden is focused on curbing the use of “ghost guns” and modified firearms, according to Wednesday’s press release.

The administration believes its strategy “attacks the root causes” of violent crime. 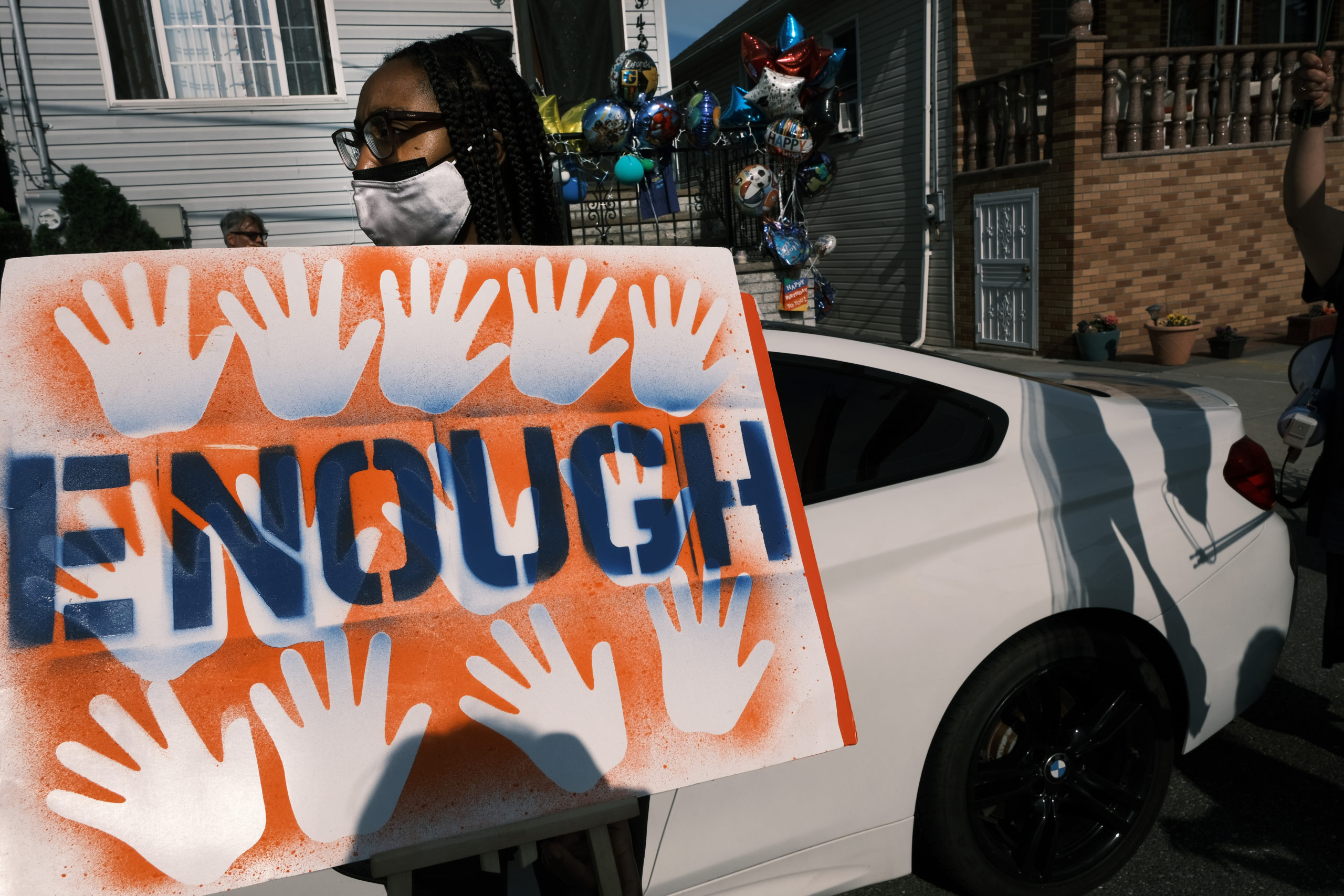 Activists, politicians and community members and others attend a peace vigil to end gun violence in front of the house where a boy was recently shot in the Rockaway section of Queens on June 09, 2021 in New York City. (Spencer Platt/Getty Images)

“As the President has repeatedly said, we are experiencing an epidemic of gun violence in this country,” a press release from the White House read. “This violence robs us of loved ones and causes life-altering physical injuries. It causes lasting trauma, with cascading consequences for children, families, and communities. It steals our freedom, our sense of belonging and security, and has ripple effects for our economy.”

Jurisdictions partaking in this initiative in including Washington, D.C., Atlanta, Georgia and Los Angeles, California.

“Over the next 18 months, the Administration will convene meetings with officials from these communities, facilitate peer-to-peer learning, and provide technical assistance,” according to the press release. “This effort will support both proven and new strategies that reduce gun violence and strengthen community-based infrastructure to enhance public safety for children, families, and communities and to advance equity.”