A spectator who obstructed the path of cyclists at the Tour de France, causing a massive pileup Saturday, remains at large, AFP reported Sunday.

The woman wearing a yellow raincoat and blue jeans was holding out a cardboard sign “ALLEZ OPI-OMI!” — Granny and Grandad in German — when  German rider Tony Martin crashed into the sign and fell, causing dozens of others to crash behind him.

look at this absolute nightmare that resulted pic.twitter.com/3Nf2QFMqHu

The woman will be charged with “unintentional short-term injury through a manifestly deliberate breach of a duty of safety or care” when found by police, lieutenant-colonel Joel Scherer of the French Gendarmerie told AFP on Sunday.

Shortly after the incident, the suspect allegedly fled the scene and may have travelled to Germany, according to Ouest-France. 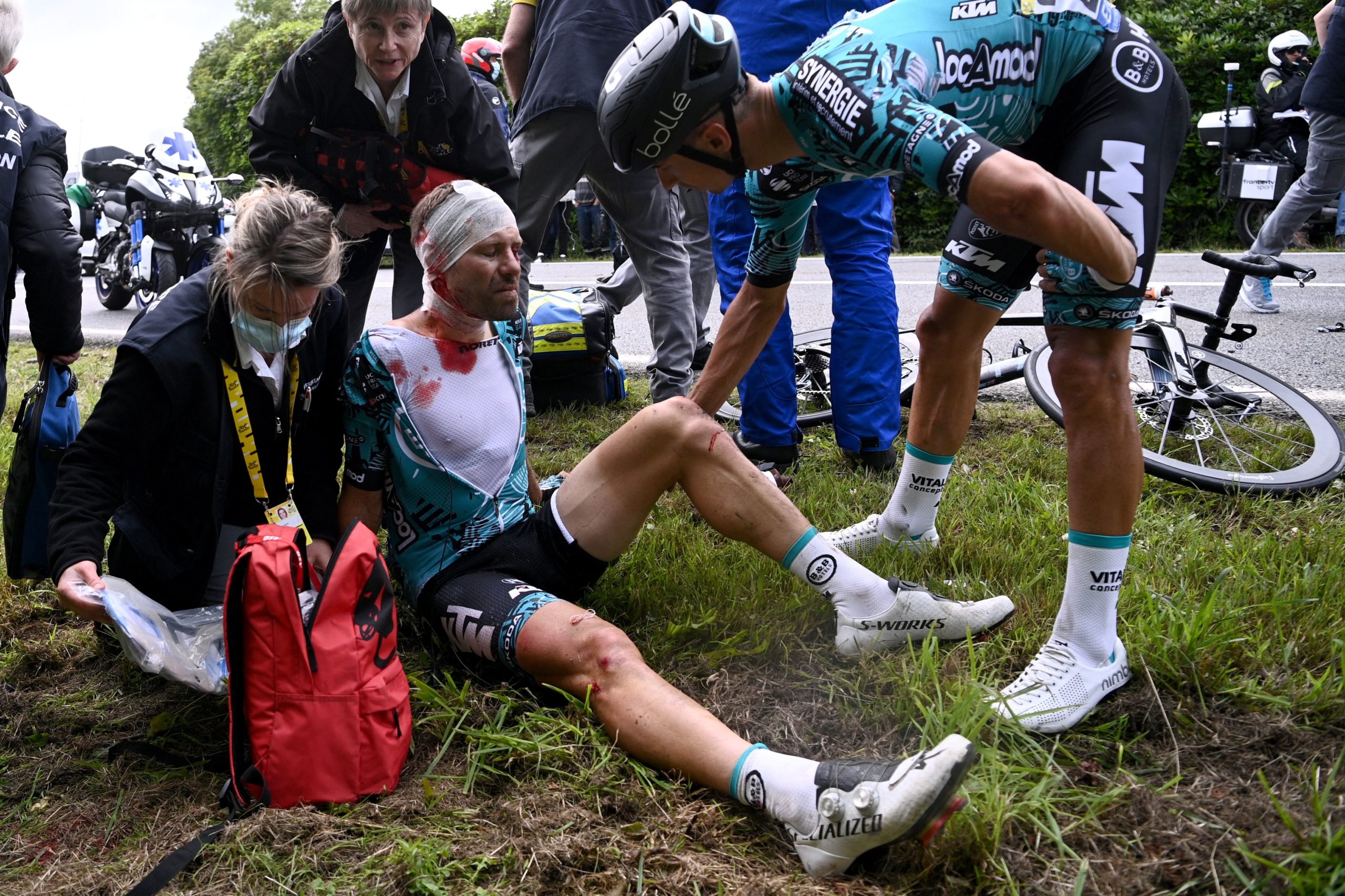 Team B&B KTM’s Cyril Lemoine of France is helped by medical staff members after crashing during the 1st stage of the 108th edition of the Tour de France cycling race, 197 km between Brest and Landerneau, on June 26, 2021. (Photo by Anne-Christine POUJOULAT / POOL / AFP) (Photo by ANNE-CHRISTINE POUJOULAT/POOL/AFP via Getty Images)

Tour de France is filing a separate lawsuit against the fugitive fan, after eight riders needed medical treatment and dozens of other cyclists sustained minor injuries.

“We are suing this woman who behaved so badly,” Pierre-Yves Thouault, the deputy director of Tour de France, told AFP. “We are doing this so that the tiny minority of people who do this do not spoil the show for everyone.”

“I’m fine after the bad crash yesterday and I’m happy to continue,” Martin, the first victim of the suspect’s irresponsible behavior, wrote on Instagram on Monday.
“This message is for the people who think that the Tour de France is a circus, for the people who risk everything for a selfie with a 50 kph fast peloton … please respect the riders and the Tour de France,” the German added.