Chinese President Xi Jinping spoke Thursday at a celebration for the 100-year anniversary of the Chinese Communist Party, commending the party for its accomplishments and asserting China’s role on the world stage.

The hour-long speech, which drew cheers from a curated crowd of 70,000, emphasized the need for one-party rule and the supremacy of the Communist Party, according to the Associated Press. Xi stressed the importance of safeguarding sovereignty and national security, expressing a commitment to govern Hong Kong and “reunify” with Taiwan.

“Resolving the Taiwan question and realizing China’s complete reunification is a historic mission and an unshakable commitment of the Communist Party of China,” Xi said.

“The Chinese people will absolutely not allow any foreign force to bully, oppress or enslave us and anyone who attempts to do so will face broken heads and bloodshed in front of the iron Great Wall of the 1.4 billion Chinese people,” Xi said.

The references to bashing heads and bloodshed were not included in Chinese state media’s English translation of the speech, according to the Associated Press. 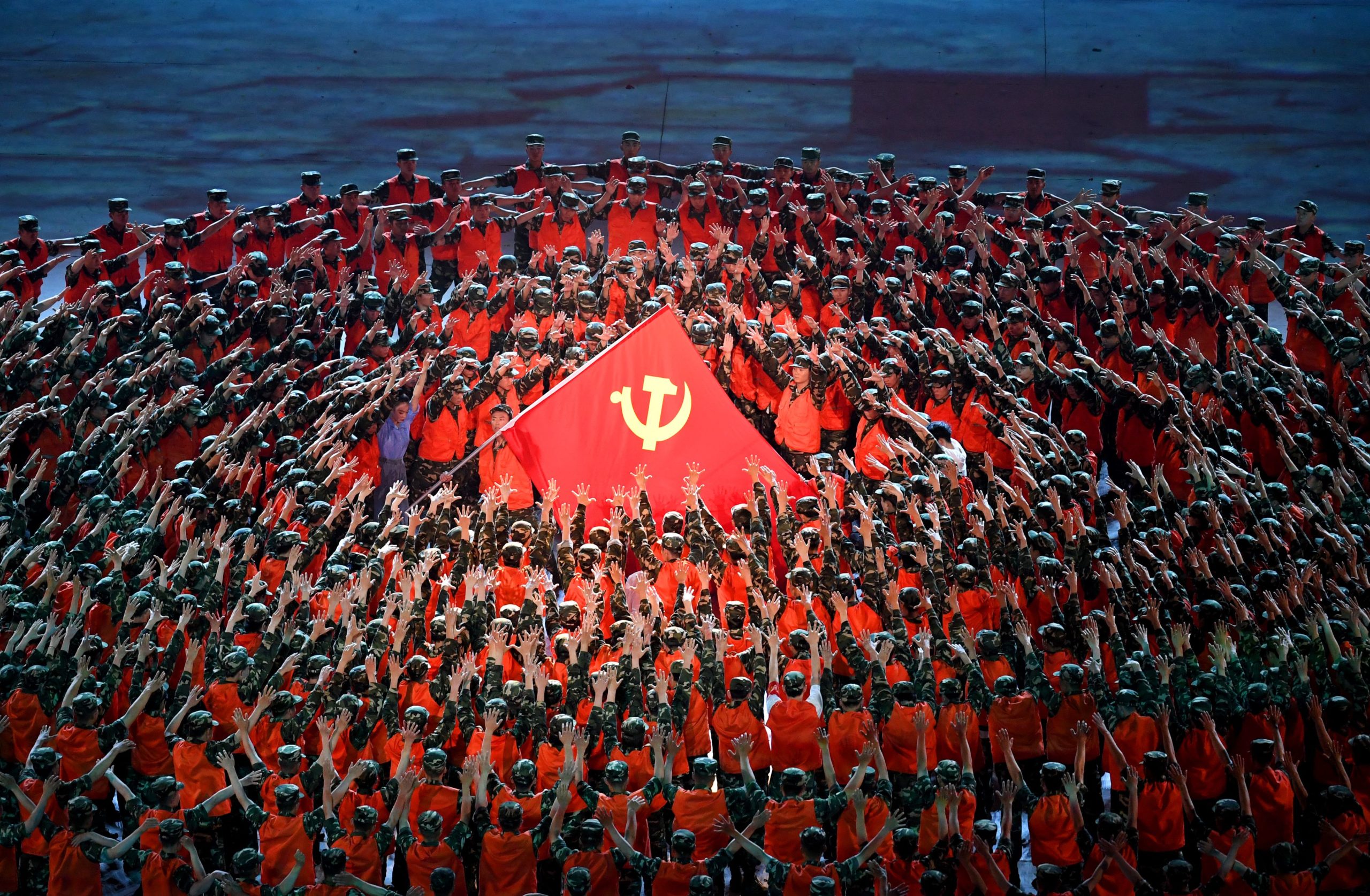 Performers dance during a Cultural Performance as part of the celebration of the 100th Anniversary of the Founding of the Communist Party of China. (Photo by NOEL CELIS/AFP via Getty Images)

China has viewed U.S. diplomatic efforts towards Taiwan as a threat to sovereignty, calling U.S. senators’ visit to the country in June a challenge to “Beijing’s red line over the Taiwan question,” according to Newsweek. China has repeatedly denied Taiwan’s claim to sovereignty under the “One China” policy, which states that the People’s Republic of China is the only legitimate government of China, according to the Center for Strategic and International Studies.

The U.S., along with the vast majority of countries, does not officially recognize Taiwan as a sovereign nation, though the U.S. has maintained unofficial diplomatic relations.

“We will turn the people’s military into a world-class military, with even stronger capabilities and even more reliable means to safeguard the nation’s sovereignty, security and development interests,” he said.

Xi went on to congratulate the Communist Party’s economic policies that allowed China “to transform itself from a highly centralized planned economy to a socialist market economy brimming with vitality.”