Republicans in Congress have issued a warning to their fellow conservatives in state government to not go too far when it comes to redistricting, Politico reported.

Top party strategists have cautioned that overplaying their hand when it comes to gerrymandering could have negative consequences, despite the desire to create more opportunities to elect Republicans to Congress, according to Politico.

The Kentucky GOP congressional delegation, which includes Senate Minority Leader Mitch McConnell, has asked Republicans in the state legislature to let Democratic Rep. John Yarmuth keep his Louisville district intact, rather than fracture it to give conservatives control of all six of the state’s seats, Politico reported.

The rationale behind the effort is to create districts that will remain safely red, regardless of demographic change, and not be thrown out by the court, as Pennsylvania and North Carolina’s redistricted maps were over the last decade, according to Politico.

“It’s been my experience in studying history that when you get real cute, you end up in a lawsuit — and you lose it. And then the courts redraw the lines,” Rep. James Comer told Politico. “So my advice would be to keep Louisville blue.” 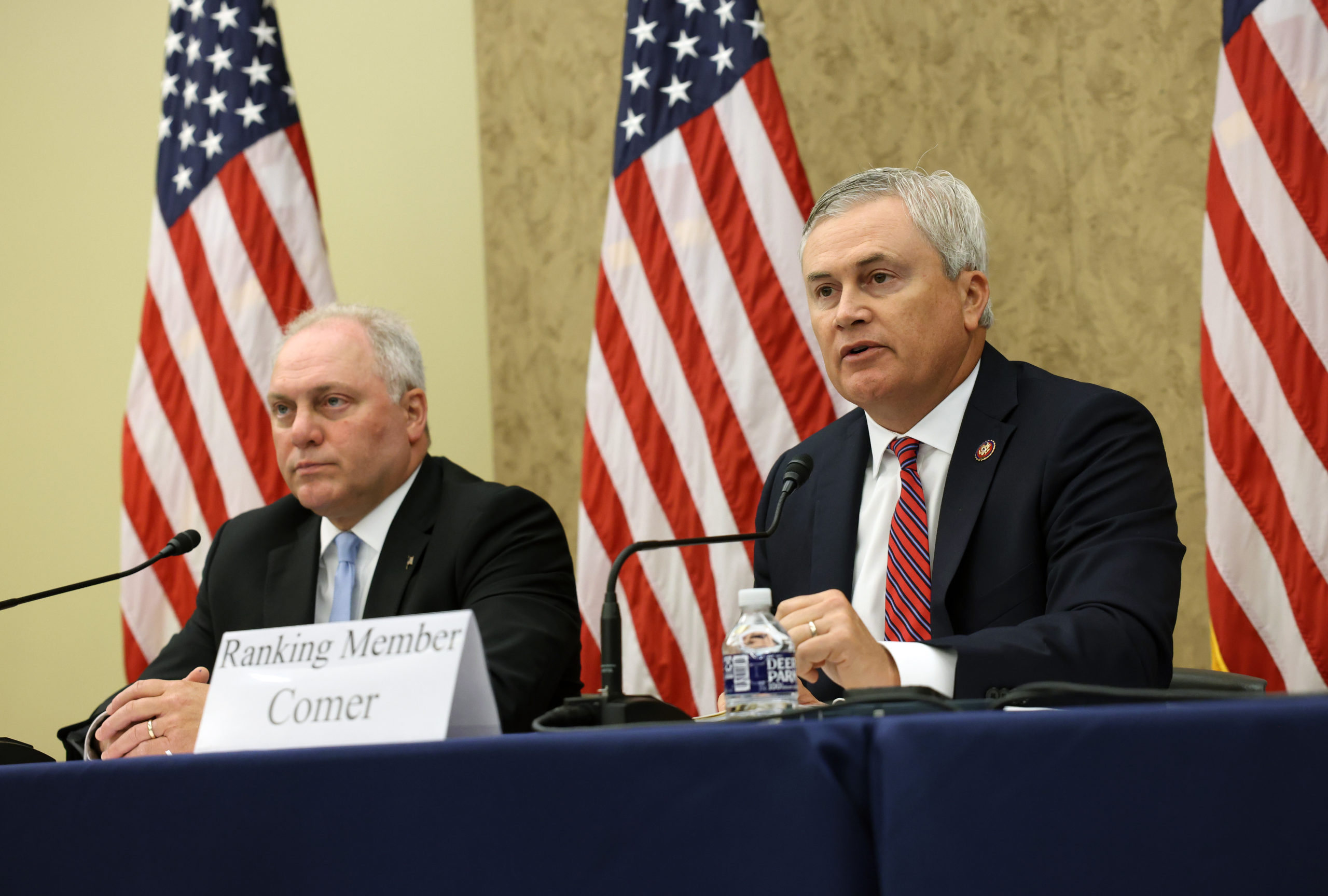 U.S. Rep. James Comer (R) (R-KY) and U.S. Rep. Steve Scalise (R-LA) participate in a Republican-led forum on the origins of the COVID-19 virus at the U.S. Capitol on June 29, 2021 in Washington, DC.(Photo by Kevin Dietsch/Getty Images)

“There’s an old saying: Pigs get fat. Hogs get slaughtered,” Rep. Patrick McHenry told Politico. “And when it comes to redistricting, that is, in fact, the case.” (RELATED: Census Bureau Announces States In The South, Northwest Pick Up Congressional Seats)

Politico noted that the Trump era has made it more difficult to determine how a district will swing, with Democrats making gains in traditionally red suburbs, while Latino-majority districts have become less blue. Carving up blue cities also means putting the other red districts at greater risk of becoming competitive, as they would absorb portions of the liberal areas.

But Democrats who reside in red states expect Republicans to use every advantage they have to retake the House, according to Politico. Democratic Rep. Emanuel Cleaver, who’s district includes part of Kansas City, told Politico that several Missouri lawyers have already spoken to him about providing representation if his district is transformed.

“Don’t be an innocent about this,” he told Politico. “What’s to restrain them? They have a supermajority. There’s a three-vote difference here, and they’re going to obey Emily Post etiquette?”