White House press secretary Jen Psaki told the Daily Caller on Friday that the White House has “no intention to maintain a database” on vaccinations after Health and Human Services (HHS) Secretary Xavier Becerra’s comments sparked concern over the weekend.

Becerra spoke to CNN on Sunday regarding President Joe Biden’s plan to go “door-to-door” in an effort to get more Americans vaccinated. The “door-to-door” initiative was criticized by Republicans, although the White House later told the Daily Caller that the government isn’t obtaining personal information on non-vaccinated Americans and that the individuals knocking on doors are local volunteers.

Despite the White House’s previous comments on not specifically targeting or keeping information on those who aren’t vaccinated, Becerra said Sunday that it is “absolutely the government’s business” to know who is vaccinated and who isn’t.

Becerra also said the administration wants “to give people the sense that they have the freedom to choose.”

Republican lawmakers highlighted Becerra’s comments, with Sen. Marsha Blackburn of Tennessee pushing back on the suggestion it isn’t a choice and Rep. Lauren Boebert of Colorado demanding to know “the truth.” 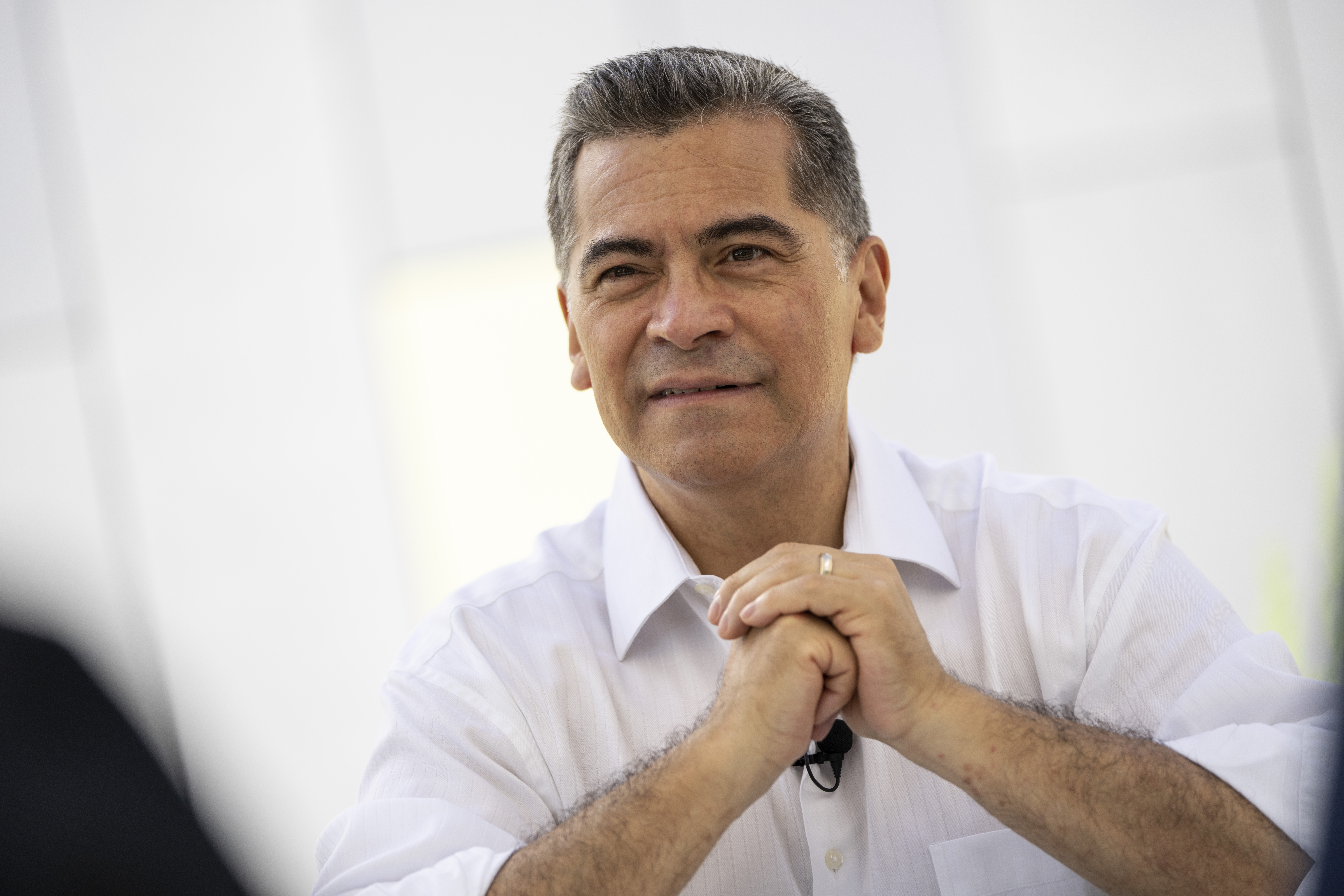 Psaki clarified the mixed messaging on Friday, telling the Caller that – despite Becerra’s comments – the administration doesn’t keep a database on vaccinated individuals and has no plans to going forward. (RELATED: Here’s What Joe Biden’s ‘Door-To-Door’ Vaccine Campaign Actually Looks Like)

“The Administration does not maintain a database of individuals vaccinated and we have no intention to maintain a database in the future,” Psaki explained to the Daily Caller. “Our focus is on providing information about the efficacy and availability of vaccines to provide individuals the opportunity to protect themselves and their neighbors from the virus.  That is the President’s position and also what the Secretary made clear in his tweet.”

Becerra tweeted a clarification on Thursday and claimed his comments were “being taken wildly out of context.”

“To be clear: government has no database tracking who is vaccinated. We’re encouraging people to step up to protect themselves, others by getting vaccinated. It’s the best way to save lives and end this pandemic,” Becerra wrote.

The White House has repeatedly noted it is up to Americans to get vaccinated, although it has continued to develop various initiatives aimed at informing people about the vaccine and making it easier to get.

The administration previously told the Caller that it uses publicly available data from the Centers of Disease Control and Prevention (CDC) to focus on low-vaccination areas and it has been firm in saying they will not mandate vaccines.