Republican Texas Sen. Ted Cruz released a statement Monday praising the Cubans who are fighting back against the communist regime, saying he and Americans support their efforts to push back.

Cruz also said that President Joe Biden and his administration must tell Cubans that the U.S. stands with them in their fight, saying the regime “will be consigned to the dustbin of history.” Thousands of protesters have taken to the streets of Cuba in opposition to the government.

Many videos have shown large crowds marching down the streets shouting “libertad,” which is “Spanish for “freedom,” while waving the American flag. (RELATED: Anti-Government Protests Erupt Throughout Cuba, Demanding Freedom)

“The Cuban people have fought against the tyranny of the Communist regime for decades, and have taken to the streets demanding liberty. This regime has brutalized and denied freedom to generations of Cubans, forcing many including my family to flee or be murdered, and over the coming days will widen its violence to try to suppress the brave protesters in the streets,” Cruz said in a statement. 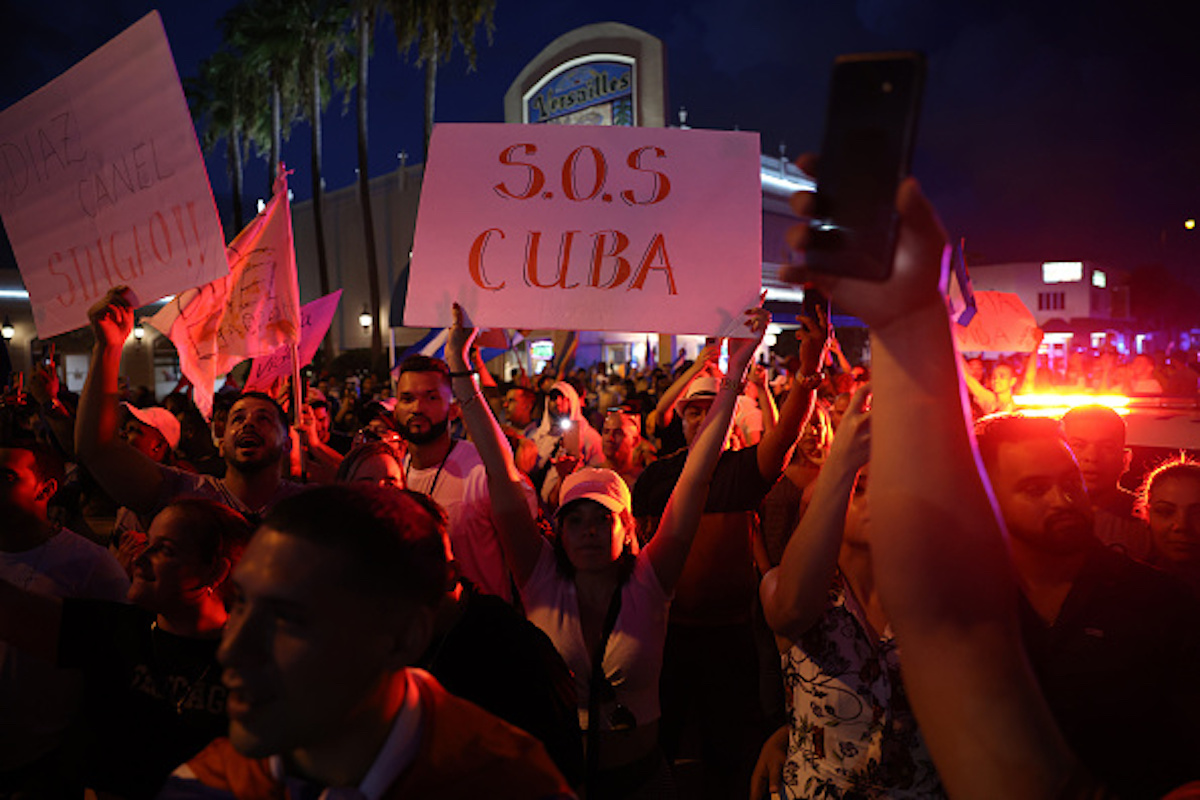 People rally near Versailles, a Cuban restaurant in the Little Havana neighborhood, in support of the protests in Cuba on July 11, 2021 in Miami, Florida. Thousands took to the streets across Cuba to protest pandemic restrictions, the pace of Covid-19 vaccinations and the Cuban government. (Photo by Anna Moneymaker/Getty Images)

“The American people stand squarely with the men and women of Cuba and their noble fight for liberty, and the Biden administration must unequivocally and forcefully tell the world as much – immediately. There’s no doubt the Communist Cuban regime will be consigned to the dustbin of history – where despots and dictators are not absolved for the suffering they inflicted on their citizens,” Cruz added. (RELATED: Rep. Jim Jordan: Protesters In Cuba ‘Seem To Love The American Flag More Than Some Of Our Olympic Athletes’)

A crowd of protesters gathered outside of the Communist Party headquarters Sunday chanting, “Cuba isn’t yours!” (RELATED: State Department Official Claims Cuban Anti-Government Protest Are About COVID-19, Not The Communist Regime)

Other Republican senators, such as Florida Sen. Marco Rubio, have continued to share their support with the Cubans.