Democratic lawmakers reportedly included the Protecting the Right to Organize Act, a partisan pro-union bill, in their $3.5 trillion reconciliation deal.

Senate Budget Committee Chairman Bernie Sanders listed the Protecting the Right to Organize (PRO) Act among several policy priorities that would be jammed into a single legislative package, according to NBC News reporter Sahil Kapur. The PRO Act includes provisions that make it easier for labor unions to organize private-sector workers and harder for employees to leave a union.

“The only thing the PRO Act does is protect the $1.6 billion that unions donate to support left wing organizations,” Rep. Virginia Foxx, the ranking member of the House Education and Labor Committee, said in March.

Unions would receive about $20 billion per year in union dues, $9 billion more than they receive now, if the PRO Act is enacted, according to an Institute for the American Worker report. (RELATED: Labor Union That Failed To Organize Amazon Workers Declares Moral Victory, Promises To Challenge Election Results. Here’s What Happens Next)

The bill has wide support among unions, but has been vigorously opposed by business and right-to-work groups. The U.S. Chamber of Commerce called it “a threat to America’s workers, employers, and our economy” in February.

But American Federation of Labor and Congress of Industrial Organizations President Richard Trumka said the PRO Act is “about strengthening fundamental civil rights” and gives all workers basic protections. 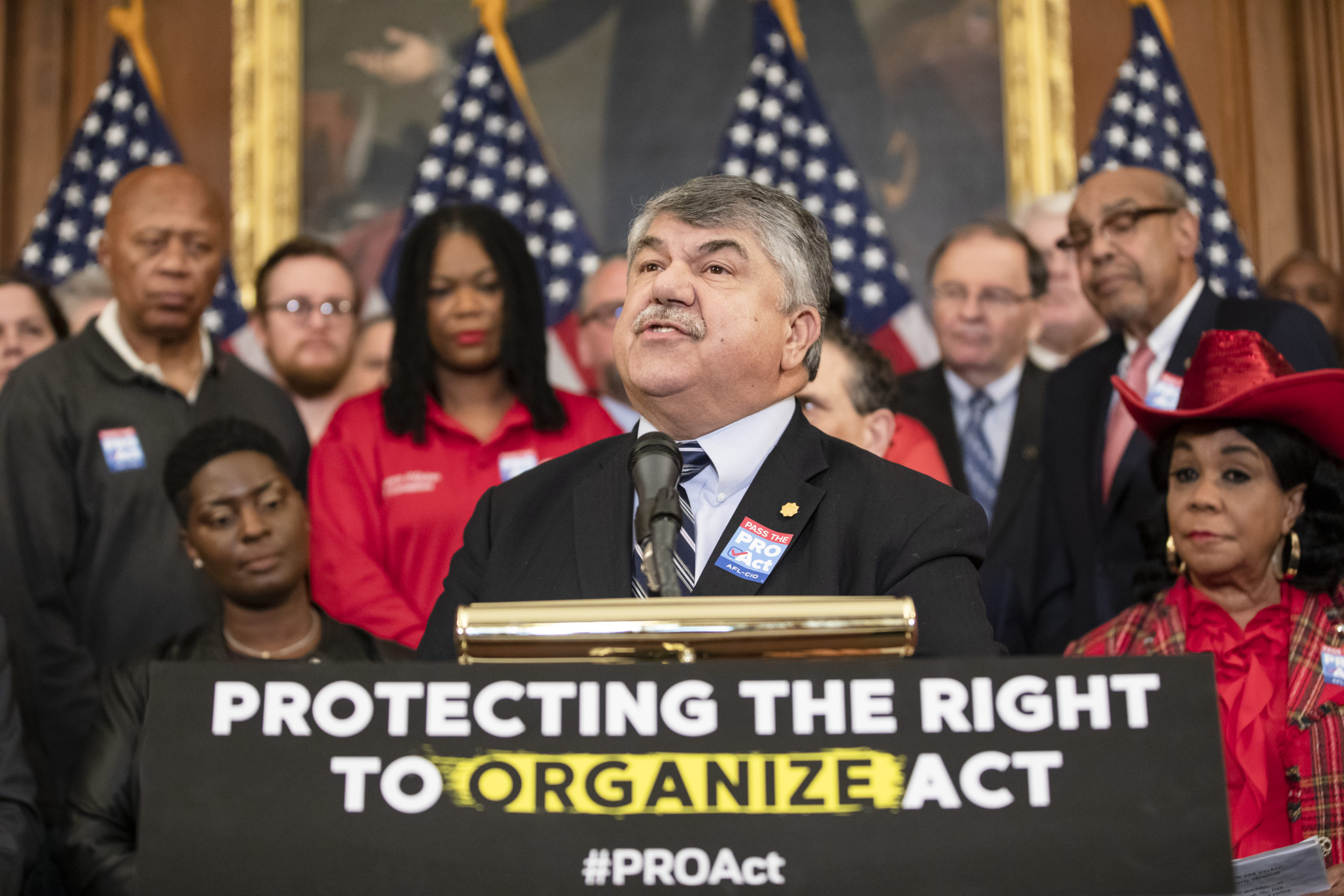 Over the last several decades, unions have seen membership numbers rapidly decline. Just 11% of U.S. workers were members of a union as of January compared to 20% about 40 years ago, according to Department of Labor data.

“What this bill is about is giving union officials dramatic new powers over employees. There’s nothing in this bill that deals with individual employee rights. Nothing,” National Right to Work Legal Defense Foundation President Mark Mix told the Daily Caller News Foundation in May.

The House passed the PRO Act as a standalone bill in March and President Joe Biden promptly vowed to sign it if delivered to his desk. The bill has faced roadblocks in the Senate where it would need 60 votes to pass.

However, if included in Democrats’ reconciliation deal, the PRO Act could be enacted with just a simple majority in the Senate. Democrats passed the American Rescue Plan in March without any Republican support using the reconciliation mechanism.

In addition to the PRO Act, Sanders said Democrats’ reconciliation deal would lower the minimum Medicare age, include child care funds, have climate change-related provisions, increase taxes on the wealthy and include several immigration priorities, according to Kapur.