The World Health Organization (WHO) announced Thursday that it would amend its China-led report into the origins of COVID-19, the same day that the Biden administration announced a new push against perceived COVID-19 “disinformation.”

WHO characterized the changes regarding the first confirmed COVID-19 patient as “unintended errors,” in a statement to The Washington Post. The report confused two different COVID-19 patients, although the body claims that its error did not affect either “the data analysis process [or] the conclusions.”

The WHO considers the first confirmed case of COVID-19 to be a 41-year-old man who became sick on Dec. 8, 2019. However, the report initially listed the first case as a 61-year-old man with a different virus sequence, according to The Washington Post. The Chinese government lists the first patient as becoming sick Dec. 16, however, and other reports indicate that the first patient may have become sick as early as Nov. 17. (RELATED: Chinese Government Finally Acknowledges Underreporting Coronavirus Cases)

“We need more explanation about what the source of the error and the information was,” Lawrence Gostin, a professor of global health law at Georgetown University, told The Washington Post.

“Who made the errors? Was it China, was it the team, was it WHO itself?” he asked. “There’s no clarity, and this does feed into public distrust of the integrity and rigor of the origins investigation.”

The WHO spokesman, Tarik Jasarevic, confirmed that WHO is still investigating the discrepancy in China’s reporting on the first reported case. He added that the confusion over the viral sequence in regards to the first case was a result of “editing errors.”

WHO reports and fact sheets are frequently cited by fact checkers, social media companies, and government officials. Shortly before the WHO announcement, the Biden administration announced that it would partner with private companies as part of an aggressive campaign against COVID-19 related “disinformation.” Many social media companies and news organizations dismissed the COVID-19 lab leak theory as “disinformation.”

Facebook included labels for posts discussing COVID-19 throughout the pandemic. One such label listed the claim that “COVID-19 is man-made or manufactured” as “debunked.” Facebook introduced that label in February 2021, following “consultations with leading health organizations, including the World Health Organization.” It removed the label May 26, following renewed interest in the lab leak theory. (RELATED: Facebook-Backed Group That Tracks Disinformation Dismisses Wuhan Lab Leak Theory As An ‘Outright False Narrative’) 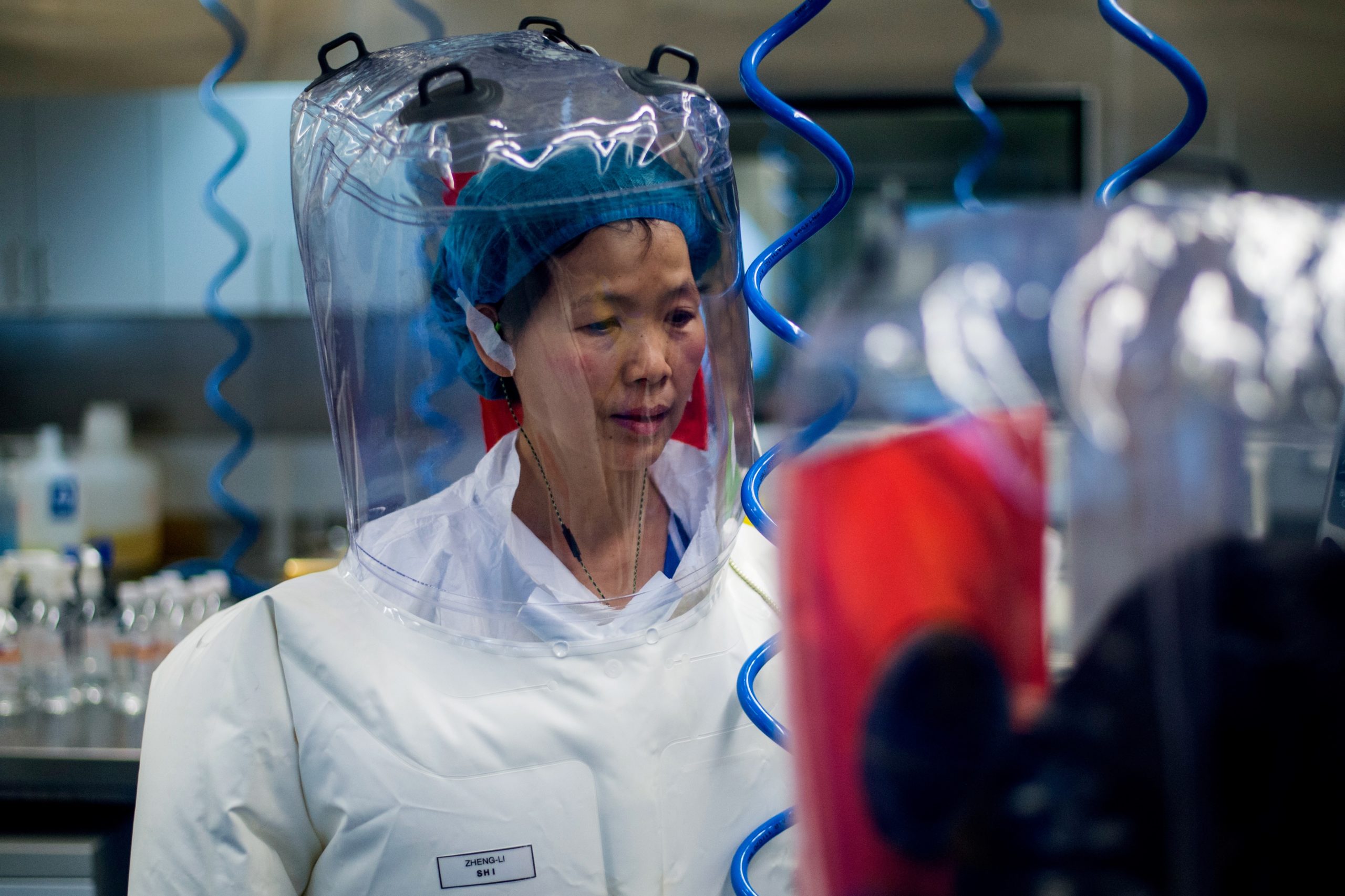 Chinese virologist Shi Zhengli is seen inside the P4 laboratory in Wuhan, capital of China’s Hubei province, on February 23, 2017. (Photo by JOHANNES EISELE/AFP via Getty Images)

Press secretary Jen Psaki announced Thursday that the White House would be “flagging problematic posts for Facebook that spread disinformation,” particularly related to vaccines. Psaki blamed “12 people who are producing 65% of anti vaccine misinformation,” although she did not name them. Facebook limits the reach of posts listed by fact-checkers as “disinformation,” “false,” or “debunked.”

Surgeon General Vivek Murthy blamed social media and technology for the spread of “health misinformation” during the pandemic in a report released Thursday.

The Democratic National Convention (DNC) will be reporting what it perceives as “misleading” texts from right-leaning figures about COVID-19 and vaccines to mass-texting services like Twilio and Bandwidth, the Washington Examiner reported Wednesday. The DNC denied an initial report from Politico that it would be reporting text messages to cell carriers.

Social media sites and other Big Tech firms began aggressively policing what they perceived to be “disinformation” in the aftermath of the 2016 election. This sometimes led them to eliminating legitimate content. Facebook and Twitter suspended the New York Post and banned it from sharing an article about Hunter Biden’s business dealings with overseas companies. The sites cited policies on “disinformation” and “hacked materials,” despite the fact that they could not confirm how the New York Post obtained Hunter Biden’s laptop. The Daily Caller News Foundation later confirmed that Biden’s laptop had not been tampered with.