Former White House press secretary Sarah Sanders announced Thursday that she raised $4.2 million during the second quarter of her gubernatorial run in Arkansas.

The new numbers put her total campaign fundraising at over $9 million dollars since she announced her bid in January. Sanders’ campaign and local news outlets have reported that the fundraising numbers are historic, saying it is the most ever raised by a campaign for governor in Arkansas.

“I am thankful for the outpouring of support from all across our state,” Sanders said in a statement. “It’s clear Arkansans want a leader who will defend our freedom and stand up to the radical left, grow our economy and create jobs, and increase access to quality education and opportunity for a brighter, more prosperous future.”

Thank you for the outpouring of support from all across our state and country! pic.twitter.com/cvWsvnp6xV 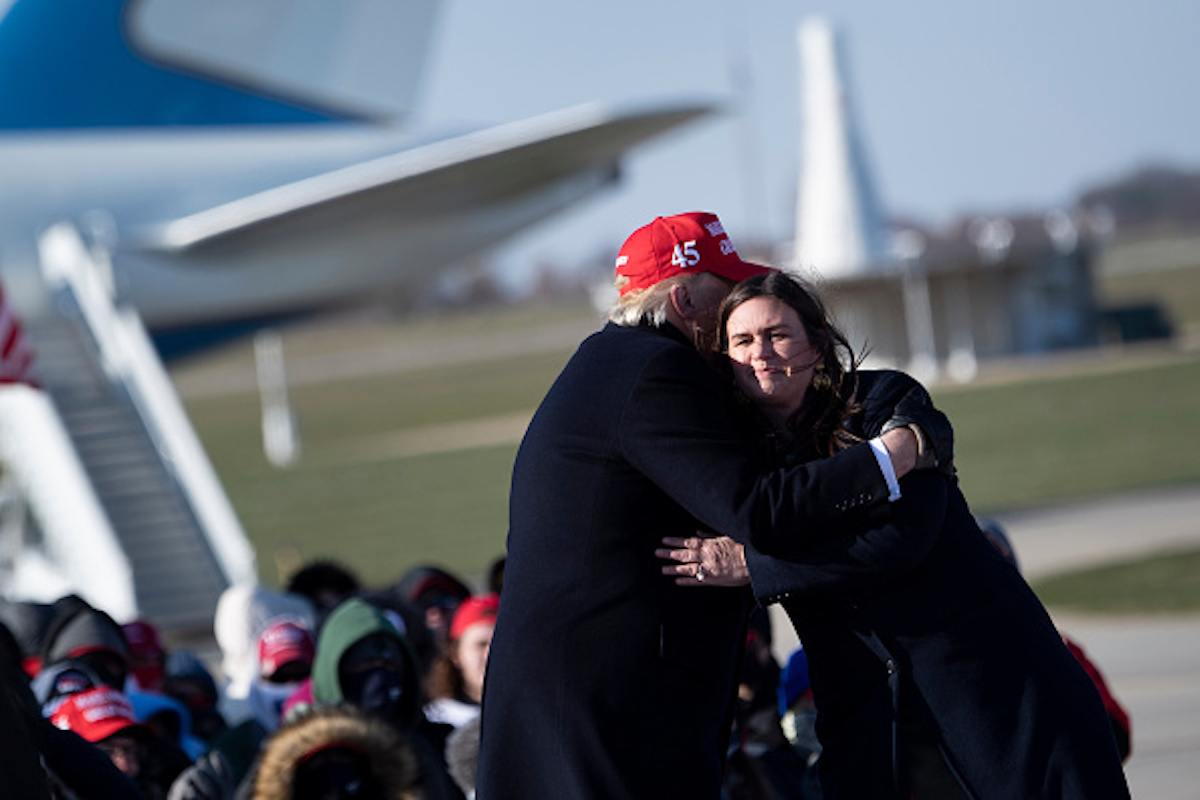 Former President Donald Trump endorsed Sanders back in January and highlighted issues he believes she has been strong on. Trump also made a surprise appearance at a campaign event for Sanders in March. (RELATED: Trump Makes Surprise Appearance At Sarah Huckabee Sanders Campaign Event)

“Sarah is strong on Borders, tough on Crime, and fully supports the Second Amendment and our great law enforcement officers,” Trump said in a statement. “She loves our Military and Veterans — and her home state of Arkansas. Sarah will be a GREAT Governor, and she has my Complete and Total Endorsement!” (RELATED: Sarah Huckabee Sanders Announces Run For Governor In Arkansas)

Sanders is running to replace Republican Gov. Asa Hutchinson, who cannot run again due to term limits. Sanders will have to defeat Attorney General Leslie Rutledge for the Republican Party’s nomination.