The diplomatic relationship between the U.S. and China has hit a “stalemate,” a top Chinese Foreign Ministry official said amid bilateral talks between the nations.

Vice Foreign Minister Xie Feng informed Deputy Secretary of State Wendy Sherman that relations faced “serious difficulties” during a meeting in Tianjin, China, between the two sides over the weekend, according to a Chinese Foreign Ministry news release Monday. Feng slammed how the U.S. “demonizes” China and portrays it as an “imagined enemy.”

“It is the United States, not anybody else, who is the inventor, and patent and intellectual property owner of coercive diplomacy,” China said in a statement Monday. “It is the United States who has engaged in broad unilateral sanctions, long-arm jurisdiction and interference in other countries’ internal affairs.”

Beijing further accused the U.S. of blaming all of its “political, economic and social issues” on China. (RELATED: China Sanctions Former Top Trump Official, Six Others In Response To Hong Kong Actions) 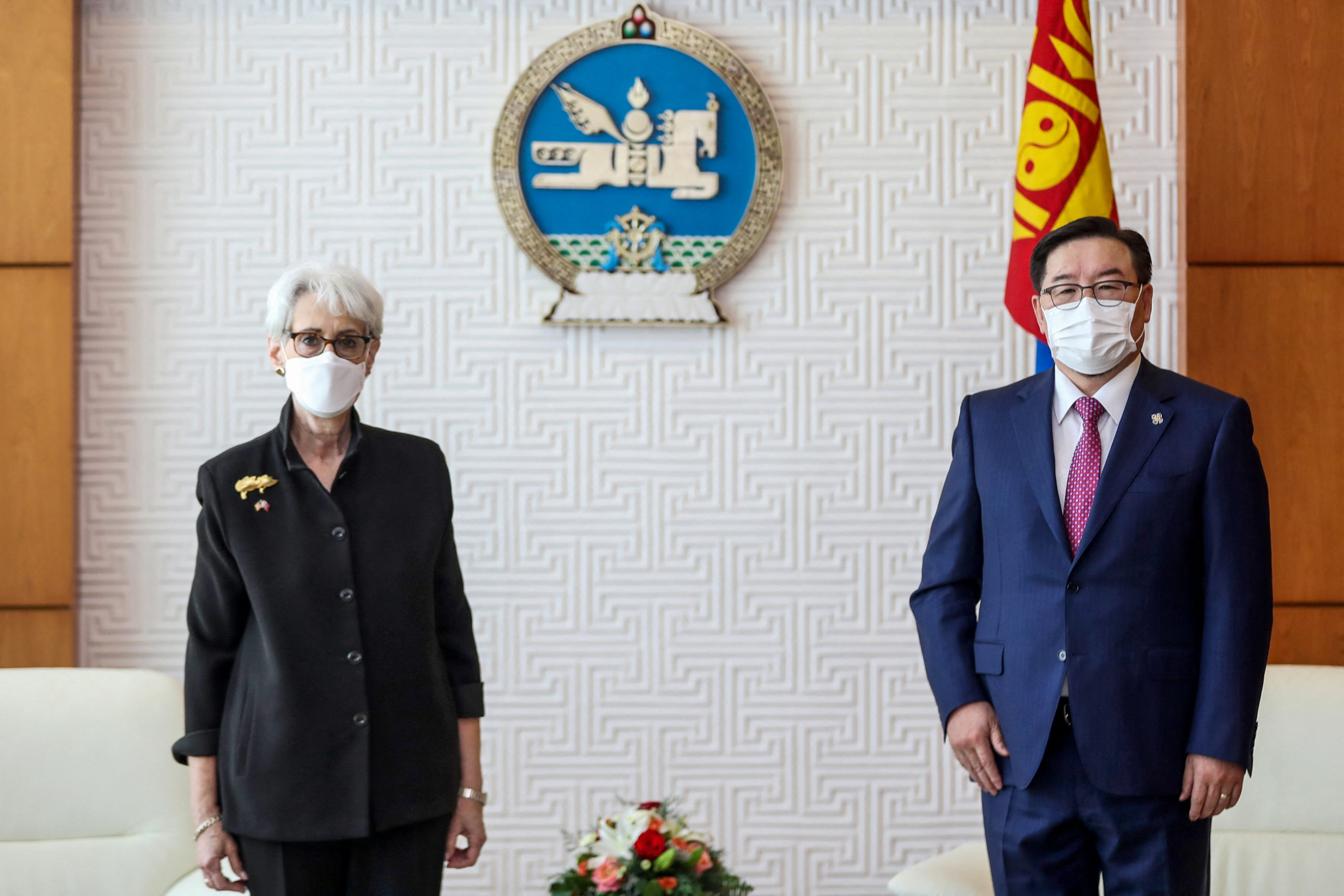 Deputy Secretary of State Wendy Sherman pictured with Mongolia’s parliamentary speaker in Ulaanbaatar, Mongolia on Saturday, one day before she traveled to China. (Byambasuren Byamba-Ochir/AFP via Getty Images)

Sherman met with top Chinese diplomats including Feng and Foreign Minister Wang Yi on Sunday and Monday, according to the State Department. She is the highest-ranking U.S. official to visit China since President Joe Biden took office in January.

The State Department said Sherman had a “frank and open discussion” with Chinese officials. She also raised a series of hot-button issues including human rights abuses in Hong Kong and Xinjiang, the Chinese government’s curtailing freedom of the press and its conduct in cyberspace.

“The relationship between the United States and [China] is a complex one, and our policy is very complex as a result,” Sherman told The New York Times in an interview Monday. “We believe our relationship can tolerate that nuance.”

She noted that the two sides were “quite direct” with each other during the meeting.

During the first high-level meeting between the Biden administration and China in March, top diplomat Yang Jiechi reportedly delivered a 15-minute speech condemning the U.S. approach to his country’s affairs. He told Secretary of State Antony Blinken that the U.S. had no business interfering in Chinese internal issues when black Americans are being “slaughtered.”