The U.S. military has launched additional airstrikes this week to support the Afghan government in its fight against the Taliban, the Pentagon said Tuesday.

The ramped-up airstrikes show increased American support following the U.S. withdrawal and Taliban gains in the region, according to the Department of Defense’s statement, the Associated Press reported. The strikes used both conventional warplanes and armed drones and aircrafts are flown from bases outside of Afghanistan, since the U.S. no longer has combat planes in the country.

“A number of strikes have occurred over the last several days from both manned and unmanned strike platforms,” said Pentagon spokesman Maj. Robert Lodewick, the AP reported. Last week’s airstrikes were aimed at Taliban combat positions and military equipment captured by the group, according to other officials. 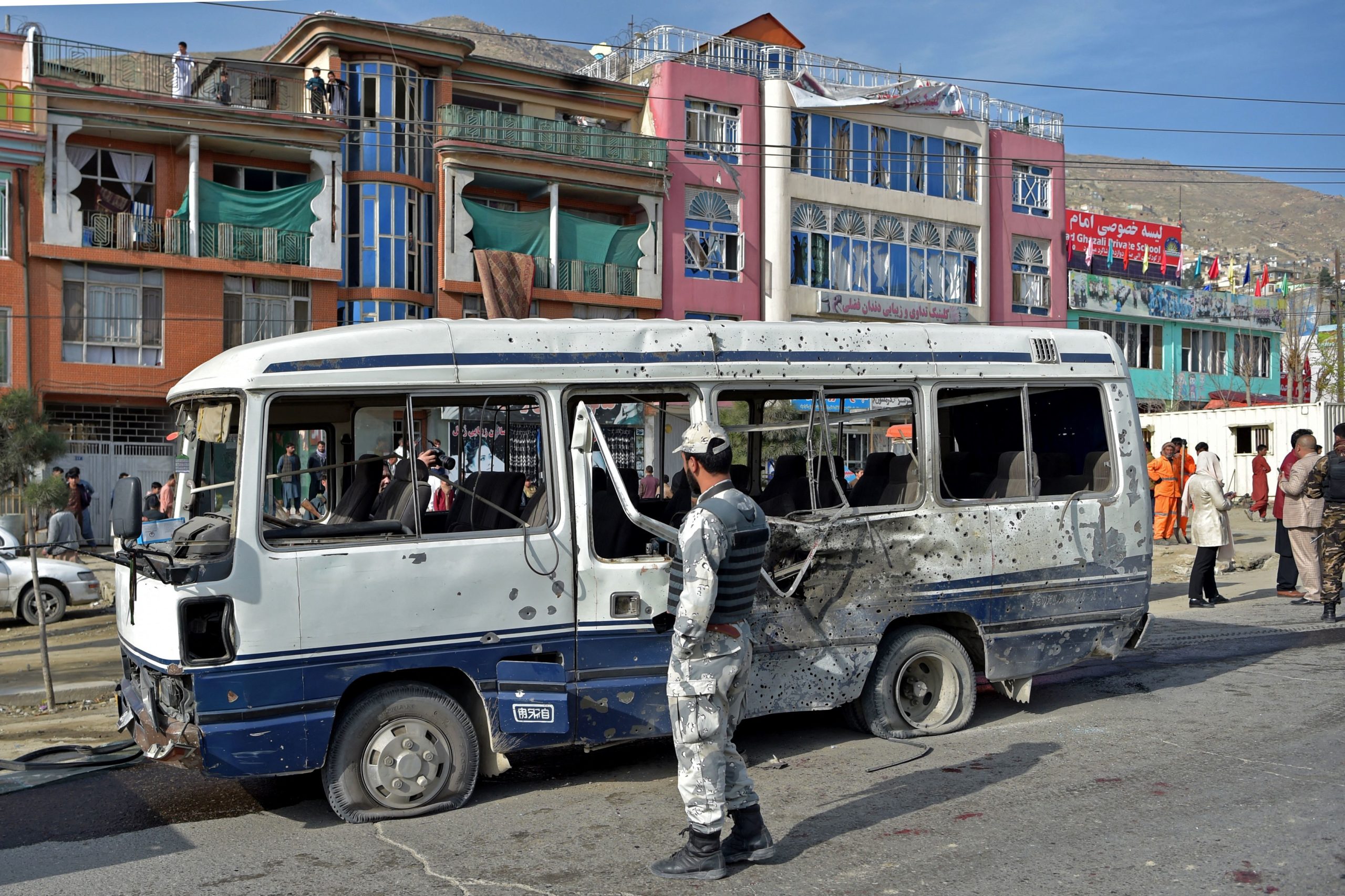 A security personnel is seen near a damaged vehicle after a blast in Kabul on March 18, 2021. (Photo by WAKIL KOHSAR/AFP via Getty Images)

The head of U.S. Central Command, Gen. Frank McKenzie, who is responsible for the U.S. military withdrawal and decisions on air support for Afghan troops, said Sunday that airstrikes had been increasing, the AP reported.

“We’re prepared to continue this heightened level of support in the coming weeks if the Taliban continue their attacks,” McKenzie said. He added that the U.S. was contracting “logistics support both here in Kabul and over-the-horizon in the region, funding for them, intelligence sharing, and advising and assisting through security consultations at the strategic level.”

The U.S. troop withdrawal is over 95% complete and is supposed to be finished by Aug. 31., according to Central Command, the AP reported. It is not clear if the U.S. will continue providing airstrike support to Afghan government forces after the August date.

The Pentagon has airlifted over 980 loads of equipment out of the country and shifted control to the Afghan Ministry of Defense in more than seven facilities, according to the latest update from Central Command, CNBC reported. President Joe Biden previously set the deadline for troop withdrawal for Sept. 11.