A majority of Americans are pessimistic about the future after a recent surge in delta variant cases across the country, according to an Axios/Harris poll published Monday.

Following the uptick in delta variant cases, 54% of respondents say “the worst is still ahead of us,” compared to 46% who say it “is behind us,” according to a Harris poll. The results indicate a decline from a previous Harris poll at the beginning of July, where 70% of respondents said that the worst of the pandemic was behind us.

The delta variant and the possibility of future lockdowns are the main reasons Americans are more pessimistic, according to Axios. (RELATED: Obama Planning Massive Birthday Celebration Amid Delta Variant Concerns)

Among respondents surveyed, 76% said they were “very” or “somewhat” concerned about the delta variant, compared to 24% who were “not at all” or “not too concerned.”

The poll was conducted online from July 30-Aug. 1 among a sample of 2,026 adults and does not list a margin of error.

Dr. Anthony Fauci claimed Sunday that the U.S. was likely to see more infections caused by the delta variant but not enough for states to start reissuing lockdowns.

“That’s a 21% increase in the last week. So where do we go from here?,” ABC’s “This Week” host Jonathan Karl asked Fauci. 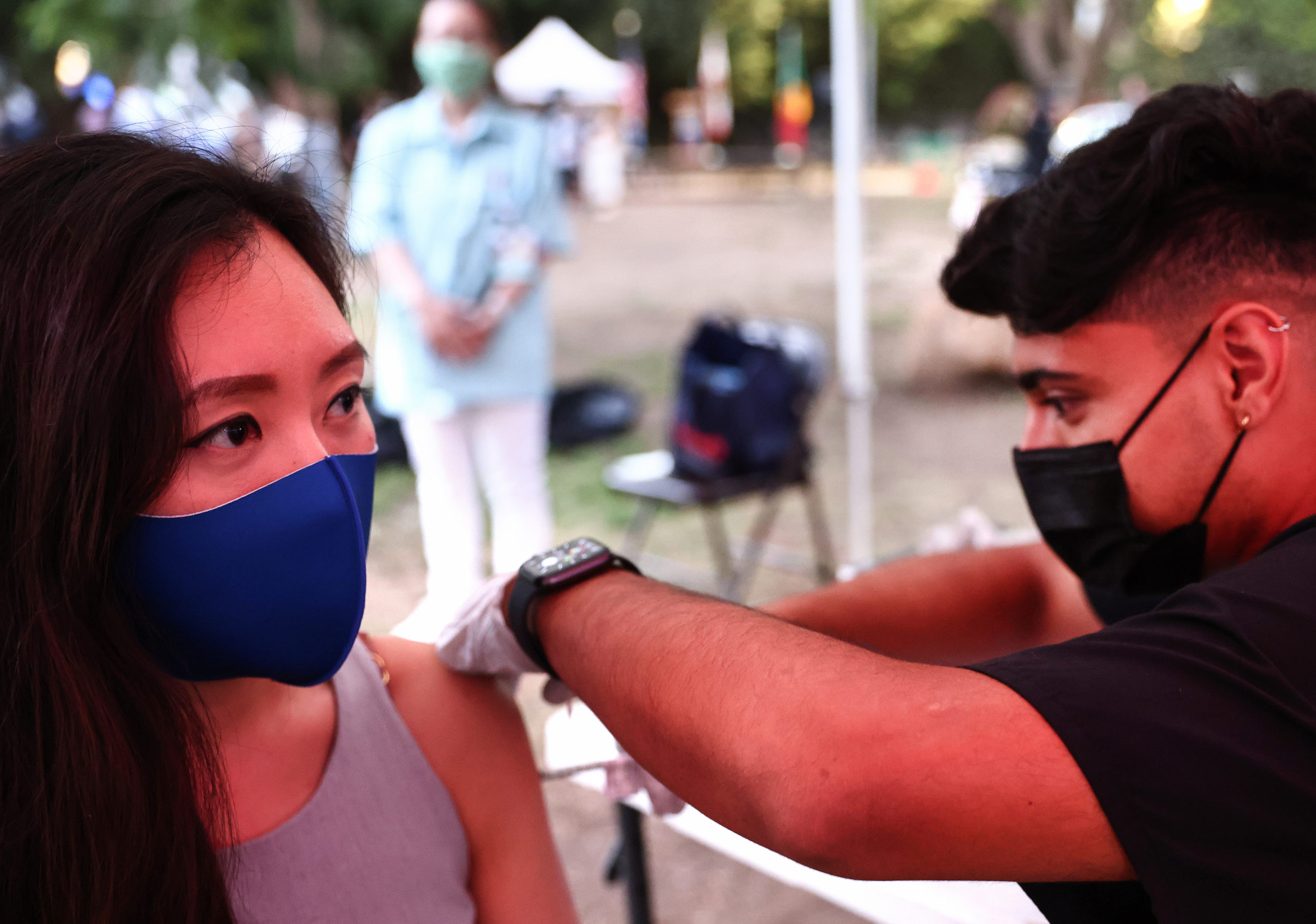 Registered nurse Efrain Ayala (R) administers a COVID-19 vaccination dose to a person as part of a National Night Out event hosted by Melrose Action on August 03, 2021, in Los Angeles, California. (Photo by Mario Tama/Getty Images)

“I don’t think we’re going to see lockdowns. I think we have enough of the percentage of people in the country, not enough to crush the outbreak,” Fauci responded. “But I believe enough to not allow us to get into the situation we were in last winter. Things are going to get worse.”

In the U.S., 83% of analyzed COVID-19 cases are from the delta variant, the Centers for Disease Control and Prevention’s (CDC) Director Rochelle Walensky said in July while testifying in the Senate.

“This is a dramatic increase,” Walensky said, which is a contrast to the week of July 3, where the Delta variant was found in only 50% of sequenced samples. “In some parts of the country, the percentage is even higher, particularly in areas of low vaccination rates.”