Private companies added 330,000 jobs in July, far fewer than expected and the lowest amount since February, according to a major payroll report.

The 330,000 jobs added to private payroll last month represented a significant decline from the 680,000 jobs added in June, the ADP National Employment Report showed. Economists predicted that private companies would add 653,000 jobs in July, nearly double the number reported Wednesday, according to CNBC.

“The slowdown in the recovery has also impacted companies of all sizes,” she continued. “Bottlenecks in hiring continue to hold back stronger gains, particularly in light of new COVID-19 concerns tied to viral variants.” (RELATED: ‘A Good Sign’: Fewer People File For Unemployment In States Cutting Federal Bonus, Data Shows) 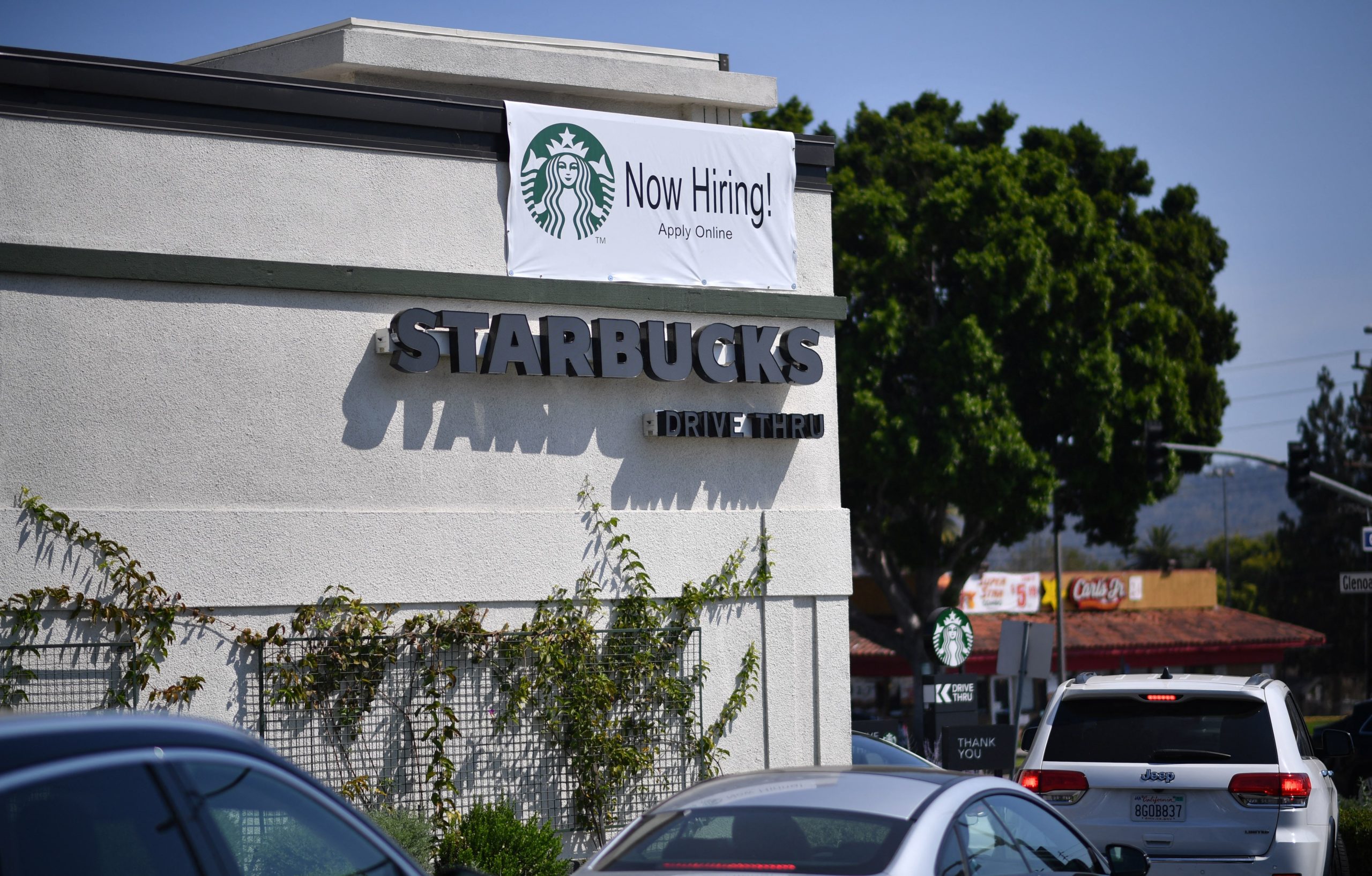 A “Now Hiring” sign is displayed outside a Starbucks drive-thru in Glendale, California. (Robyn Beck/AFP via Getty Images)

The leisure and hospitality sector grew the most with 139,000 jobs added in July. Franchise stores added 105,400 with the bulk of those coming in the restaurant industry.

The major stock market indices dropped sharply Wednesday morning after ADP released the report. The Dow Jones Industrial Average dropped 0.56% while the S&P 500 remained 0.35% down one hour after the market opened.

Meanwhile, the number of job openings has surged to all-time highs in recent months, according to Department of Labor data. There are currently an estimated 9.2 million job openings nationwide while the national unemployment rate hovers near 6%.

The unemployment rate had dropped to 3.5% in February 2020 before the pandemic triggered a recession.

But Richardson predicted that barriers to job growth, such as new coronavirus variants, will subside making way for large future private payroll gains.