Both Republicans and Democrats engaged in marathon talks Thursday in a bid to vote on a package of amendments and to advance the sweeping public works package. Doing so, however, required approval from all 100 senators, and Tennessee Republican Sen. Bill Hagerty refused to go along even as his Republican colleagues urged him to do so.

In a statement, Hagerty attributed his objection to  the Congressional Budget Office’s estimation that the bill would add $256 billion to the national debt over 10 years.

“While we’ve heard for weeks that [the infrastructure bill] would be paid for, it’s not. It didn’t just come up short, it came up a quarter of a trillion dollars short,” Hagerty said. “Despite this news, I was asked to consent to expedite the process and pass it. I could not, in good conscience, allow that to happen at this hour – especially when the objective of the majority is to hurry up and pass this bill so that they can move quickly to their $3.5 trillion tax-and-spend spree,” he added, referring to Democrats’ proposed reconciliation package. (RELATED: Trump Erupts After Republicans Move Forward With Bipartisan Infrastructure Deal) 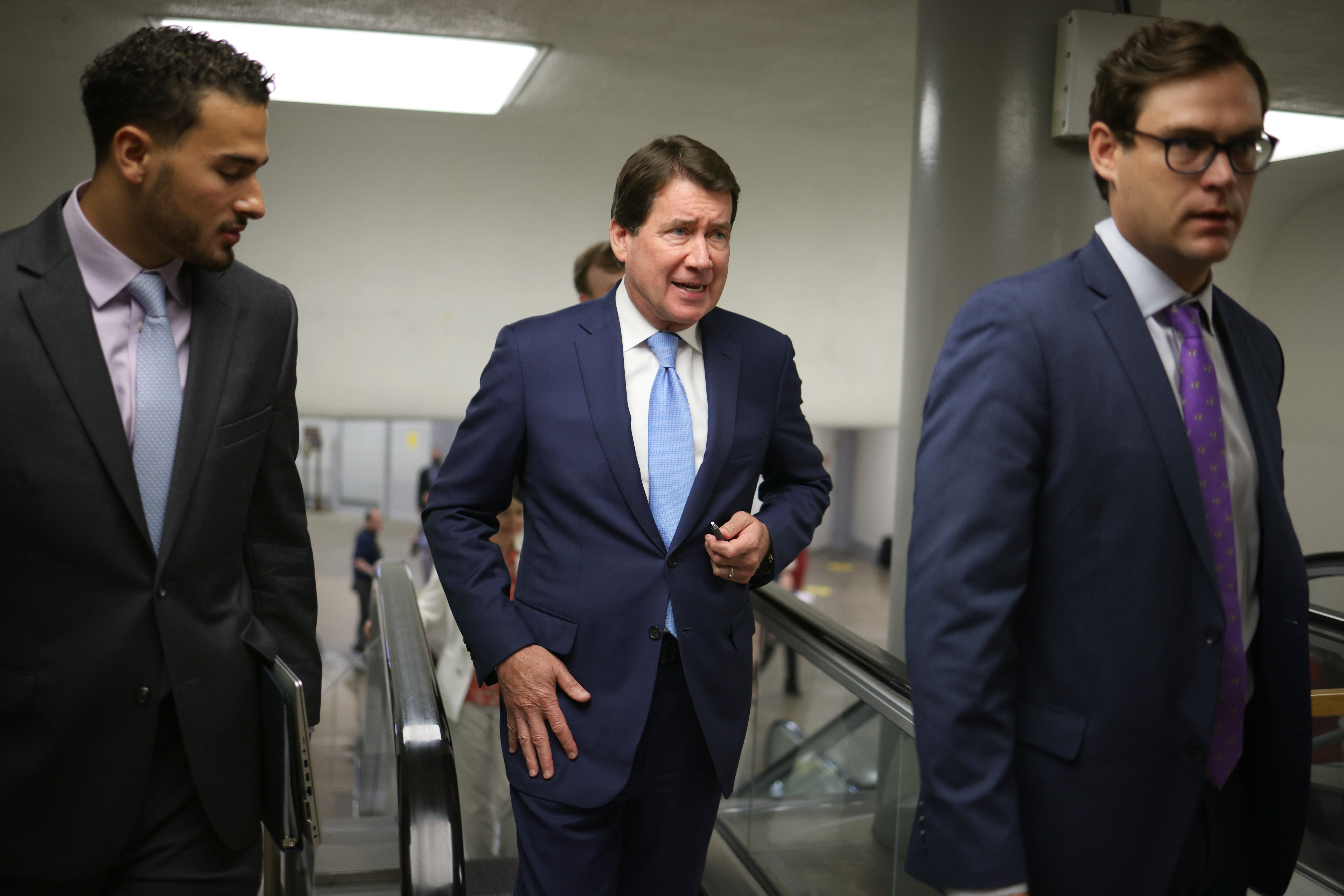 Despite the roadblock, the bill’s central negotiators remained confident that the bill was close to final passage.

“While we weren’t able to agree on additional amendments today, I also look forward to us reconvening on Saturday and proceeding under regular order to finish what will be historic legislation both in its bipartisan nature and the impact it will have on this country,” said Arizona Sen. Kyrsten Sinema, Senate Democrats’ lead negotiator and a co-sponsor of the bill. (RELATED: Senators Officially Introduce Infrastructure Bill, Hope For Final Passage In Days)

Schumer said on the Senate floor that Democrats were met with “numerous objections” to expediting the bill.

“The Senate has considered 22 amendments during this process and we’ve been willing to consider many more,” he said after announcing that senators had failed to reach an agreement. “In fact, we have been trying to vote on amendments all day but have encountered numerous objections from the other side.” (RELATED: Bipartisan Infrastructure Bill Clears First Senate Hurdle, 17 Republicans Vote In Favor)

Schumer added that after the Senate voted on the infrastructure bill Saturday it would immediately take up the budget resolution, clearing the way for Democrats to start their bid to pass their reconciliation package addressing issues from climate change and infrastructure to health care and education.

Saturday’s upcoming vote requires 60 senators voting in support in order to overcome a filibuster. If the infrastructure bill advances, it will be set to sail to final passage, which requires just a simple majority vote.