Senators officially unveiled their bipartisan infrastructure bill during a rare Sunday session, touting the $1.2 trillion package as an “historic investment.”

“We know that this has been a long and sometimes difficult process, but we are proud this evening to announce this legislation, and we look forward very much to working with our colleagues in a collaborative and open way over the coming days to work through this historic investment in infrastructure,” Sinema said on the Senate floor.

Portman also lauded the bill on the floor, commending his bipartisan group for “getting it right tonight for the American people, for the economy and for the future of our great country.”

The Senate was in session on both Saturday and Sunday as senators worked to finalize the bill’s text. Though 66 senators voted to officially begin debate on the bill on Friday, negotiators hit several last minute hiccups that delayed its official introduction to Sunday night. 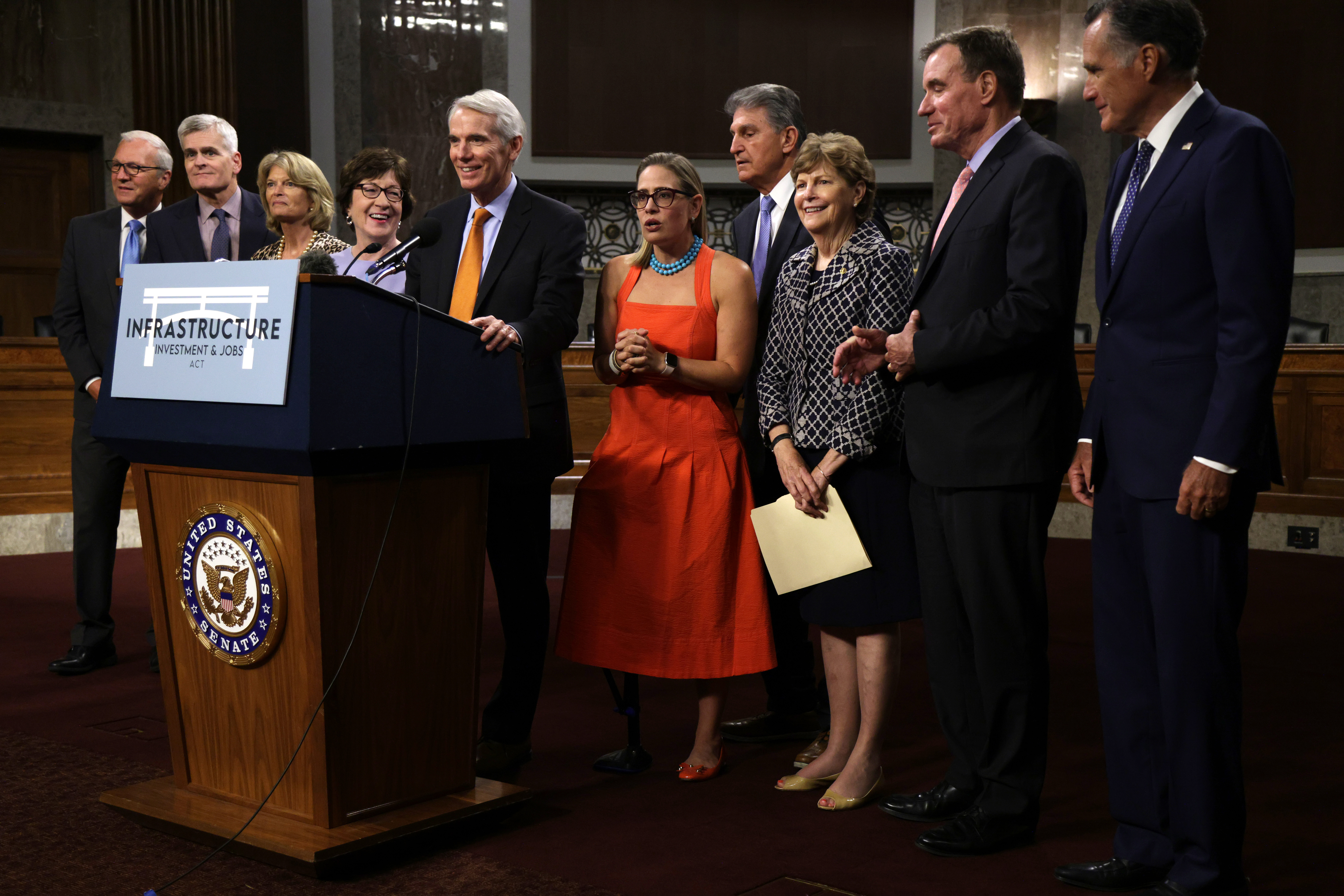 Multiple senators, including Majority Leader Chuck Schumer, are optimistic that they will be able to pass the bill this week, before the Senate is scheduled to depart Washington, D.C., for its August recess.

Despite the bill’s bipartisan support, some conservatives immediately objected to its size and scope.

“I’ve got real concerns about this bill. A lot of them,” said Utah Republican Sen. Mike Lee at the beginning of an extended floor speech. “This body has no business passing this legislation in a matter of just a few days … We at least need a few weeks.” (RELATED: Trump Erupts After Republicans Move Forward With Bipartisan Infrastructure Deal)

While the bill appears to have enough support to pass the Senate, its path to Biden’s desk is far from guaranteed. Some progressives have tied their support for the bipartisan bill to Democrats’ proposed $3.5 trillion reconciliation package, which Republicans unanimously oppose and about which several moderates have shown concern.

Democrats also have just a three-seat margin in the House, meaning that minimal progressive defections could tank the bipartisan package.