Three Florida teachers died from coronavirus over the course of 24 hours, the Broward Teachers Union confirmed in a statement.

The Broward Teachers Union confirmed Thursday two teachers and a teacher’s assistant in Broward County contracted the virus while on summer break, NBC Miami first reported. The union confirmed this information with the Daily Caller after originally noting four teachers died. The information was later updated to reflect that three teachers died. One of the individuals was a 48-year-old female teacher, another was a 48-year-old elementary school teacher and the third individual was a 49-year-old female teacher assistant at an elementary school.

A fourth individual was a Broward County Public Schools graduate “with close ties to the school district through her job.” It is unclear what her position was.

At least three of the individuals were not vaccinated, according to the union. One of the teachers had reportedly been cleared by their doctor to get the vaccine.

Another teacher assistant is also in the hospital fighting the virus, according to NBC Miami.

“It really hits because we’ve been in this conversation about masking up in schools; our own elected governor acting like masks are not necessary,” Fusco said, according to NBC Miami.

The school board voted earlier in the week to require masks in schools in defiance of Republican Gov. Ron DeSantis’ ban on mask mandates. DeSantis announced Monday that the state’s board of education would withhold the salaries of superintendents and school board members who mandate masks. DeSantis’ office clarified Friday it does not manage the payroll for local officials and cannot dock individual pay.

Rather, the state could withhold funding in the exact amount of school officials’ salaries. 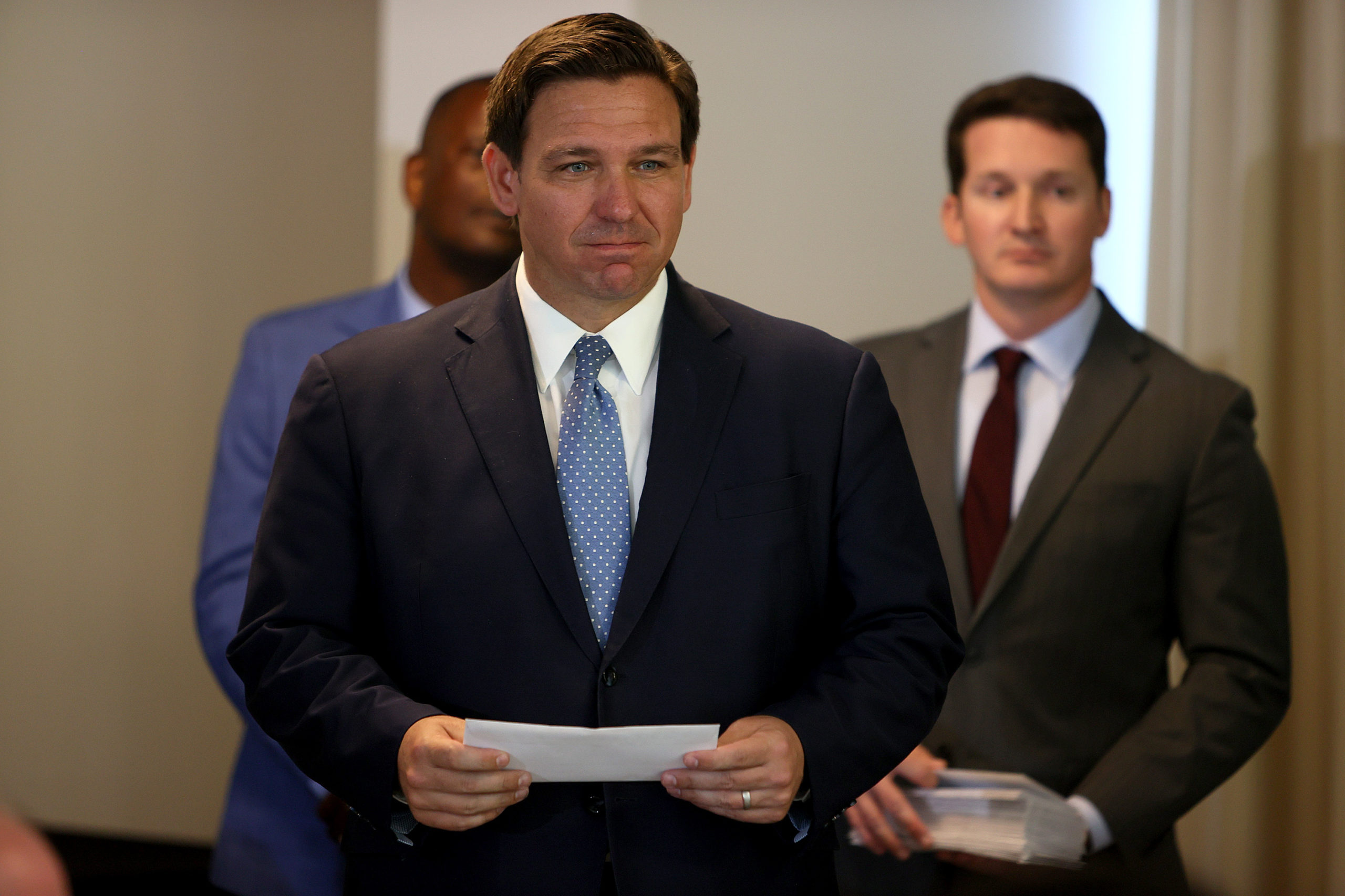 SURFSIDE, FLORIDA – AUGUST 10: Florida Gov. Ron DeSantis waits to present a check to a first responder during an event to give out bonuses to them held at the Grand Beach Hotel Surfside on August 10, 2021 in Surfside, Florida. (Joe Raedle/Getty Images)

Fusco disagreed with DeSantis, arguing masks should be required. (RELATED: Two Florida School Districts Will Not Allow Students To Opt Out Of Mask Mandates)

“It’s right here in our face,” Fusco reportedly said. “We know people. We’re seeing it. We’re feeling it. We’re living it. You can’t say anything else than say this is real and we still all have to do our part to curb the spread.”

“We grieve along with their families and their school families,” Fusco said in a statement obtained by the Daily Caller. “Their loss underscores the need for people to be vaccinated and wear masks to help prevent the spread of COVID-19 and the Delta variant.”

Editor’s Note: This article was updated to reflect the information that was provided later by the teachers union, specifically that the fourth individual was not a teacher, but a graduate.