President Joe Biden’s administration will likely announce as soon as this week that most Americans should receive a booster vaccine shot eight months after becoming fully vaccinated.

The administration has been looking into booster shots and White House chief medical advisor Dr. Anthony Fauci previously noted it’s likely that all Americans will have to receive one at some point in time. The Food and Drug Administration (FDA) approved the additional shot for immunocompromised people last week, just after the Centers for Disease Control and Prevention (CDC) Advisory Committee on Immunization Practices implemented a recommendation on the topics.

The Biden administration will start by advising individuals who received the Moderna or Pfizer-BioNTech vaccines, according to The New York Times (NYT). Those who received the Johnson & Johnson vaccine are also likely to need a booster shot because of the Delta variant, but officials are reportedly waiting for a clinical trial to wrap up, the NYT added.

The Delta variant has sparked concern among those in the administration. The CDC changed its guidelines at the end of July to recommend vaccinated Americans mask up indoors if living in a “substantial and high transmission” area. This followed the president’s reopening declaration over the July 4 holiday, the NYT reported. 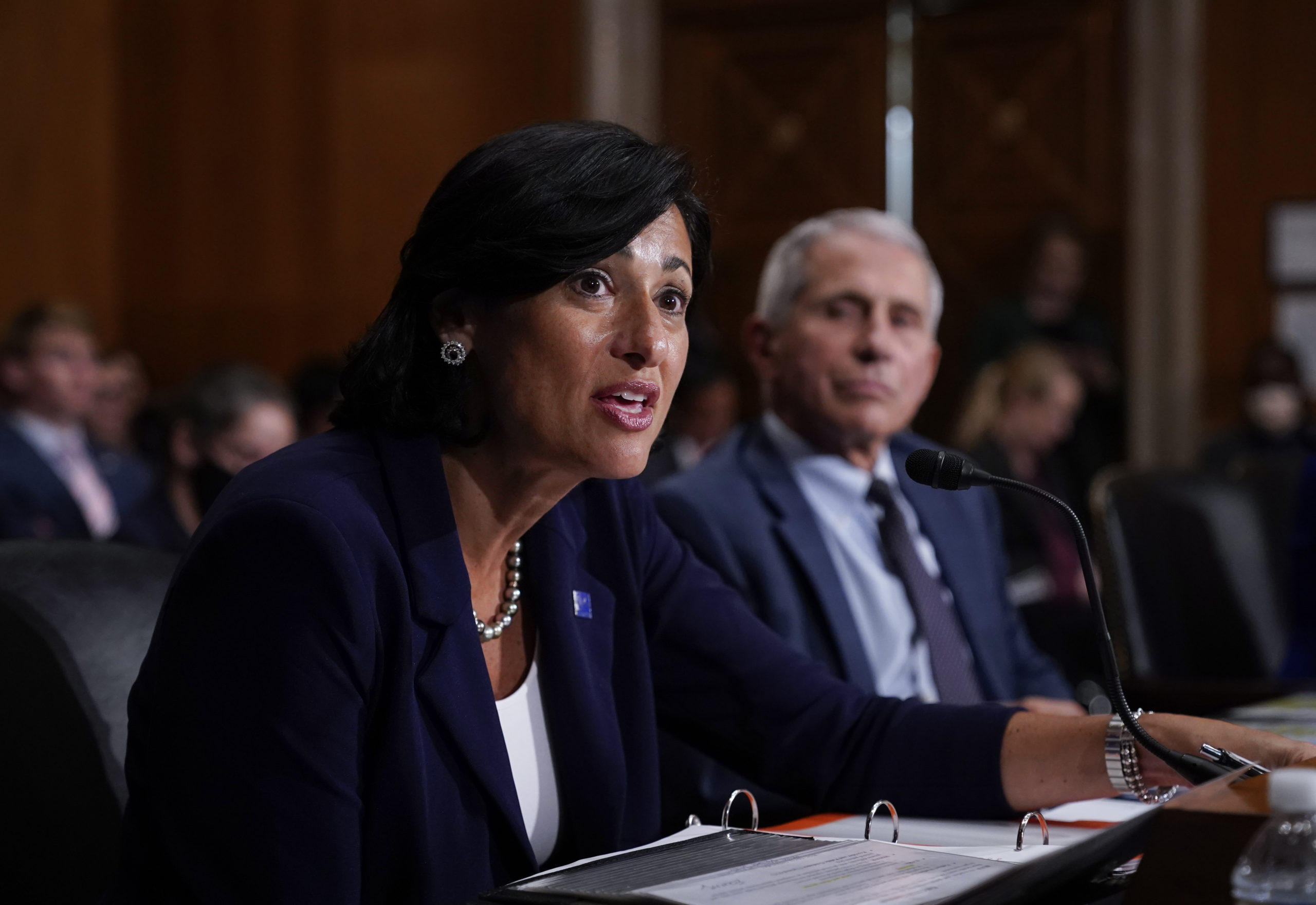 Dr. Rochelle Walensky, director of the Centers for Disease Control and Prevention (CDC), and top infectious disease expert Dr. Anthony Fauci testify before the Senate Health, Education, Labor, and Pensions Committee July 20, 2021 on Capitol Hill in Washington, DC. Cases of COVID-19 have tripled over the past three weeks, and hospitalizations and deaths are rising among unvaccinated people. (Photo by J. Scott Applewhite-Pool/Getty Images)

The booster shots are likely to begin with nursing home residents as well as health care and emergency workers, according to the NYT. The general population will be near the end of the line to get a booster shot, and officials reportedly prefer Americans stick with the same vaccine brand as when they originally received the shots. (RELATED: Fox News Poll: Americans Support Vaccine Mandates And Passports)

Fauci said just last week that while the general public will “likely” need a booster shot, they didn’t “feel the need to give boosters right now.” The exact timeline for booster shots remains unclear, as the FDA has to authorize more shots, but estimations reported by the NYT suggest it could begin as soon as mid-September.

“It’s likely that that will happen at some time in the future,” Fauci said on August 12. “We’re already starting to see indications in some sectors about a diminution over time, that’s durability. We don’t feel at this particular point, that apart from the immune compromised, we don’t feel we need to give boosters right now.”