Russia has steadily decreased the supply of natural gas delivered to Europe over the last few weeks without explanation, according to an industry analysis reviewed by CNBC.

The decreased natural gas exports occurred shortly after the U.S. and Germany agreed to the completion of the controversial Nord Stream 2 pipeline, which will transport gas from Russia to Europe. Slowing the supply of gas to Europe, which relies on imports for energy, could potentially be a power play by Russian state-owned firm Gazprom, according to researchers for the Independent Commodity Intelligence Services (ICIS), the firm that published the analysis, CNBC reported.

“Gazprom is readying itself for starting Nord Stream 2 and it is hoping to exert an element of leverage in terms of trying to make sure that when all the regulatory t’s get crossed and i’s get dotted, that that process is as swift as possible,” ICIS European gas analyst Tom Marzec-Manser told CNBC.

“If there is less gas around than normal and the price is high then it may streamline that process,” he continued. (RELATED: US, Germany Agree To Allow Completion Of Russian Gas Pipeline)

Earlier this year, Gazprom reduced gas supply to Europe by about 20% compared to pre-pandemic levels, according to an Atlantic Council report in July that supported ICIS’ more recent findings. Russia cut exports as leverage and to force Germany to approve Nord Stream 2, the report concluded.

The majority of Europe’s natural gas, crude oil and solid fuel imports come from Russia, European Union data shows. Gazprom is the single-largest exporter of natural gas to Europe, according to the company’s 2020 annual report. 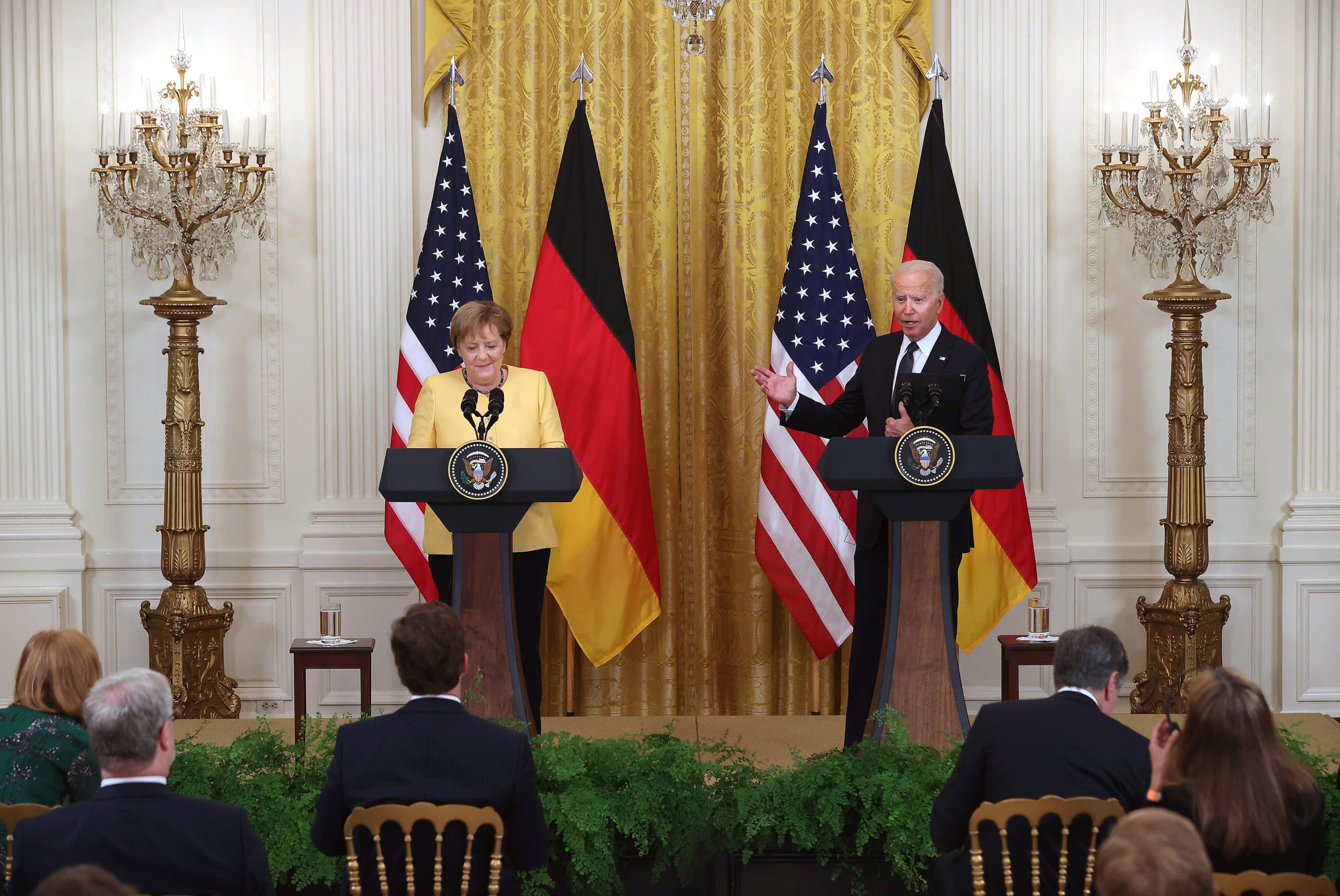 Gazprom said August was a slow month for gas exports in a statement posted in Russian on social media, according to CNBC.

“The current drop in gas deliveries and increase withdrawals from storage, which is elevating gas prices across Europe and benefitting Moscow, is firstly a commercial tactic to help Russia at a time when gas demand around the globe is high,” Alliance for Securing Democracy senior fellow Kristine Berzina told CNBC. “But it also shows Europe just how dependent it is on Russia for its gas.”

German Chancellor Angela Merkel warned Russia against using Nord Stream 2 “as a weapon” during a press conference Monday, the BBC reported. Merkel said Germany and the U.S. would sanction Russia if it abused its position as a top energy exporter.

“Europe will be like a frog in boiling water, not noticing that it is in trouble until it is too late,” she added. “Russia has lots of room to create scenarios that are painful for Europe but do not cross critical thresholds. Doing so, in fact, would be advantageous to Russia both financially and politically.”