Democrats in California are afraid low support among working-class Latino voters could be enough for Gov. Gavin Newsom to be recalled, Politico reported.

“Latinos are the shifting demographic in this country,” former San Diego City Councilman Carl DeMaio told Politico. “In 2016, it was working class whites. In 2020, we started to see a pronounced shift in working class Latinos, and that’s what’s happening right now,”

Newsom skirting his own strict COVID-19 guidance, which greatly affected businesses in the state, has made the governor appear out of touch with working-class Latinos, Politico reported. An August CBS News-YouGov poll showed Latinos, who represent 30% of the electorate, evenly split on whether to recall Newsom.

Christian Arana, vice president of policy at the Latino Community Foundation, which works to increase Latino voter participation, told Politico that messaging and inconsistent engagement with the community has been an issue with Newsom. 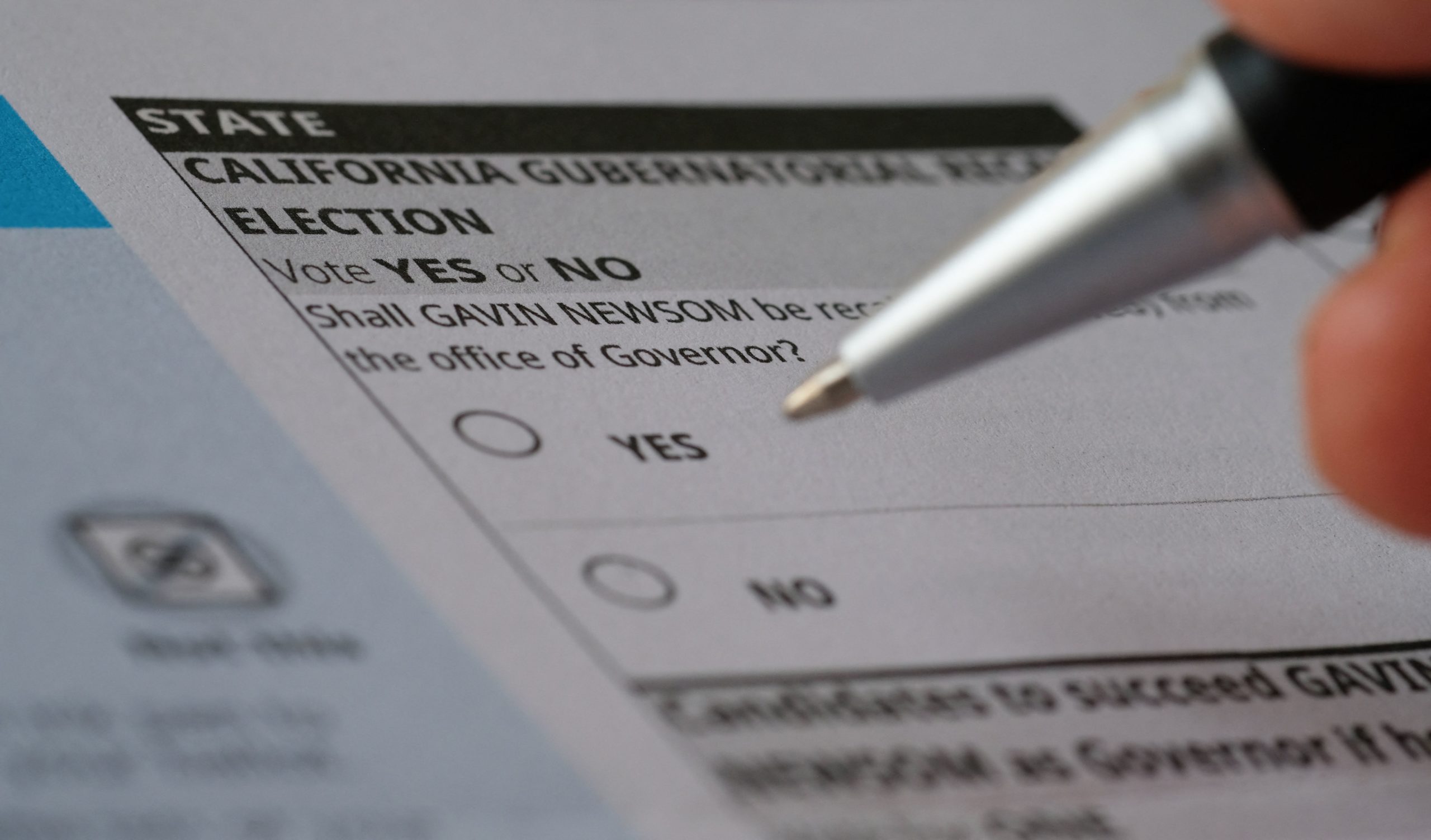 A ballot for a recall election seeking to remove California Governor Gavin Newsom (D) is seen in Los Angeles, on August 15, 2021. (Photo by CHRIS DELMAS/AFP via Getty Images)

“In the midst of this recall election, all we hear is how the governor is a tyrant — putting mask mandates and [other pandemic-era restrictions]. But then on the Newsom side, it’s ‘this is a power grab.’ It seems Latinos are caught in this intergalactic power struggle where we don’t find our place in that,” Arana told Politico.

“There is no recognition of us, our problems,” Arana added. “And we don’t feel like we’re part of the solution.”

FiveThirtyEight‘s polling average for the race shows Newsom leading by under 6 points, a far cry from the nearly 30 points President Joe Biden beat former President Donald Trump by. (RELATED: Democrats Fear Turnout Flop For Newsom Recall Election Because Trump Is Out Of The Picture)

Republicans made progress with Latino voters in 2020, which has led the GOP to target the districts to further pull the group away from Democrats, Politico reported.

“If [the GOP’s 2020 inroads with Latinos in south Texas were] not a wake-up call for Democrats, I don’t know what is,” Fabian Núñez, a former speaker of the California state assembly, told Politico.

“It’s one thing to lose Florida, it’s another thing to lose Latinos in the Southwest. And the lesson here for the Democratic Party is making the long term investment,” he added.

The CBS News-YouGov poll surveyed 1,856 California adults with a 4% margin of error.