“The messenger matters,” Texas Rep. Tony Gonzales, who represents a district that’s nearly 70% Hispanic, told the DCNF. “I think it’s so critical that we have, you know, members that reflect the district.”

New York Rep. Nicole Malliotakis, who beat an incumbent Democrat in 2020, agreed. She praised House Minority Leader Kevin McCarthy for putting together a “historically diverse” array of candidates, who were “more reflective of America, which was always something the Republican Party needed.”

“You have messengers that I believe can truly connect with people who, perhaps, were Democrats because the Democratic Party looked like them, but didn’t necessarily hold their ideals,” she said.

“It ends up becoming something that allows the conservative value message to penetrate a little bit deeper,” California Rep. Mike Garcia said. “When younger generations and local families see someone like myself and Gonzales representing them and running hard and talking about our values, it does allow them to maybe listen a little bit sooner.”

Four freshmen Latino Republicans were elected to the House in November, defeating Democrats who were favored to win, by slim margins, according to the Hill.

Garcia beat his Democratic opponent Christy Smith twice in 2020, winning both the special and the general election. He noted that engaging with the Latino community early and establishing trust is crucial to turning out voters for the party, even among those who historically vote Democrat.

“Our job is to make sure that we’re reaching out to them and conveying our message and making sure that they know the candidate as much as anything else,” he said. 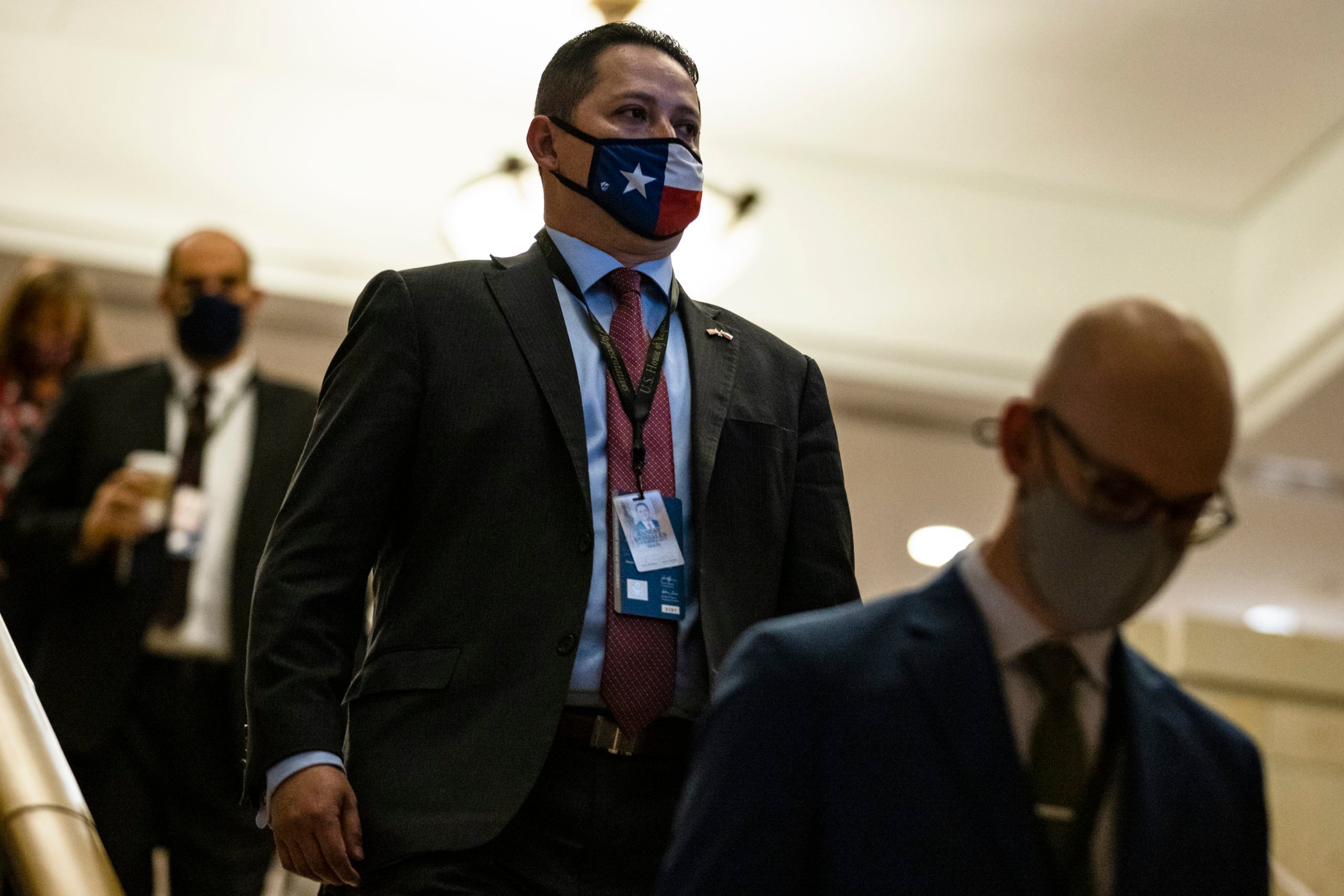 Congressman-elect Tony Gonzales (R-TX) and other Representatives-elect arrive at the U.S. Capitol on November 13, 2020 in Washington, DC. (Photo by Samuel Corum/Getty Images)

Gonzales offered a similar perspective when talking about how he ran his campaign. While he released ads in Spanish from the beginning of the race, it wasn’t Republican primary voters he was targeting.

“I was talking to Democrats, you know, general election voters, and I invested time and energy and effort into that early,” he said.

From Gonzales’ perspective, the Democrats failed to take the same amount of interest. “If you only show up once to a community, they’re gonna see you as disingenuous.” (RELATED: FLASHBACK: Bill Maher Attacks The Term ‘Latinx,’ Says It’s Only Used By ‘Pandering White Politicians’)

“It’s very transactional. Campaigns, they come and they start 30-60 days before an election, then they’re gone,” Alex Berrios, who left Biden’s campaign after warning of insufficient engagement with Hispanic voters, told the Associated Press.

None of the representatives the DCNF spoke with were surprised that Hispanics gravitated to Republicans in 2020. Florida Rep. Carlos Gimenez, whose district includes a portion of Miami-Dade County, said the only ones shocked were those in the media, who failed to speak to the minority communities they claim to know so well.

“You all live in D.C. or New York or LA and then you wonder, ‘Gee, I wonder what happened in Miami?’” he said. “Well, it wasn’t a big surprise here.”

From their own conversations on the ground, Republicans could tell the Democratic Party had moved too far to the left on the issues Latinos cared most about.

“The Democratic Party was really good at selling, you know, their ideals and that they were really watching out for them,” Gimenez said, but Hispanics “caught on.”

While the representatives all spoke of common values Latinos traditionally share with conservatives, such as family, faith and the opportunity to work, two newer issues were said to have made a huge difference in 2020: socialism and crime.

“They all tell you the same thing: They’ve seen this movie before and it doesn’t end well,” Malliotakis said of socialism, advising young Americans to speak to immigrants who fled similar governments. “The only equality it leads to is equal misery.”

“We understand first-hand how socialism only leads to misery, oppression, and exile because we have lived it,” Florida Rep. María Elvira Salazar said in a statement to the DCNF.

Democratic Rep. Alexandria Ocasio-Cortez of New York, who is a self-proclaimed democratic socialist, was named by multiple representatives as a major reason Hispanics have started to distance themselves from the Democratic Party. 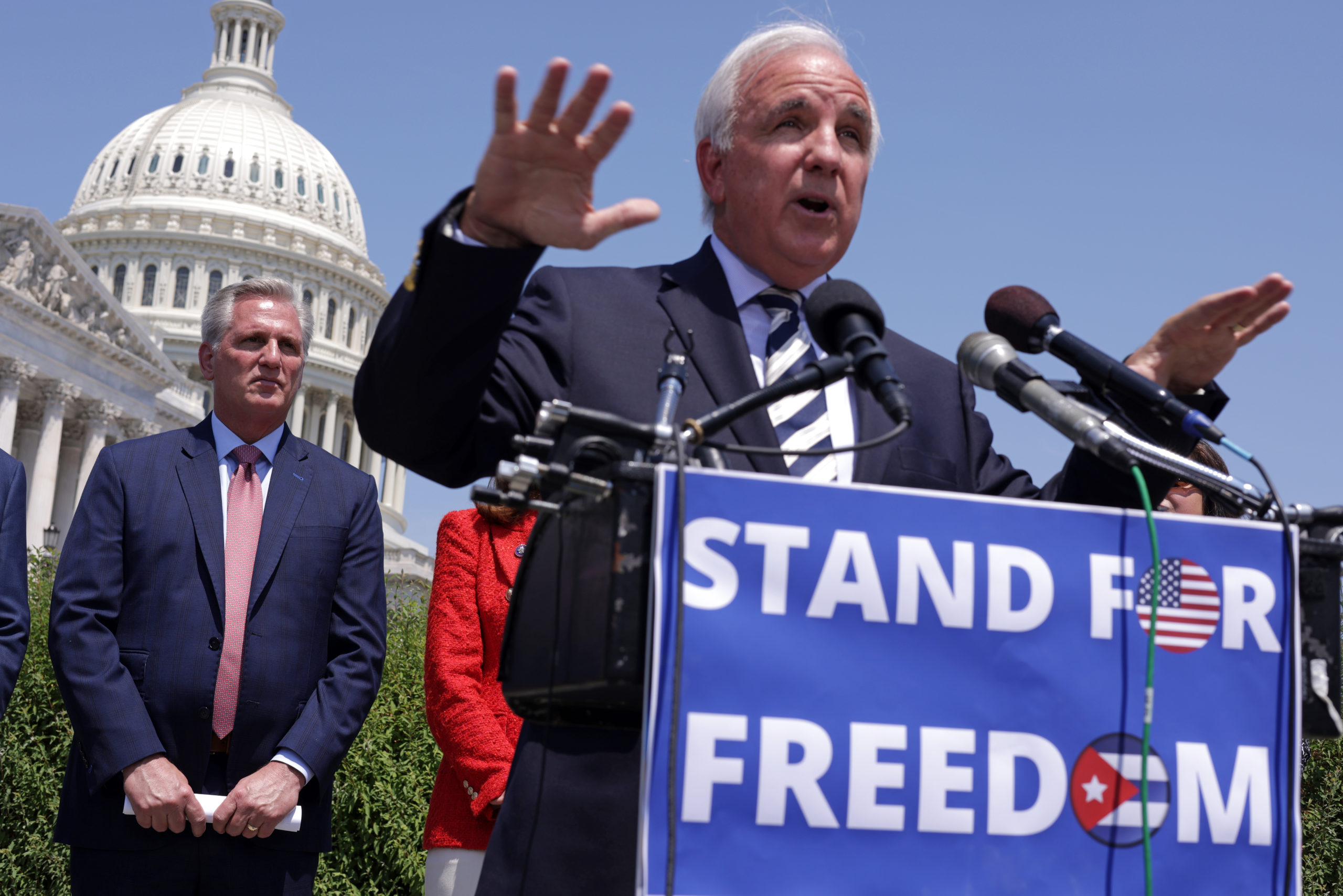 Ocasio-Cortez did not respond to multiple requests for comment, but tweeted on election night that she and others had “been sounding the alarm about Dem vulnerabilities w/ Latinos for a long, long time.”

“While some of them may be Democrats, they’re not socialists,” Gonzales said regarding Mexican-Americans. He went on to say many Latinos have family members or loved ones in law enforcement, so when Democrats attack the police “you’re essentially attacking the family. And there is nothing more important than family to the Hispanic community.”

“Above all things, we value security,” Garcia said. “I think this is something that, frankly, the Democrat Party has failed to provide.” (RELATED: Married Men, Veterans Helped Propel Biden To Victory, Data Show)

The Democratic Congressional Campaign Committee (DCCC) is now investing more than $1 million on 48 organizing directors meant to improve “strategic outreach and build trust” with minority communities in battleground districts that will be essential in the 2022 midterms, the AP reported.

But regardless of trends within the Hispanic community, each representative made clear that Latinos were not a monolith. “Hispanics get all lumped in together, you know, and we’re just different subcultures,” Gonzales said.

More than one representative listed off various Latin American countries, passionately pointing out that each was different from the other and should not be grouped together on all things.