The amount of parents saying they are likely to vaccinate their children against COVID-19 hit a record high amid surging cases and death numbers, a poll released Tuesday shows.

Nearly 70% of parents say they are either “very” or “somewhat” likely to vaccinate their kids against the virus as soon as possible or that their kids have already received at least one dose, according to the Axios-Ipsos survey. Just 31% said they were “not very or not at all likely,” down from 44% two weeks ago.

The drivers behind the decrease in hesitancy, the survey noted, were the surge in delta variant cases, the beginning of the new school year and the Food and Drug Administration’s recent approval of Pfizer’s vaccine, along with more companies implementing vaccine mandates.

“Schools, organizations, companies, governments implementing mandates are forcing people to deal with them,” Cliff Young, the president of Ipsos U.S. Public Affairs, said in an accompanying release. “That’s what going on.” (RELATED: Record Number Of Kids Hospitalized With COVID-19) 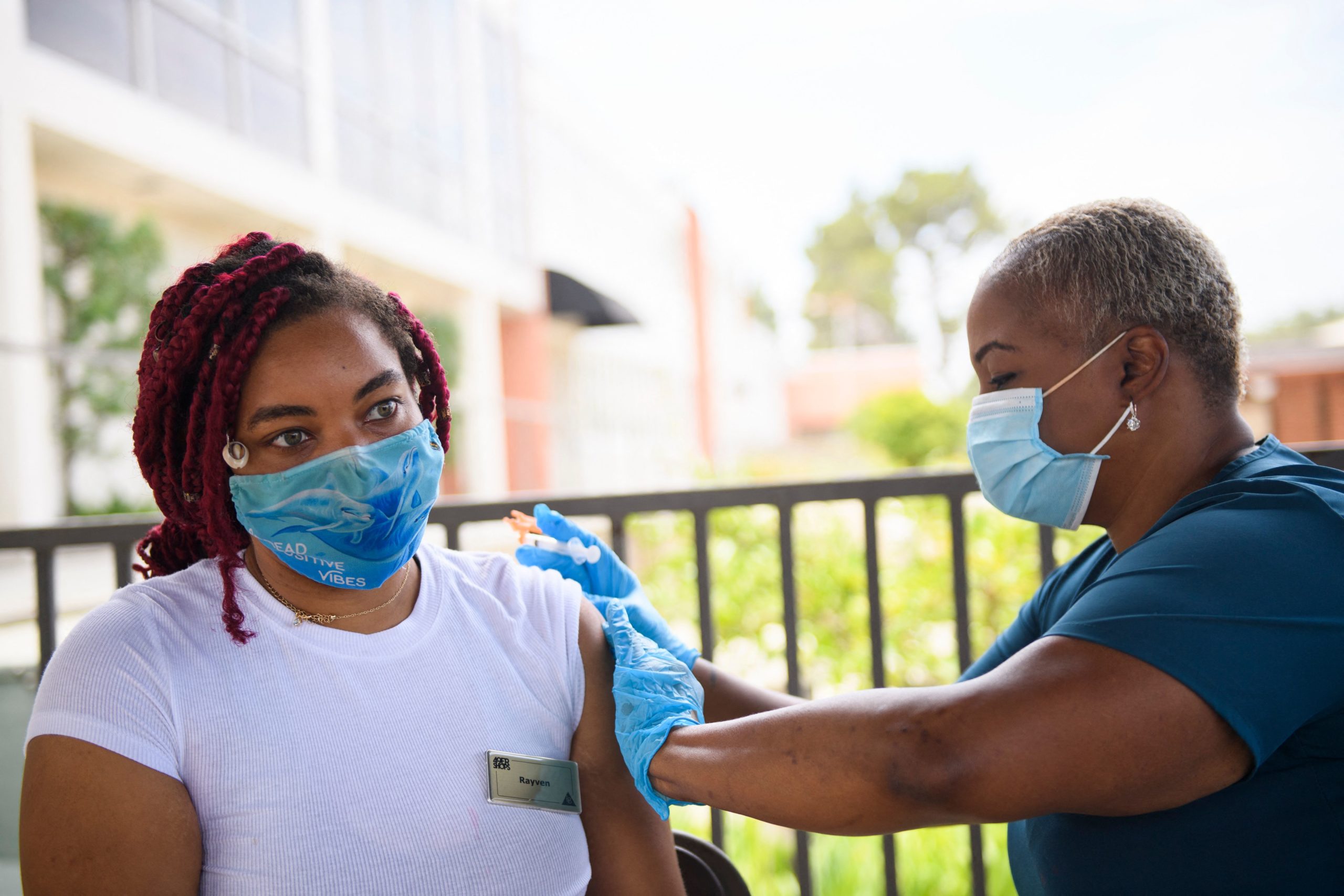 A nurse administers a dose of the Pfizer Covid-19 vaccine to a college student at the California State University Long Beach campus on August 11. (Photo by PATRICK T. FALLON/AFP via Getty Images)

The survey showed overall vaccine hesitancy dropping to a pandemic low, as well. Just 20% of Americans said they were unlikely to get the vaccine, or would not get it at all, down three points from two weeks ago and 14 points from March.

The low comes as 19% of people say their employer has issued a vaccine mandate, up three points from two weeks ago. (RELATED: Biden Urges Private Companies To Mandate Vaccines)

The survey was conducted from Aug. 27-30 among 1,701 respondents, and has a margin of error of 3.2 percentage points.