New York City Mayor Bill de Blasio and Democratic New York Rep. Alexandria Ocasio-Cortez are facing criticism from New Yorkers claiming that the flooding from Hurricane Ida was foreseeable, and that leadership of the city did not take adequate steps to prepare for the storm.

A physical therapist named Isabella Lizal said her basement flooded during Hurricane Ida, and also flooded in a 2008 storm because the sewers could not hold all the rainwater, according to the New York Daily News.

“They swore that it wouldn’t happen again, and that they would fix the sewers,” Lizal said. “And here we are again … People have died. Nine people died in this neighborhood. What does it take for them to do something?”

Another New Yorker, Fionn Keogh, told the outlet that he and his family clear out the sewers on the block because they’re worried the outdated storm drains will flood even during light storms. Keogh said they used sandbags to try to block the rainwater.

“Like, put in a frickin’ pump somewhere so this doesn’t happen again,” Keogh said.

De Blasio has also faced bipartisan criticism for not deploying emergency resources before Ida hit NYC and for declaring a state of emergency too late, the outlet reported.

Ocasio-Cortez also took the opportunity to discuss the two major infrastructure bills currently in Congress and her Green New Deal ideas, promising improvements in infrastructure that would alleviate future flooding.

“We can make sure this doesn’t happen again with infrastructure investments that we’re currently seeking,” Ocasio-Cortez said, according to NY Daily News. (RELATED: Biden Vows Federal Support In Wake Of Hurricane Ida, Warns That The ‘Climate Crisis’ Is Here) 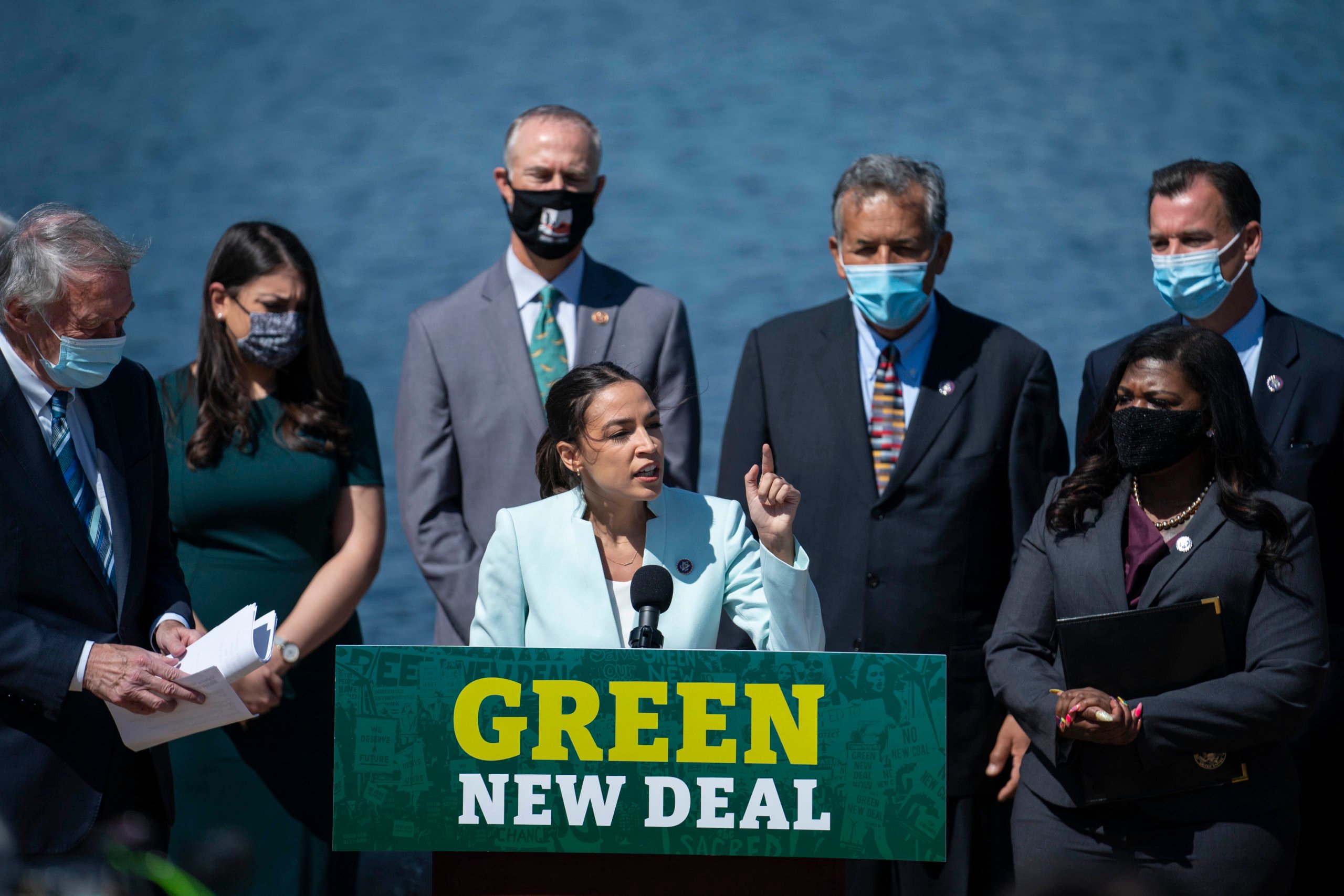 WASHINGTON, DC – APRIL 20: Rep. Alexandria Ocasio-Cortez (D-NY) speaks during a news conference held to re-introduce the Green New Deal at the West Front of the U.S. Capitol on April 20, 2021 in Washington, DC. The news conference was held ahead of Earth Day later this week. (Photo by Sarah Silbiger/Getty Images)

“Experiencing all this flooding in NYC right now and thinking about all the politicians who told me that pursuing a Green New Deal to adapt our nat’l infrastructure to climate change is ‘unrealistic’ & ‘too expensive,’ as if doing too little is the responsible, adult thing to do?” Ocasio-Cortez later said on Twitter.