Eleven senators endorsed a majority of the House Progressive Caucus’ vow Tuesday to vote against the bipartisan infrastructure bill when it comes up for a vote Monday if Democrats’ $3.5 trillion spending bill was not passed first.

“Congress has the opportunity to pass the most consequential economic legislation since the New Deal,” they collectively wrote. “We can create millions of good-paying jobs as we repair our crumbling infrastructure, address the climate crisis, and finally confront the long-neglected crises facing millions of low-income and working-class families across this country. But we can accomplish these goals only if we stick to our original agreement.” 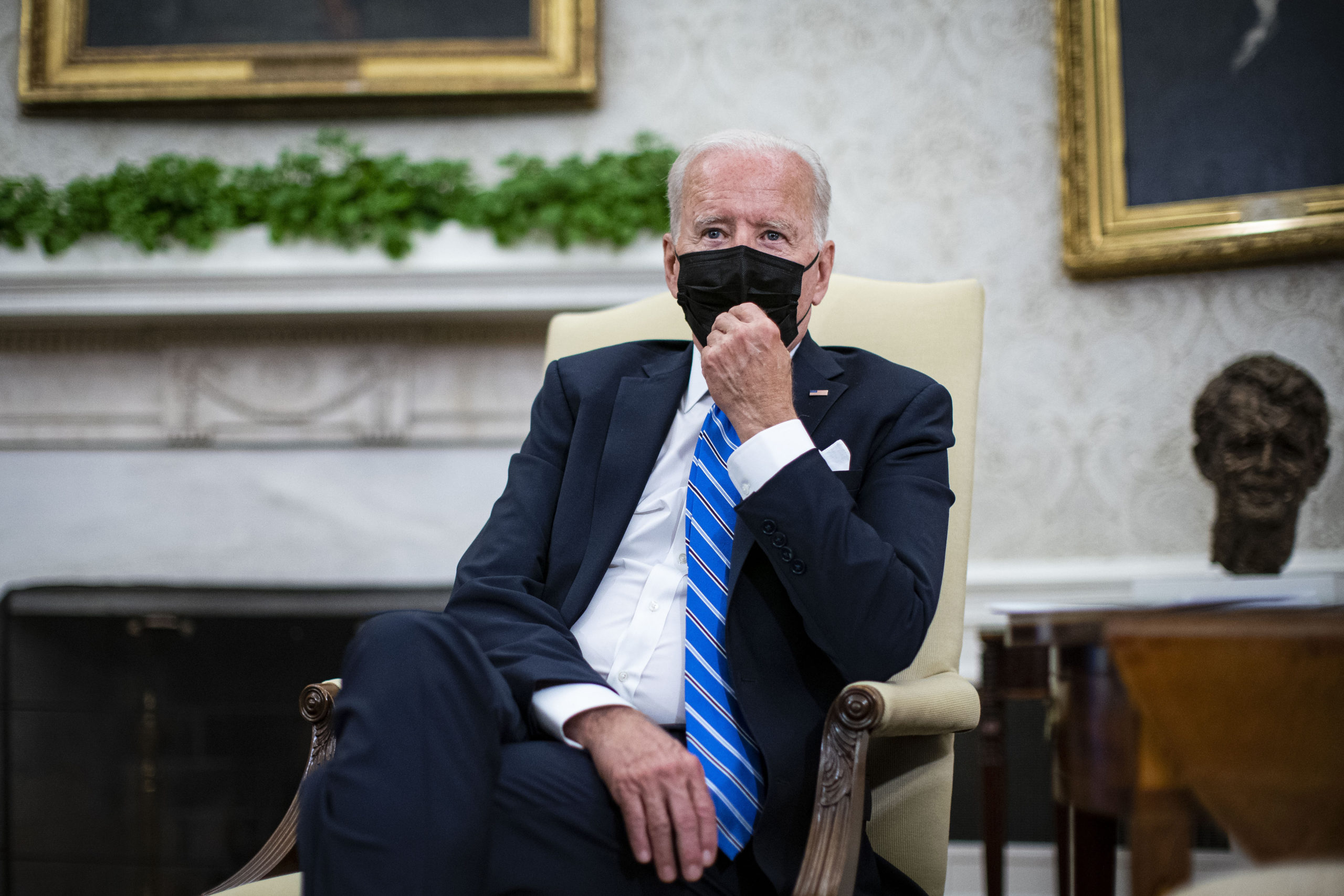 President Joe Biden in the White House Tuesday. He is set to meet with moderates and progressives Wednesday to try and move his domestic agenda forward. (Al Drago-Pool/Getty Images)

Though Democrats hold narrow majorities in both the House and Senate, moderates and progressives are at odds over the two packages, which include the majority of President Joe Biden’s domestic agenda. Moderates like Sens. Joe Manchin of West Virginia and Kyrsten Sinema of Arizona have objected to the budget’s size and scope, with the former calling for a “pause” on the budget until 2022 and the latter vowing to not support it without first passing the infrastructure bill.

Progressives, however, have vowed the opposite, pledging to tank the infrastructure bill if the broader spending package fails. Washington Rep. Pramila Jayapal, the chair of the House Progressive Caucus, told CNN Tuesday that “more than half” of her caucus was prepared to vote against the infrastructure bill without first passing the reconciliation package, which addresses long-sought Democratic priorities from climate change to child care.

“[We] will not move the bipartisan bill without the reconciliation bill being passed,” Jayapal said.