The Centers for Disease Control and Prevention (CDC) Director Dr. Rochelle Walensky overruled the agency advisory panel on booster shots and recommended the vaccine for frontline workers in an overnight Friday decision.

The CDC’s Advisory Committee on Immunization Practices met Wednesday and Thursday to determine whether to support recommending boosters to specific populations. The agency advisory panel ultimately endorsed boosters – specifically the Pfizer vaccine – but only for Americans ages 65 and older, as well as those at a high risk of serious illness.

President Joe Biden’s administration predicted the booster shots would be widely available by mid-September. The president’s agenda got a boost when Walensky overruled her own agency’s advisers and backed the booster for at-risk workers in addition to the original recommendations.

“This updated interim guidance from CDC allows for millions of Americans who are at highest risk for COVID-19 to receive a Pfizer-BioNTech COVID-19 booster shot to help increase their protection,” the CDC said in a statement that arrived early Friday. (RELATED: ‘Isn’t That The Exact Opposite Of Follow The Science?’: Chris Wallace Presses NIH Director On Biden’s Rush To Secure COVID-19 Boosters) 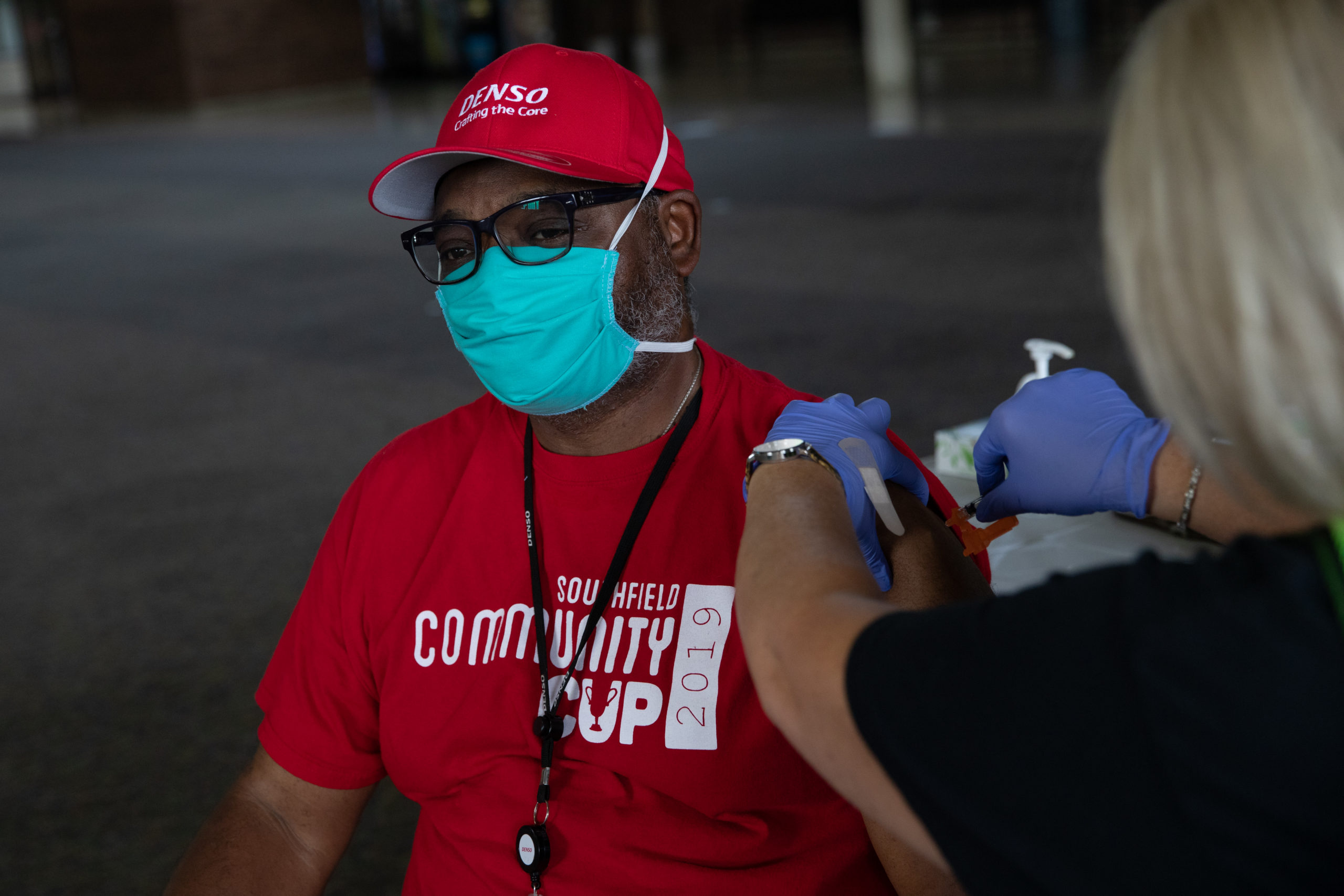 SOUTHFIELD, MI – AUGUST 24: Anthony Faulkner receives his booster dose of the Moderna coronavirus (COVID-19) vaccine during an Oakland County Health Department vaccination clinic at the Southfield Pavilion on August 24, 2021 in Southfield, Michigan. Oakland County is the second county in Michigan to reach the state’s goal of vaccinating 70% of its population. (Photo by Emily Elconin/Getty Images)

The move is the latest in what’s been an often confusing series of messaging coming from the administration, scientists and advisers. Walensky said the decision to overrule her own advisers “best serve(s) the nation’s public health needs.” One doctor said that the director’s link to the White House and its preemptive announcement on boosters back in August may have contributed to the decision.

While Walensky’s announcement is out of step with the panel, it does jive with the the Food and Drug Administration (FDA) authorizing booster shots for Americans in a high-risk job, the NYT noted. Still, the move reportedly took some of her staffers by surprise.

The NYT, citing “agency insiders,” wrote that many predicted Walensky would not break with “the usual protocol because doing otherwise would undermine the process and upset the advisers as well as her own staff.” The White House has yet to weigh in on the announcement, but it likely means the administration will soon roll out its booster shot plan so as to keep in line with the original mid-September prediction.