The Biden administration is pursuing friendlier business ties with China, hoping the strategy will boost the political relationship between the two competing nations.

Raimondo said that while the Chinese government may craft its trade policies to disadvantage American companies, the U.S. must continue trading with China, according to the WSJ. She explained that the Chinese market is too large for the U.S. to avoid.

The Commerce secretary added that her department wouldn’t favor U.S. semiconductor companies for multi-billion-dollar grants to build factories on American soil, she told the WSJ. A bill that would appropriate $52 billion to the federal government for the grants is currently making its way through Congress. (RELATED: Biden’s Commerce Secretary Owns Stake in WeChat Parent Company As White House Reviews Trump’s Ban)

The global semiconductor chip shortage has had reverberations across economic sectors, causing supply chain shortfalls and higher prices for cars, appliances and other goods. Taiwan, South Korea and China produce more than 5% of the worldwide chip supply, according to CNBC.

In March, the Senate overwhelmingly confirmed Raimondo to lead the Commerce Department in an 84-15 vote. Since then, she has spearheaded a wide-ranging review of trade policies and tariffs implemented by the Trump administration. 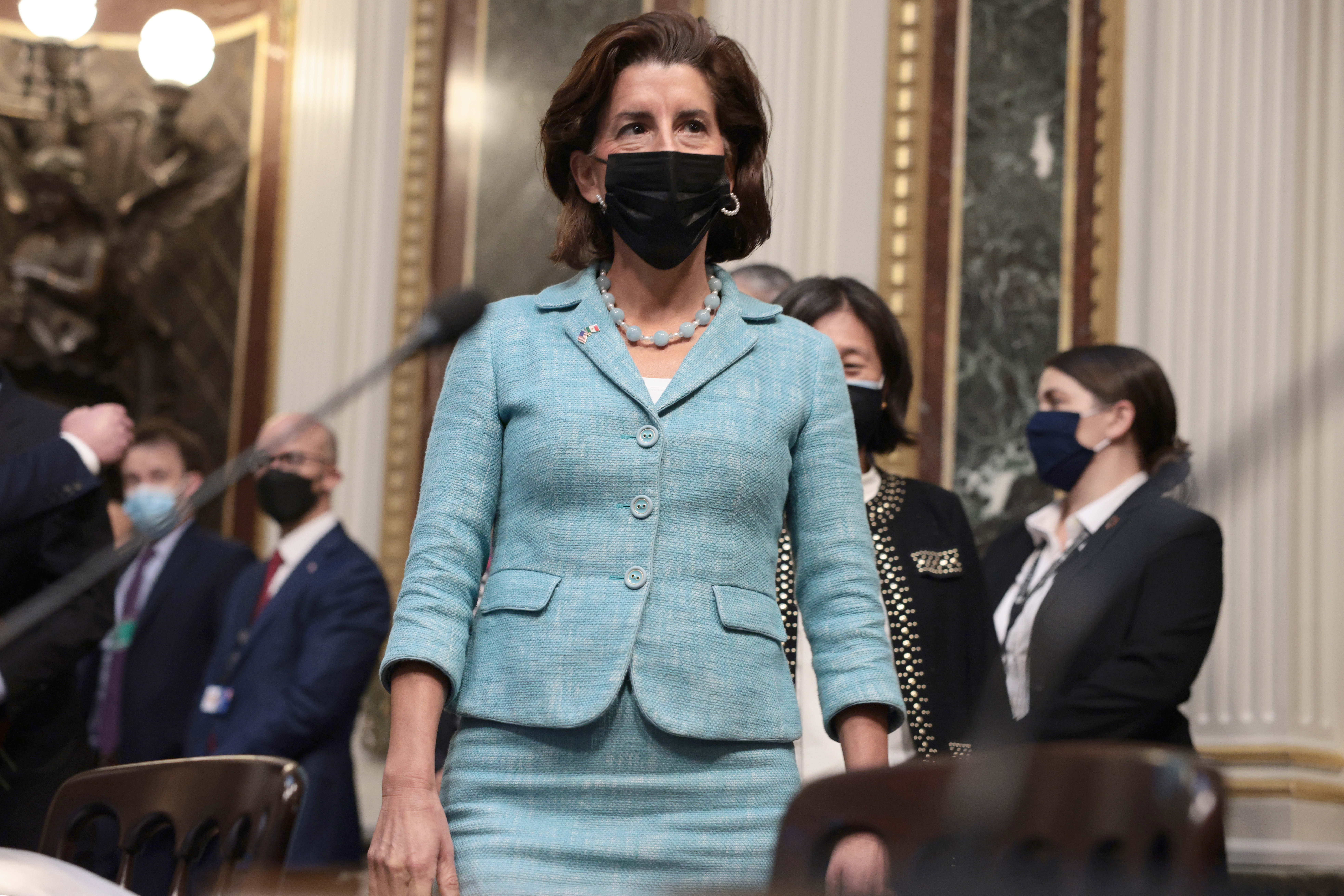 Raimondo declined to give an update on the status of this policy review, the WSJ reported. (RELATED: Joe Biden Reportedly Will Keep Trump’s Sanctions On Chinese Tech Threats)

But she did characterize Chinese telecommunications giant Huawei as a national security threat and said she would continue to block the company’s efforts to expand its global 5G network, according to the WSJ. The Trump administration aggressively pursued policies against Huawei, a company that the former president called a “disaster.”

However, experts criticized Raimondo’s openness to friendlier relations with China, which has become increasingly antagonistic toward the U.S. The Department of Justice has for years accused the Chinese of intellectual property theft, according to the National Law Review.

“The Commerce Department hasn’t adjusted to a world where China is a serious rival to the U.S. and is heading to a slow-motion clash with Congress,” American Enterprise Institute Senior Fellow Derek Scissors told the WSJ.

“Raimondo thinks her job is to paper over the decoupling and separation [between the U.S. and China] and try to suggest there is a positive path forward,” Bill Reinsch, a former Department of Commerce official who now works at the Center for Strategic and International Studies, told the WSJ.