House Democrats passed a bill Friday that would codify Roe v. Wade and massively expand abortions in the United States.

It is backed strongly by President Joe Biden’s administration.

“In the wake of Texas’ unprecedented attack, it has never been more important to codify this constitutional right and to strengthen health care access for all women, regardless of where they live,” White House officials said in a statement. “Our daughters and granddaughters deserve the same rights that their mothers and grandmothers fought for and won — and that a clear majority of the American people support.”

The act, which calls for on-demand abortions “without limitations or requirements” and for the promotion of “access to abortion services,” has been severely condemned by pro-life activists and Republicans. (RELATED: ‘Let’s Take This Battle All Across The Nation’: New York Governor Kathy Hochul Vows To Protect Abortion, Fight ‘Oppression’ Of Pro-Life Laws)

“With this bill, the Democrat party has rejected every restraint on abortion,” said Penny Nance, CEO and President of Concerned Women for America (CWA) Legislative Action Committee. “For them, aborting unborn children is nothing more than just another medical procedure. It’s a sick perspective that reflects the moral bankruptcy of their party, and it is infecting our country. Democrats exalt aborting babies as the ultimate empowerment of a self-made life.” 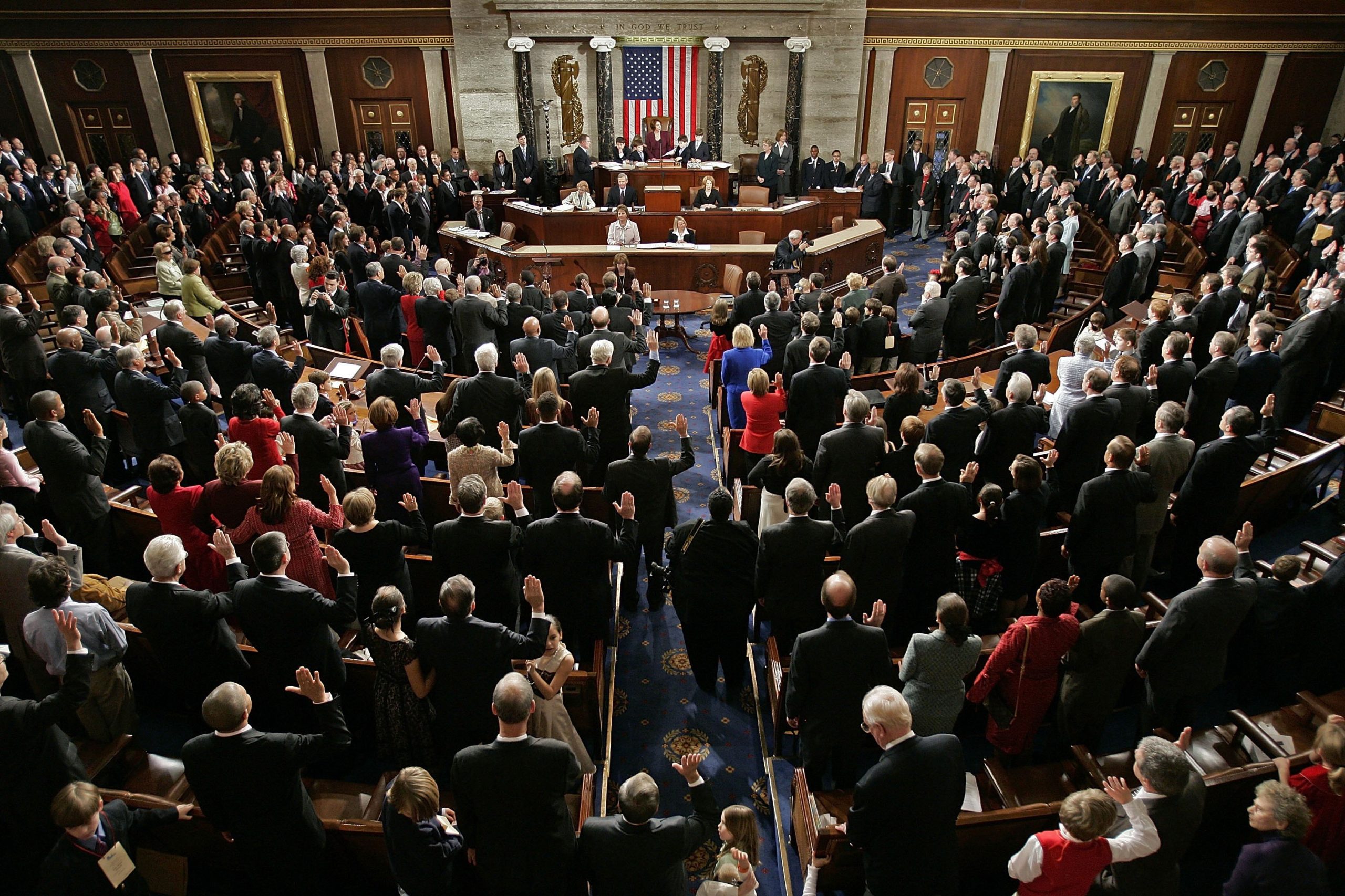 Members of the 110th Congress raise their right hands and take the oath of office during the swearing in ceremony in the House Chamber of the U.S. Capitol January 4, 2007 in Washington, DC.   (Photo by Chip Somodevilla/Getty Images)

National Right to Life President Carol Tobias also warned that the legislation is designed to remove “all legal protections” for unborn babies at both the state and federal level, calling the bill, “the Abortion-Without-Limits-Until Birth Act.” Heritage Action for America Executive Director Jessica Anderson warned that the bill would be “the greatest assault on human dignity in America since Roe.” (RELATED: EXCLUSIVE: Ahead Of Looming Supreme Court Abortion Case, Report Highlights ‘Scientific Facts’ About Unborn Babies At 15 Weeks)

“Left-wing politicians are cynically using the cover of ‘women’s health’ to disguise their plan to destroy every life-affirming law in the country,” Anderson said. “This bill would go far beyond Roe v. Wade to gut broadly supported federal and state laws protecting religious freedom, force taxpayers to pay for abortions, and, ironically, destroy rules that actually protect women’s health from dangerous procedures.”

Should it pass the Senate, the legislation would also nullify laws requiring that doctors provide mothers with information on their unborn baby or alternatives to abortion, requirements for waiting periods before abortions, laws that allow medical professionals to opt-out of providing abortions, bans on abortions after 20 weeks when the unborn babies can feel pain, and bans on sex-selective abortions.

Republican Maine Sen. Susan Collins said Wednesday that she did not support the legislation, calling parts of the bill “extreme” and warning that it would weaken the Religious Freedom Restoration Act.

“I support codifying Roe. Unfortunately the bill … goes way beyond that,” she said. “It would severely weaken the conscious exceptions that are in the current law,” Collins told the LA Times.

Andrew Trunsky contributed to this report.