Border Patrol agents could be fired if they’re not vaccinated for COVID-19 by the end of November, two active agents and a union official told the Daily Caller News Foundation on Thursday.

Border officials have until Nov. 22 to get vaccinated or face three levels of discipline including “verbal counseling, one – 14 days without pay and removal from service,” a senior Border Patrol agent told the DCNF. The agent spoke on the condition of anonymity since they weren’t authorized to discuss the matter.

“So it’s official now. They are implementing disciplinary action for the unvaccinated,” the agent told the DCNF.

The agent said border officials were notified of the potential disciplinary actions “just like that, no sugar coat” during an in-person meeting. 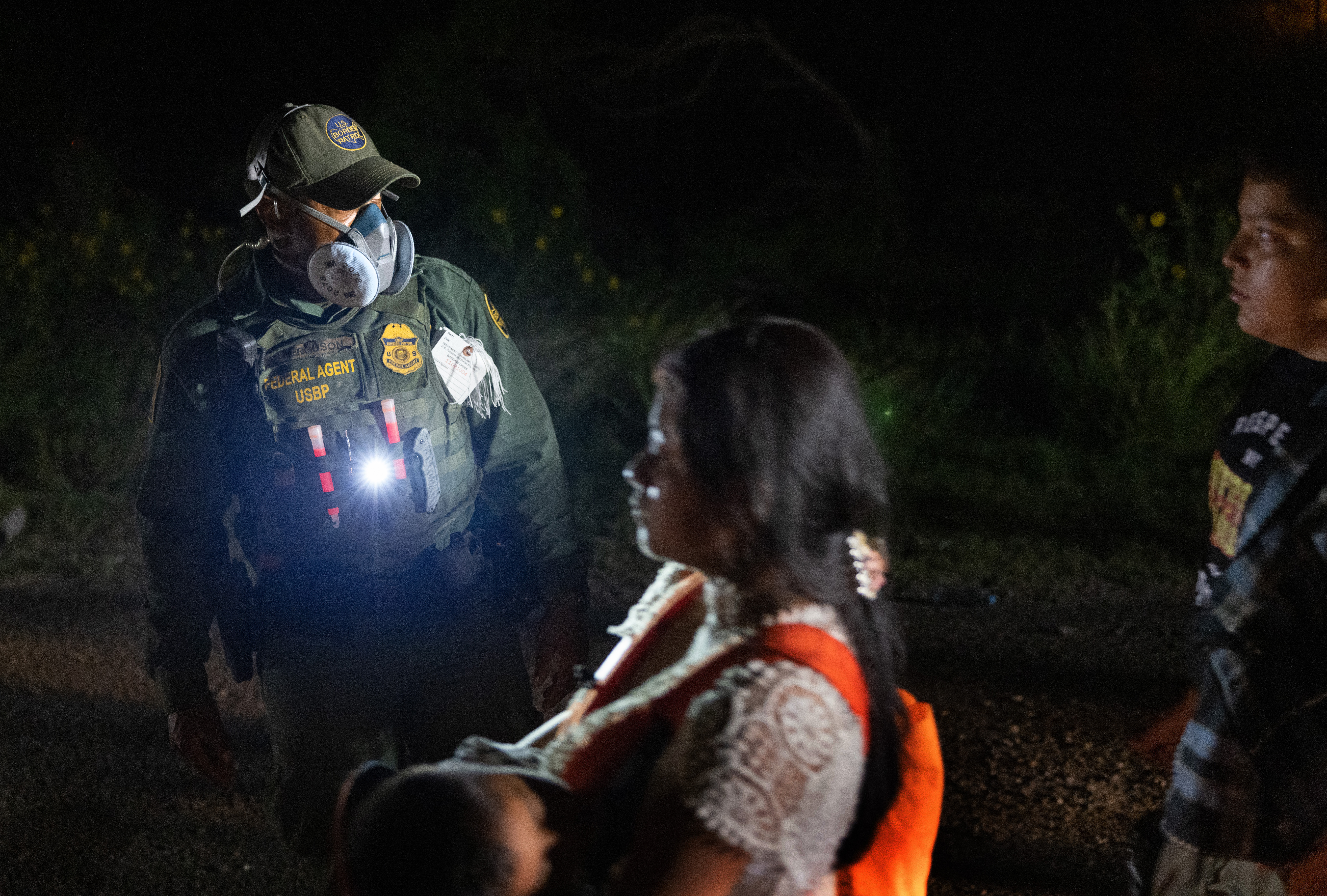 A U.S. Border Patrol agent wearing a respirator mask to protect from Covid-19 processes immigrants at a checkpoint after they crossed the border from Mexico on August 14, 2021 in Roma, Texas. (Photo by John Moore/Getty Images)

Another active Customs and Border Protection (CBP) agent criticized a union for not fighting against a vaccine mandate for immigration officials. (RELATED: Border City Declares State Of Disaster After Release Of 1,500 COVID Positive Migrants Last Week)

“Since when do you only fight when the situation is winnable? It may cost money, you may lose, but if the legislative and judicial branches are not being forced to get the jab why are we?” the agent said. “I would have more [respect] for someone who fought and lost than someone who quietly cowers away.”

The agent said they were concerned about experiencing an adverse reaction to the vaccine, but would ultimately end up getting the shot over losing their job.

“[The] union advised the first step is counseling and re-education camp,” the CBP agent, who also spoke on the condition of anonymity due to lack of authorization, told the DCNF. “If you don’t start the shots, then it’s up to 14 days off and you have to start the shots or then you’re terminated.”

The Biden administration reportedly told CBP officials that they needed to be fully vaccinated by Nov. 1 or risk being fired, a whistleblower told Republican Rep. Jim Jordan of Ohio on Wednesday, Fox News reported.

“Agents are being mandated to get vaccinated or request either a religious or medical exemption,” a CBP union official told the DCNF. The official, also unauthorized to speak on the matter, spoke on the condition of anonymity.

“If they do not [get vaccinated], they will be counseled as to the requirements and face the possibility of disciplinary action to include termination from the agency,” the union official added. The official said that the active Border Patrol official’s accusations “seems correct.”

CBP did not respond to the DCNF’s request for comment.