Three scientists were awarded the Nobel Prize in Physics and a $1.1 million cash prize for their research on climate change and related phenomena.

“Syukuro Manabe and Klaus Hasselmann laid the foundation of our knowledge of the Earth’s climate and how humanity influences it,” the Nobel Foundation said in a statement Tuesday. “Giorgio Parisi is rewarded for his revolutionary contributions to the theory of disordered materials and random processes.”

Manabe was awarded the prize for his work in the 1960s demonstrating how increased carbon dioxide in Earth’s atmosphere led to warmer temperatures on Earth’s surface. That research laid the groundwork for climate models used in recent studies.

In the 1970s, Hasselmann created a climate model that showed the connection between climate and weather patterns, according to the Nobel Foundation. His work showed how the climate could be affected both by humans and natural phenomena. (RELATED: Antarctica Just Had Its Coldest Season Ever. Here’s Why) 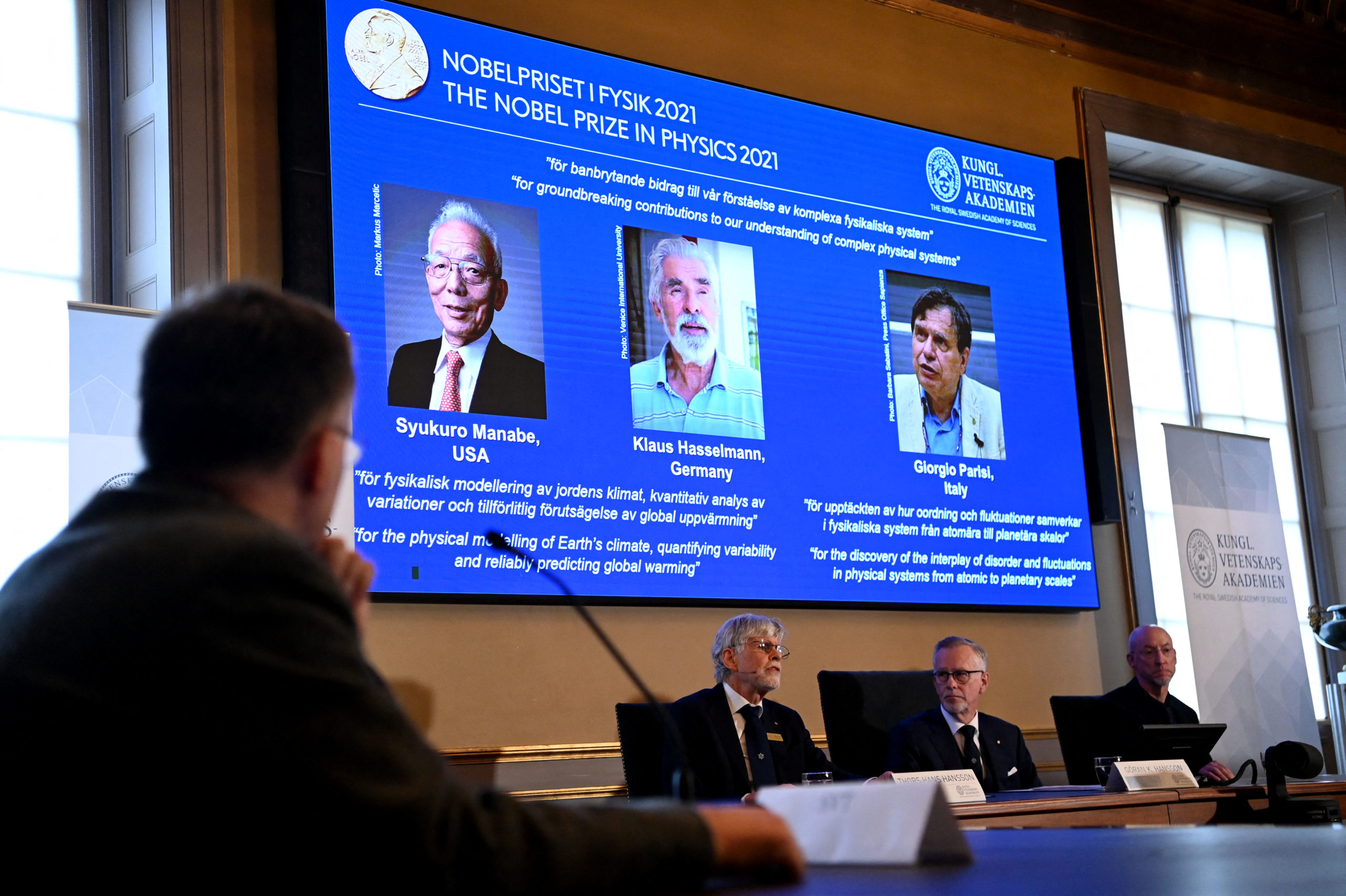 Members of the Nobel Committee for Physics present the co-winners of the 2021 Nobel Prize in Physics in Stockholm, Sweden on Tuesday. (Jonathan Nackstrand/AFP via Getty Images)

“(Hasselmann’s) methods have been used to prove that the increased temperature in the atmosphere is due to human emissions of carbon dioxide,” the foundation said in its press release.

Several years after Hasselmann’s research, Parisi uncovered “hidden patterns” in “disordered complex materials,” according to the Nobel Foundation. Parisi’s work has been central to understanding materials and phenomena that had been previously understood as completely random.

Parisi, a professor in Rome, said it was “urgent” that the world takes “a very strong position” and acts quickly to prevent climate change after he was awarded the prize Tuesday, CNN reported.

“The discoveries being recognised this year demonstrate that our knowledge about the climate rests on a solid scientific foundation, based on a rigorous analysis of observations,” Nobel Committee for Physics Chair Thors Hans Hansson said. “This year’s Laureates have all contributed to us gaining deeper insight into the properties and evolution of complex physical systems.”

Half of the cash prize will go to Parisi while the other will be shared jointly by Manabe and Hasselmann.