A 19 year-old woman sustained severe burns from her shoulders to feet while attempting to rescue her dog from a hot spring at Yellowstone National Park, according a news release from the National Parks Service (NPS).

During a visit to Wyoming, the woman and her father, whose name and condition has not been disclosed, stopped to look around when her dog jumped out of the car window into Maiden’s Grave Spring. The woman chased the dog into the hot spring to try and save it, according to the NPS. 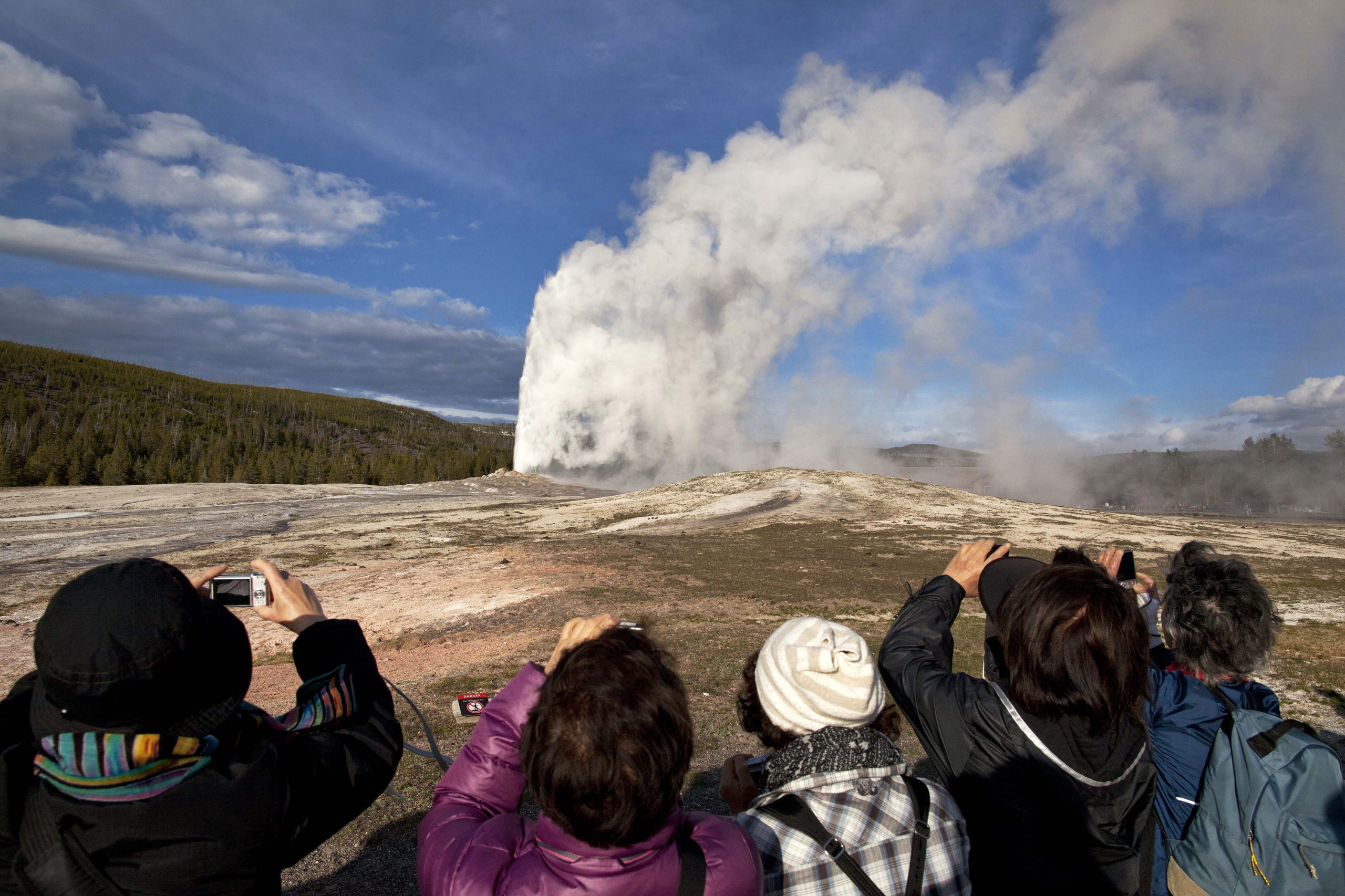 FILE – In this May 21, 2011 file photo, tourists photograph Old Faithful erupting on schedule late in the afternoon in Yellowstone National Park, Wyo. On Tuesday, March 24, 2020 the National Park Service announced that Yellowstone and Grand Teton National Parks would be closed until further notice, and no visitor access will be permitted to either park..(AP Photo/Julie Jacobson, File)

After her father pulled her out, park rangers and local fire officials treated her and she was flown to the burn center at Eastern Idaho Regional Medical Center, according to the news release. NPS officials said the dog was rescued and was taken to a veterinarian.

“This is the first significant injury in a thermal area in 2021,” The NPS service wrote in a news release.

A three-year-old suffered severe burns when he ran off a trail and slipped into a thermal pool, according to a news release from the NPS.

Guidelines from officials stipulate that visitors must stay on boardwalks and trails while practicing caution around thermal features.