Republican Sen. Ron Johnson of Wisconsin laid out a framework for conservatives seeking to escape alleged censorship by major tech companies on Tuesday, urging them to migrate to alternative social media platforms while recommending legal challenges to Big Tech.

“I don’t see a legislative solution occurring on this. It’s going to be the private sector,” said Republican Sen. Ron Johnson of Wisconsin during a discussion Tuesday on issues surrounding social media censorship hosted by the Media Research Center (MRC), a conservative media watchdog. “We as conservatives need to stop patronizing these liberal, leftist social media sites.”

Two videos from Johnson’s YouTube channel were removed in January for containing “inappropriate content.” One of the videos featured testimony from Dr. Pierre Kory, a professor of medicine at St. Luke’s Aurora Medical Center in Milwaukee, that touted Ivermectin as a “wonder drug.” (RELATED: Jim Jordan Announces Plans To Make It Easier To Break Up Big Tech)

Johnson’s YouTube channel was also suspended for seven days in June over a video of Johnson’s remarks involved claims that violated “COVID-19 medical misinformation policies, which don’t allow content that encourages people to use Hydroxychloroquine or Ivermectin to treat or prevent the virus,” a YouTube spokesperson said in a statement. The Wisconsin senator said that a comprehensive course of action, including reforming Section 230 of the Communications Decency Act, strengthening antitrust enforcement and state-level legislation targeting Big Tech is necessary in order to best address the problem of online censorship. 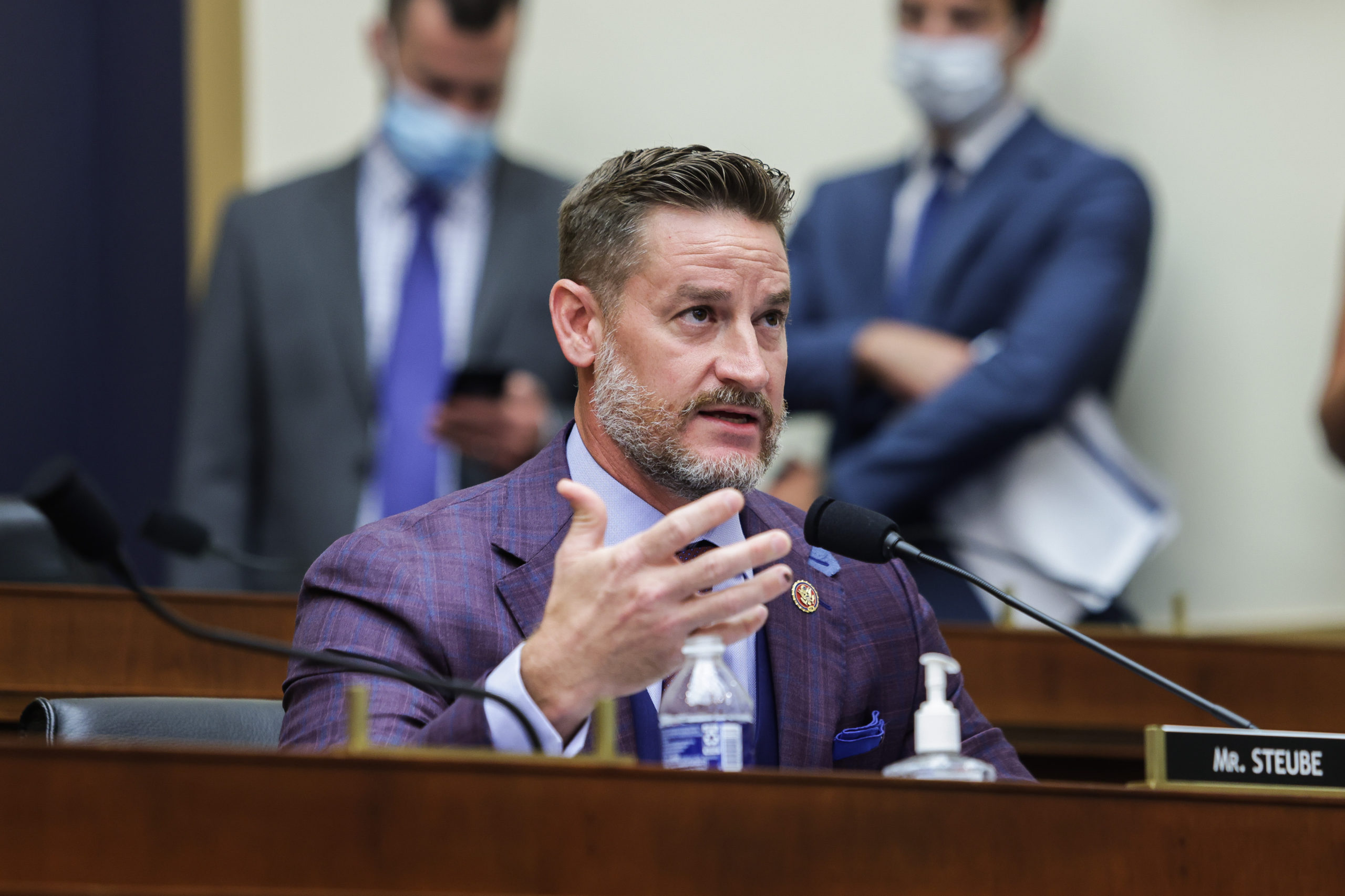 Rep. Greg Steube (R-FL) speaks during the House Judiciary Subcommittee on Antitrust, Commercial and Administrative Law hearing on Online Platforms and Market Power in the Rayburn House office Building, July 29, 2020 on Capitol Hill in Washington, DC. The committee was scheduled to hear testimony from the CEOs of Apple, Facebook, Amazon and Google. (Photo by Graeme Jennings-Pool/Getty Images)

“We should be pushing the envelope on all these issues,” Johnson said, adding that the biggest obstacle to federal legislation addressing social media platforms was Democratic opposition.

“If we did away with Section 230 completely, then these smaller companies couldn’t take advantage of that protection,” Steube said. “We put in a market dominance test that would only apply to these bigger actors.”

Both lawmakers cited a study published Tuesday by the MRC which found that social media companies “censored Republican members of Congress by a rate of 54-to-1 compared to congressional Democrats.” In explaining its conclusions, the study mentioned such cases as YouTube’s suspension of the account of Republican Sen. Rand Paul of Kentucky for questioning the efficacy of face masks, a claim that reportedly violated YouTube’s guidelines related to COVID-19.