“There is no way, Jason, that this liberal mayor or this liberal governor are going to follow through with the threats to get rid of these workers, these police officers and firefighters and nurses. There is no way they could look their own voters in the eyes and say, ‘yes, we’re going to lay off hundreds and hundreds of police and firefighters, EMTs in this situation like this.’ There’s no way this is going to happen” Watters said on “Fox New Primetime.”

“I hope you’re right. But the fact of the matters is the  officers, firefighters, EMTs have already received their termination notices. Some are already clearing out lockers,” Rantz said. (RELATED: Immigrants Will Need To Be Vaccinated To Apply For Benefits)

Watters insisted the city was just issuing a bluff. “We don’t live in a country like that where you’re just going to get rid of people, get rid of police officers at that level; it’s just not going to happen. I don’t see it happening. I think we have more sense than that.”

Rantz said that because of the vaccination mandates, the Seattle Police Department “is going to lose between 100 and 400 officers on Monday,” noting that “this is a department that can’t afford to lose any. The journalist said Seattle now has “record high homicide rates” thanks to one-third of the city’s police department already losing one-third of its personnel “thanks to the defund movement.”

Rantz said that the city is scrambling to respond to 911 calls as officers are taken off murder cases.

“If you think it can’t get worse? It can. Because it’s now looking like we’re going to lose about 100 or so firefighters and EMTs for the exact same reason. And thanks to the governor’s vaccine mandate, we have hospitals across the state bracing to lose up to 7,000 staffers.” (RELATED: 14 Businesses Hit With $1,000 Fines For Not Complying With Vaccine Mandates) 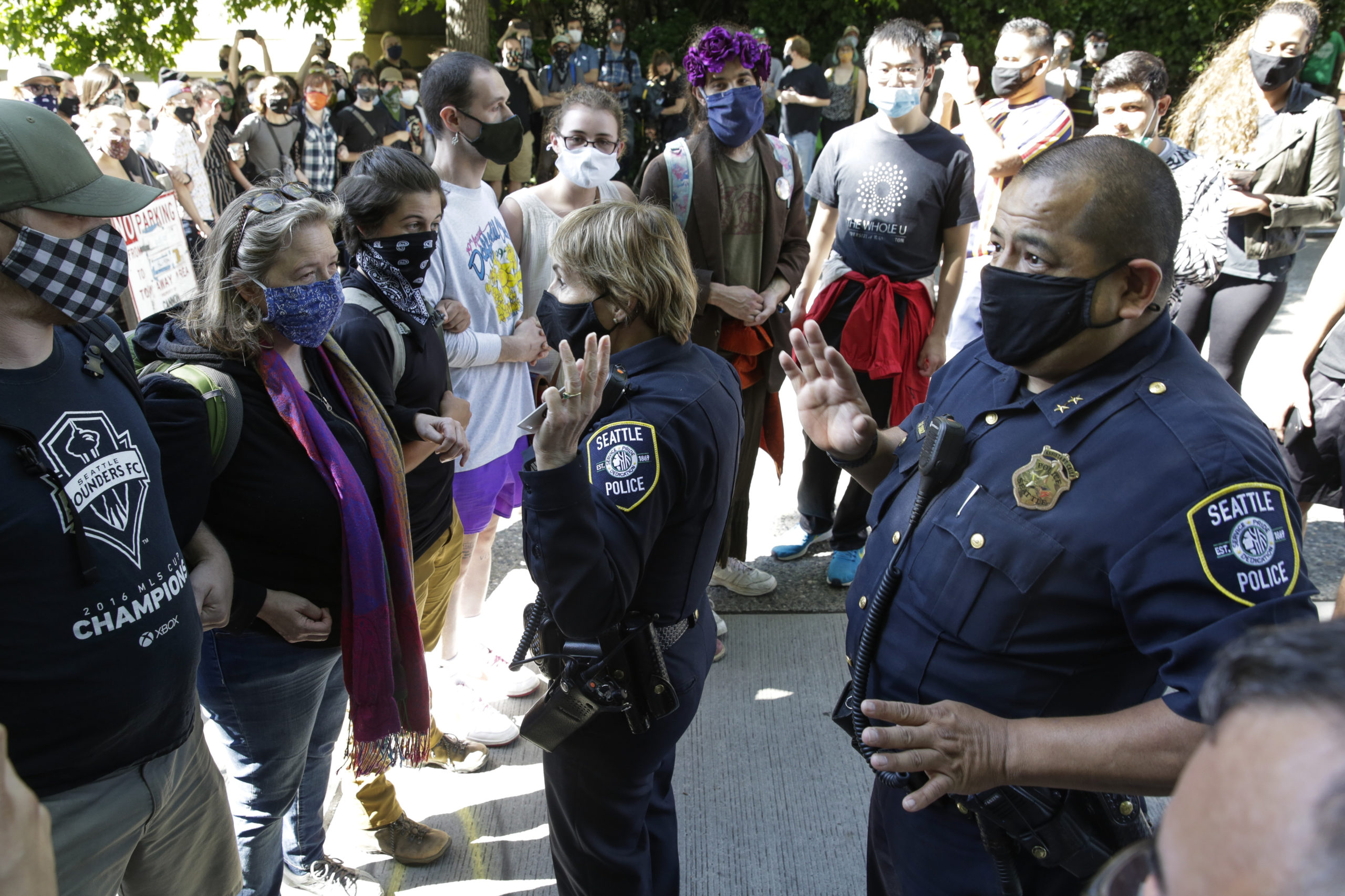 TOPSHOT – Seattle Police Assistant Chief Deanna Nollette and Assistant Chief Adrian Diaz are blocked by protesters from entering the newly created Capitol Hill Autonomous Zone (CHAZ) in Seattle, Washington on June 11, 2020. – Two police officers attempt to enter the area, but are blocked by people standing close together and holding cameras as they film. The area surrounding the East Precinct building has come to be known as the CHAZ, Capitol Hill Autonomous Zone. (Photo by Jason Redmond / AFP) (Photo by JASON REDMOND/AFP via Getty Images)

Republican Florida Sen. Marco Rubio recently said that the “irony” and chaos at the southern border would once have been dismissed as “some sort of movie on Netflix” as the Biden administration is forcing American workers to receive the COVID-19 vaccine but not illegal immigrants.

Fox News host Greg Gutfeld said on “The Five” that President Joe Biden was portraying unvaccinated Americans as “the new terrorists” in his speech demanding that private businesses force their employees to take the vaccine.