Thousands of Afghan refugees who were temporarily housed at U.S. military bases are resettling in communities around the country every week, CBS News reported on Thursday.

Around 6,000 Afghan refugees who were evacuated from the Afghanistan after the Taliban seized power have resettled around the U.S., according to data from the Department of Homeland Security (DHS), CBS News reported. Additionally, about 3,000 new residents with U.S. citizenship, green cards and those with close family or friends in the U.S. have left the military bases.

More than 55,000 Afghan evacuees are still at the temporary housing sites across eight military bases in the U.S. and another 5,000 refugees remain waiting in third countries to come to the U.S., according to CBS News. Around 4,000 evacuees were released to resettle in the U.S. in the last week. 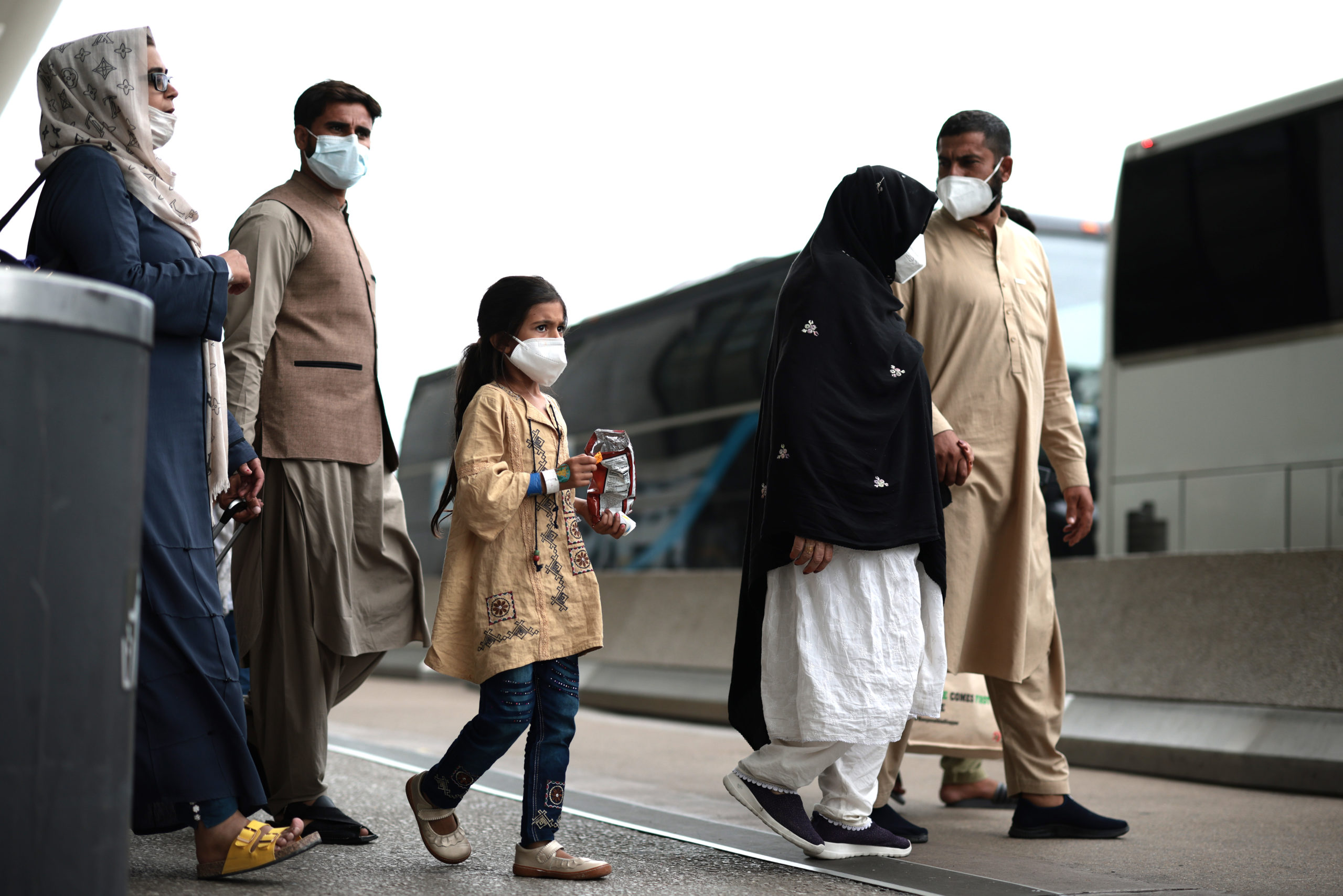 Refugees walk to board a bus at Dulles International Airport after being evacuated from Kabul following the Taliban takeover of Afghanistan on August 31, 2021 in Dulles, Virginia. (Photo by Anna Moneymaker/Getty Images)

The DHS paused evacuation flights after a few people tested positive for the measles in early October, but it resumed flights three weeks later, and around 10,000 people have been brought to the U.S. since the pause was lifted, CBS News reported. The Biden administration started offering vaccinations for COVID-19 and other diseases to the evacuees.

Thousands of Afghans who were eligible for Special Immigrant Visas because of their work with U.S. operations in Afghanistan were relocated to third countries for processing before evacuations began, according to CBS News. Around 90% of those evacuated from Afghanistan were Afghans and the others were U.S. citizens or had green cards.

The Biden administration is trying to process and resettle Afgan evacuees as quickly as possible, a senior official who spoke on the condition of anonymity told CBS News. Officials said that some major cities where Afghans want to relocate, in order to be closer to family members, don’t have sufficient housing.

“The bottom line is that housing is and will remain a major stumbling block, especially in these preferred destinations,” Church World Service Senior Vice President Erol Kekic told CBS News. (RELATED: Who Are The Afghan Refugees And Where Are They Going When They Come To The US?)

The Biden administration is enticing Afghan refugees to relocate to states including Oklahoma, where their housing could be subsidized for over a year, according to CBS News. Some of the evacuees are staying with their family members while waiting for housing to become available.