Fox News contributor Joe Concha argued Friday that the Biden administration is not adequately addressing supply chain shortages, and even dismissing the problem.

“Even the White House press secretary dismissed this crisis by making it about rich people not being able to their treadmills for their home gyms,” Concha told Fox News’ “The Story.” “The messaging is horrible and the actions are worse because they’re almost non-existent.” (RELATED: Sen. Rubio Says Why He Thinks Biden Admin Will Cause Democratic Party to ‘Suffer Devastating Losses In The Next Election’)

“I think what we’re learning with this administration: don’t judge them by their words because the value of those words is decreasing by the day … Judge them by their actions,” Concha said, referring to empty shelves at grocery stores and clogged California ports

The journalist said President Joe Biden must be asked directly, “What are you doing to fix this problem?” He said Transportation Secretary Pete Buttigieg also has to be honest with the American people and asked a series of simple questions: “How many ports in California, or Georgia or New Jersey have you visited? How many port operators or trucking executives have you met with in person?”

Concha also insisted Americans need to know “who served as acting director during Secretary Buttigieg’s extended leave of two months? Who was running the show while this crisis was exploding?”

“The Hill” columnist claimed that the supply problems are getting worse with “several news organizations now reporting that there are more than 13 loads for every truck at the ports of Los Angeles and Long Beach,” noting that Biden’s chief of staff, Ron Klain retweeted a claim that inflation and the supply chain crisis amounted to “high class problems.”

“I guess only rich people drive cars and purchase gasoline, which is up what, 40% compared to last year and only fat cats buy groceries. Where prices of meat and eggs and fish and poultry they’re up in the double digits compared to last year. Home heating costs are going to go up 50% this year. You think the low and middle class can absorb all those costs? Of course not,” Concha said. (RELATED: Administration Says Walmart, FedEx, Major West Coast Port Will Operate 24/7 Amid Supply Chain Shortages) 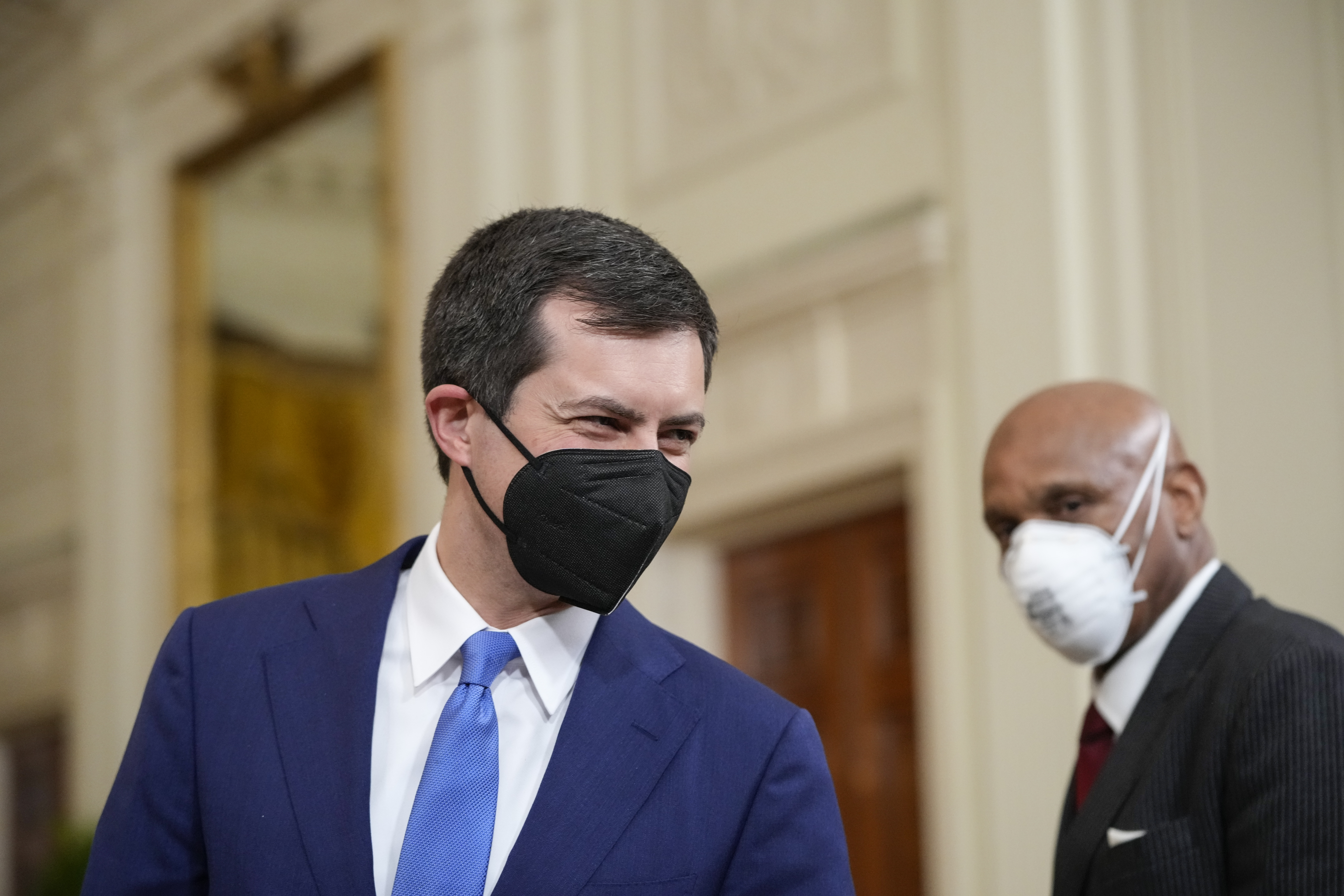 Transportation Secretary Pete Buttigieg praised Biden’s economic management during Sunday’s “State of the Union” and said that ships clogged in California’s ports are “full” with “goods that Americans are buying because demand is up, because income is up.

Fox News host and Daily Caller co-founder Tucker Carlson recently criticized that defense. “None of that is Soviet, not at all. It’s not the Brezhnev administration. No, it’s utopia. ‘Be happy about it; stop your complaining,’ says Mayor Pete,” Carlson said.