President Joe Biden has spent more time away from the White House than former President Donald Trump at the same time in his presidency, according to a CNN analysis.

Biden has been open about his feelings regarding the White House, telling Vogue in June that there’s “no real upside to living physically” at the residence. During that interview, the president complained of a lack of privacy “and the pomp-and-circumstance” surrounding the whole ordeal.

As a result, Biden returns to one of his two homes in Delaware as often as possible, flying back many weekends since taking office. In fact, Biden’s taken 35 personal trips and spent all or a portion of 108 of his first 276 days as president in either Delaware or at Maryland’s Camp David, according to CNN. The analysis included partial days where Biden traveled to or from the White House.

Of Biden’s 108 days away from the White House, he spent 69 of them at his Wilmington residence spread out over 23 separate visits. The president has spent one week at his Rehoboth Beach, Delaware home and been at Camp David 32 times over 10 visits, according to CNN.

These trips have come amid multiple crises – an ongoing COVID-19 pandemic, a supply chain crisis, the chaotic end to the war in Afghanistan, the border crisis and more. In fact, Biden faced criticism in August for being away at Camp David as the Taliban took over Afghanistan. (RELATED: President Biden Cancels Weekend Plans to Stay At White House Amid Afghanistan Crisis)

Biden’s predecessor was also a fan of leaving the White House – but Biden is outpacing Trump in this regard. The former president spent all or part of 61 days at his Mar-a-Lago or Bedminster properties as well as all or part of nine days at Camp David during the same period of time, according to CNN. 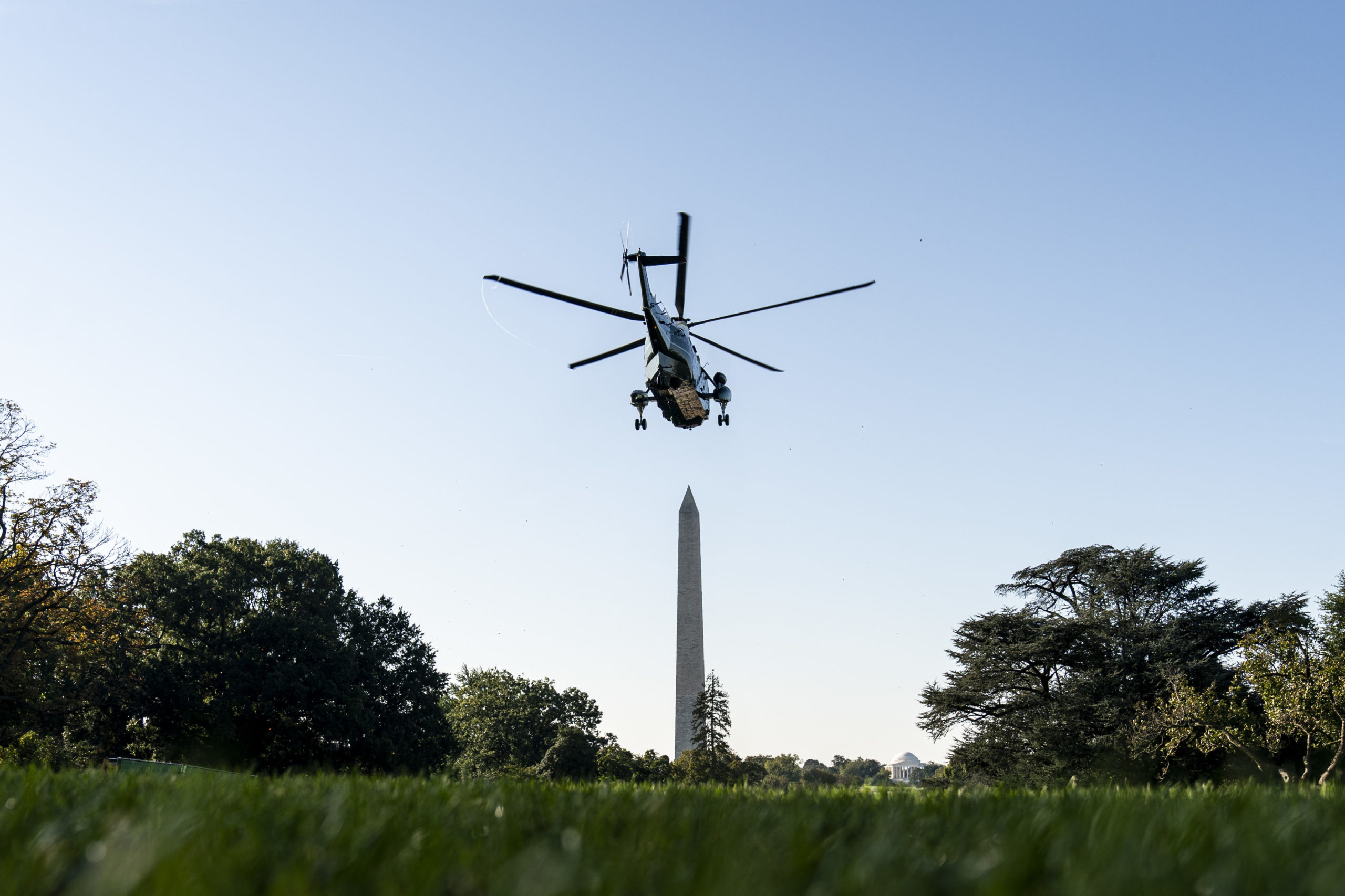 WASHINGTON, DC – OCTOBER 2: Marine One carries U.S. President Joe Biden as he departs for Wilmington, Delaware, from the White House on October 2, 2021 in Washington, DC. Biden has put on hold his $1 trillion infrastructure bill telling Congressional Democrats that his climate change and social spending bill must be passed first. (Photo by Joshua Roberts/Getty Images)

The White House appeared to defend Biden’s propensity for working remotely in a statement to CNN, with White House spokesman Andrew Bates noting that American presidents “are constantly on the job, regardless of their location.”

“Presidents of the United States are constantly on the job, regardless of their location; whether they’re on a state visit overseas or just 100 miles from the White House for a short trip to Wilmington,” Bates said according to CNN. “Wherever he is, the President spends every day working to defeat the pandemic, to ensure our economy delivers for the middle class – not just those at the top – and to protect our national security. Also, as all Americans can agree, it’s important for leaders to avoid becoming ensconced in Washington, DC.”

The White House also defended the president’s travel schedule in March. At the time, White House press secretary Jen Psaki said that, despite rising COVID-19 cases, it was okay for Biden to be traveling for personal reasons because of his method of travel and the fact that he was returning to his home.

“Well, the President lives in Wilmington. It’s his home,” Psaki said. “That’s where he’s lived for many, many years. And as you know, as any President of the United States does, he takes a private airplane called Air Force One to travel there. That is, of course, a unique – unique from most Americans, but I think most Americans would also see that as a unique circumstance.”
The president spends time with his family while away from the White House and an official told CNN he’s always “strategizing with staff” and “being briefed” on ongoing issues. Biden often spends time golfing and goes to mass on the weekends while in Delaware.