West Virginia Democratic Sen. Joe Manchin came out against his party’s plan to tax billionaires in order to finance their social-spending package just hours after it was first released.

“I don’t like it. I don’t like the connotation that we’re targeting different people,” Manchin told reporters Tuesday morning, describing billionaires as people who “contributed to society and create a lot of jobs and a lot of money and give a lot to philanthropic pursuits.”

“It’s time that we all pull together and grow together,” Manchin added.

Wyden also released a plan Tuesday with Democratic Sen. Elizabeth Warren of Massachusetts and Sen. Angus King of Maine, an Independent who caucuses with Democrats, that would establish a minimum tax on corporate profits in order to finance the package, which remains without a firm price tag. 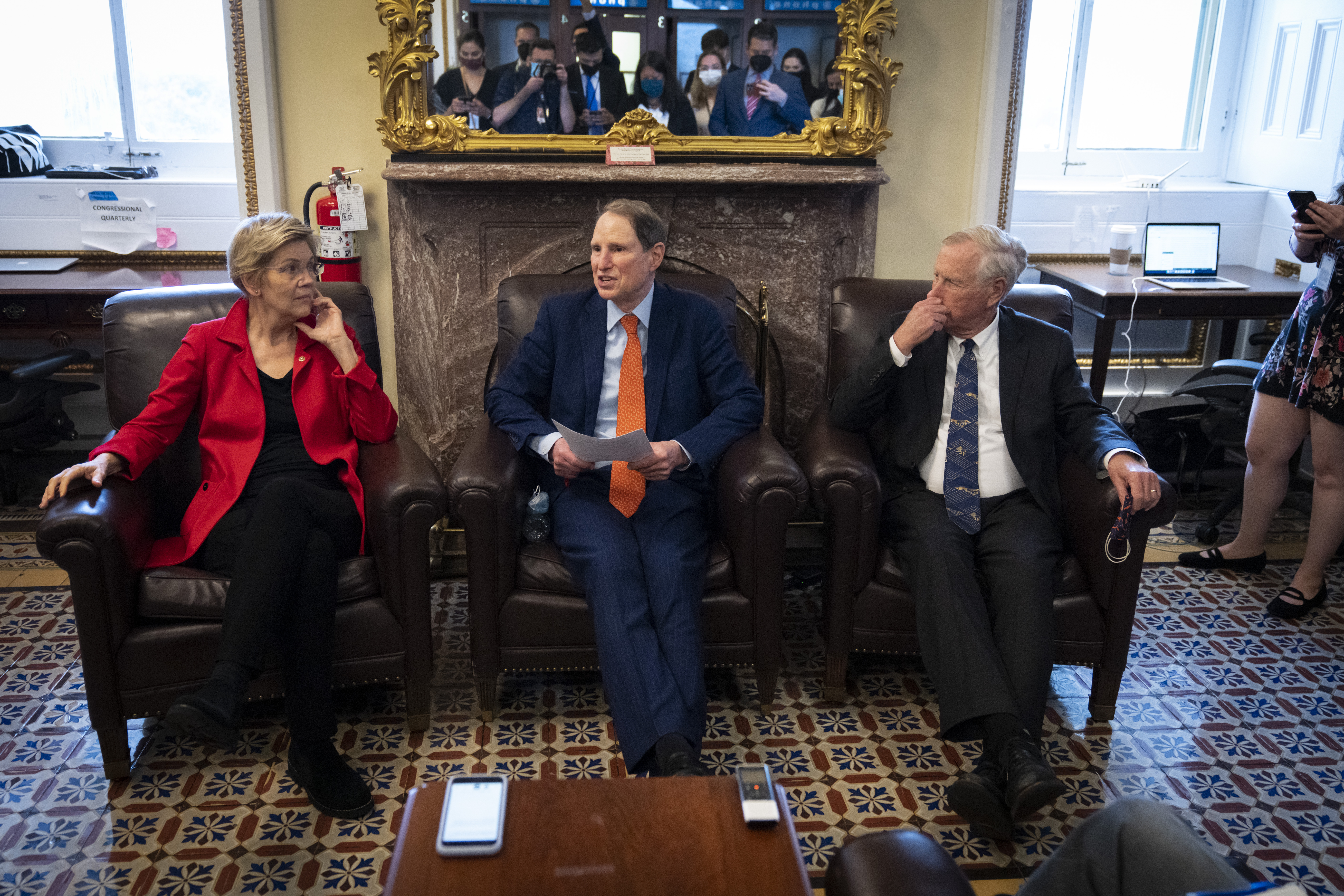 “There should be a 15% patriotic tax … we’ve all agreed on a 15% corporate tax,” Manchin said. “We ought to be pleased this country’s able to produce the wealth … But with that there’s a patriotic duty that you should be doing something in this country that gives you the protection and the support and the opportunities. That’s called a patriotic tax – it will be nothing that should be scorned about, it doesn’t harm anybody.”

Wyden’s original proposal only extended to billionaires or Americans who earned at least $100 million for three consecutive years. Under it, tradable investments, like stocks, would have their gains taxed or losses deducted annually, while non-tradable assets, like real estate, would not be taxed annually but would be taxed more than regular capital gains taxes once sold by those to whom the provision applies.