West Virginia Democratic Sen. Joe Manchin said Monday that his party “should” be able to compromise on a framework for their spending package this week, potentially clearing a path forward for both the budget and infrastructure bill after months of delay.

“As far as conceptually, we should, I really believe,” Manchin told reporters Monday. “[A] framework should be, it really should be.”

Both Manchin and Senate Majority Leader Chuck Schumer met with President Joe Biden in Delaware on Sunday in an effort to finalize the budget, a mammoth bill that Democrats hope will address long-sought priorities like child care, paid leave and climate change. Biden and Democratic leadership have said that they are close to reaching a compromise that would hopefully bring all in the caucus on board, giving it enough support to pass on party lines.

Manchin has long objected to the budget’s original $3.5 trillion price tag, and reiterated Monday that his maximum was $1.5 trillion instead.

“We’re all working in good faith,” Manchin said. “I’ve been talking to everybody as you know. I think we’ve got a good understanding of each other better than we ever have.” (RELATED: Pelosi Says Budget Will Do ‘Fewer Things Well’ As Dems Brace For Cuts)

Schumer told reporters Monday that “three to four outstanding issues” remained on the budget, but said that Sunday’s meeting was “good and productive” and that “a lot of the bill is written.”

While opposition from Manchin and Arizona Democratic Sen. Kyrsten Sinema has narrowed the budget’s size and scope substantially, left-wing Democrats have gained leverage by vowing to oppose the Senate-passed, bipartisan infrastructure bill. They had initially insisted that Congress first pass the budget, but Democrats hope that agreeing on a framework will be enough for the House to pass the infrastructure package by Wednesday, allowing Biden to sign it before he leaves for Europe Thursday. (RELATED: Democrats Could Be Forced To Scrap Tax Hikes From Budget) 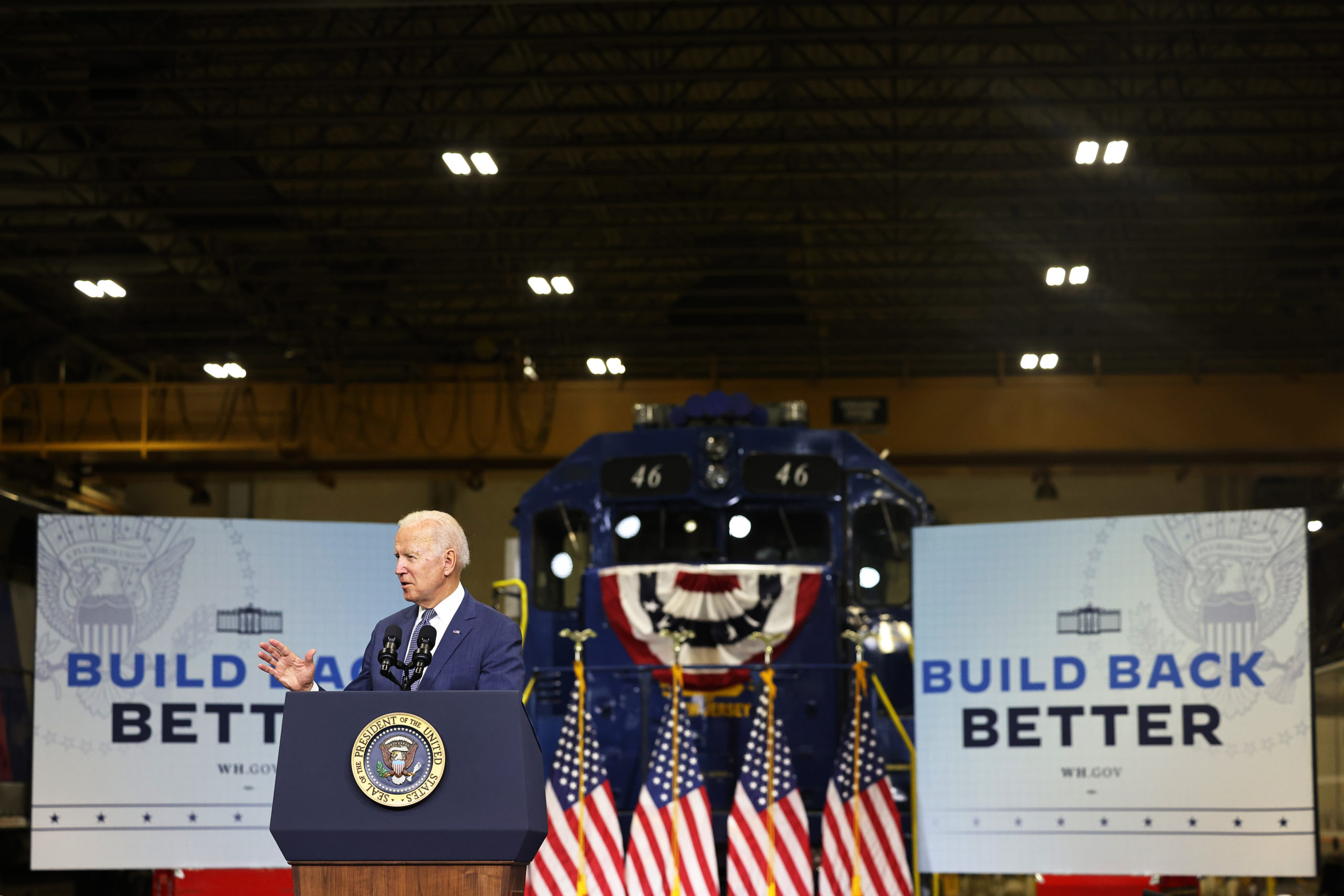 One sticking point, however, is a proposed Medicare expansion that would allow it to cover vision, hearing and dental. Manchin said that he was not yet on board with the plan, despite others in his party, like Vermont Independent Sen. Bernie Sanders, calling it a non-negotiable.

“My big concern right now is the 2026 deadline that we have insolvency,” Manchin said. “Medicare and social security is a lifeline to most people in West Virginia and around the country, and you’ve got to stabilize that first before you look at, basically, expansion. So if we’re not being fiscally responsible, that’s really concerning.”

Manchin has also opposed parts of Democrats’ proposed extension of the child tax credit and plan to fight climate change, frustrating those left of him who see the budget as a rare opportunity to adopt large-scale policy given their congressional control.

“I’ve always said that government should be your best partner,” Manchin said Monday. “But it shouldn’t be your provider.”