The Loudoun County Sheriff’s department is investigating “multiple” incidents of alleged sexual groping at a middle school in Loudoun County Public Schools, according to Daily Mail.

Kraig Troxell, the spokesman for the Loudoun County Sheriff’s Department, told Daily Mail that a seventh-grade boy at Harmony Middle School was allegedly “touching other students inappropriately over their clothing.” The incident was reported on Wednesday, Oct. 27, though Troxell confirmed that there had been similar incidents happening since the beginning of the week, the Daily Mail reported.

Elicia Brand-Leudemann, a spokeswoman for the family of the child allegedly assaulted, told the Daily Caller that the family is requesting privacy as it seeks legal counsel.

An email sent to Harmony Middle School parents on Oct. 28 informed them that the administration is “aware” of the incident and is “taking all the proper steps following such an incident.” 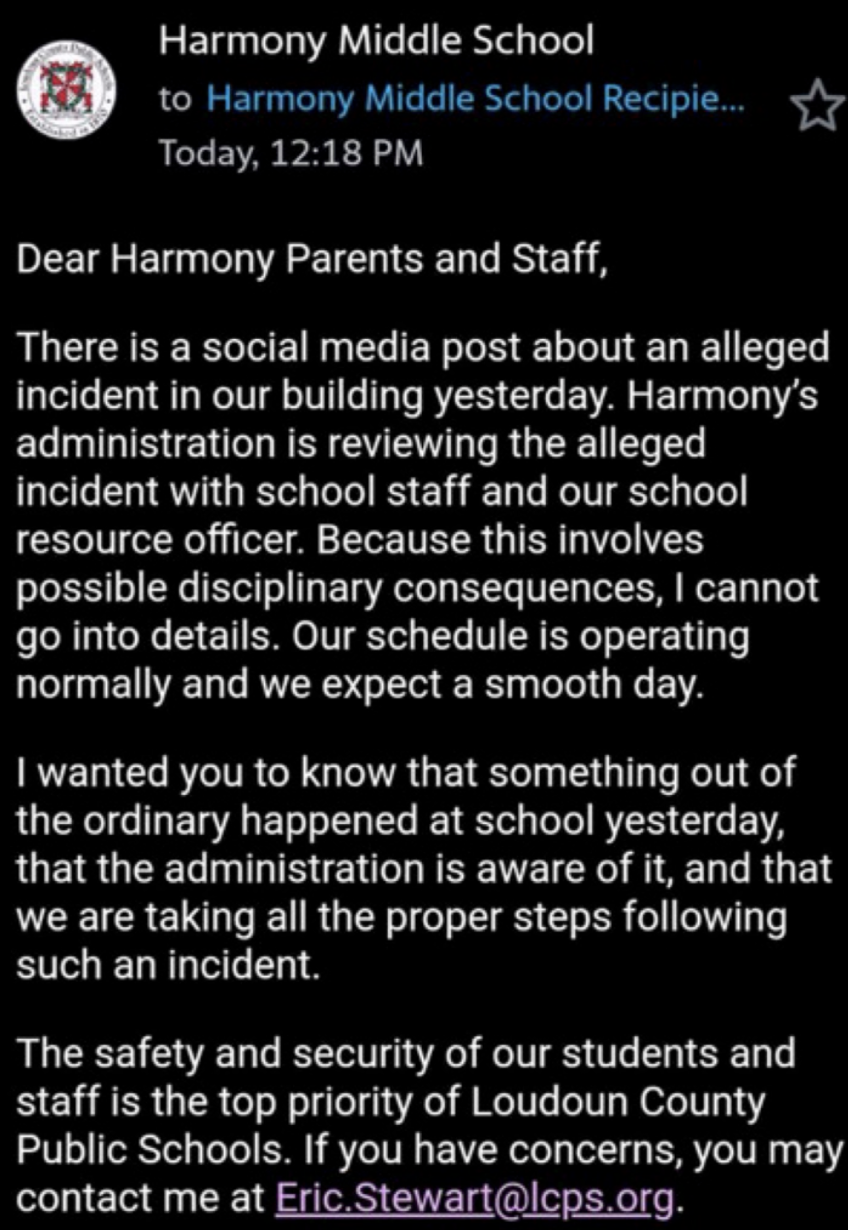 Loudoun County Public Schools have been rocked by allegations of sexual assault after a bombshell report uncovered that a teenage girl was assaulted by a “gender fluid” teen in a high school bathroom.

The Loudoun County school board initially claimed it was not informed about the “specific claims” relating to sexual assault allegations, though reporting from WTOP uncovered that the district’s superintendent sent an email to the board members the day of the assault. (RELATED: Loudoun County Forces Parents To Sign NDA-Style Form To view CRT-Inspired Curriculum)

A judge in Loudoun County rendered the juvenile court equivalent of a guilty verdict to the skirt-wearing teen who assaulted his female classmate.