President Joe Biden, speaking Monday to the United Nations climate conference in Glasgow, Scotland, apologized for his predecessor’s decision to withdraw the U.S. from the Paris Accords.

“I shouldn’t apologize, but I do apologize for the fact the United States, the last administration [former President Donald Trump], pulled out of the Paris Accords and put us sort of behind the eight ball a little bit,” Biden said, marking his first worldwide apology on the subject.

The U.S. officially withdrew from the Paris Agreement on climate change in 2020, but Trump announced his plans to do so back in 2017. At the time, he argued that the agreement wasn’t in the best interest of the United States. Biden, who has made efforts to combat climate change a key part of his administration, issued an executive order to rejoin the agreement hours after becoming president.

Part of Biden’s efforts include a goal of reducing emissions by 50-52% by 2030 as well as achieving a net-zero economy by 2050, National Climate Advisor Gina McCarthy reminded reporters Sunday. Biden’s Bipartisan Infrastructure Deal and Build Back Better Agenda focuses large portions of its proposals on climate change, with a whopping $555 billion dedicated towards combatting it in the Build Back Better plan. 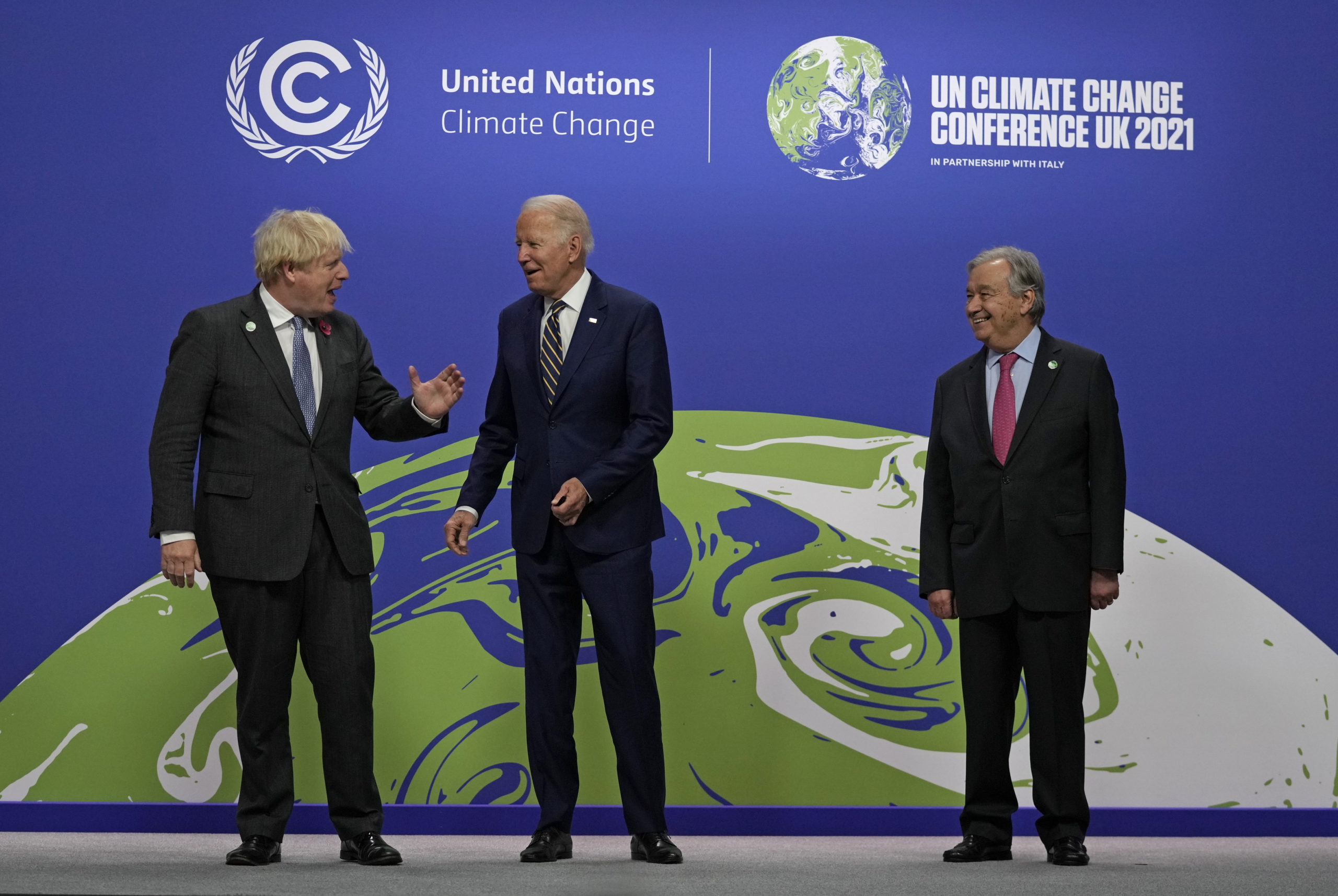 “The United States is back at the table.  We’re back, hoping to rally the world to tackle the climate crisis. And we’re going to bring back jobs and economic prosperity to our workers and our families in the United States,” McCarthy said. (RELATED: How Will Climate Regulations Impact The Economy? Experts Are Divided)

Special Climate Envoy John Kerry also told reporters that the president’s goal will keep the U.S. “in compliance with the needs of keeping the Earth’s temperature increased to 1.5 degrees.” He noted that this is just the start and hinted at a long road ahead by pointing out that “Glasgow is the beginning of this decade race.”

“None of us can escape the worst that is yet to come if we fail to seize this moment,” Biden said at the summit.