While total emissions unsurprisingly hit a new record, however, the year-over-year increase between 2019-2020 was lower than the 2018-2019 increase, according to the report. Fossil fuel carbon dioxide emissions, the largest contributor to greenhouse gas warming, dropped 5.6% last year compared to the year prior.

The Organization for Economic Co-operation and Development characterized the COVID-19 pandemic’s positive effect on long-term environmental pressures “significant” in a May report.

But the 2020 increase was still higher than the average yearly increase between 2011-2020, the WMO reported. (RELATED: Developing Nations Demand More Than $1 Trillion Per Year From West To Combat Climate Change)

“At the current rate of increase in greenhouse gas concentrations, we will see a temperature increase by the end of this century far in excess of the Paris Agreement targets of 1.5 to 2 degrees Celsius above pre-industrial levels,” WMO Secretary-General Petteri Taalas said in a statement. “We are way off track.” 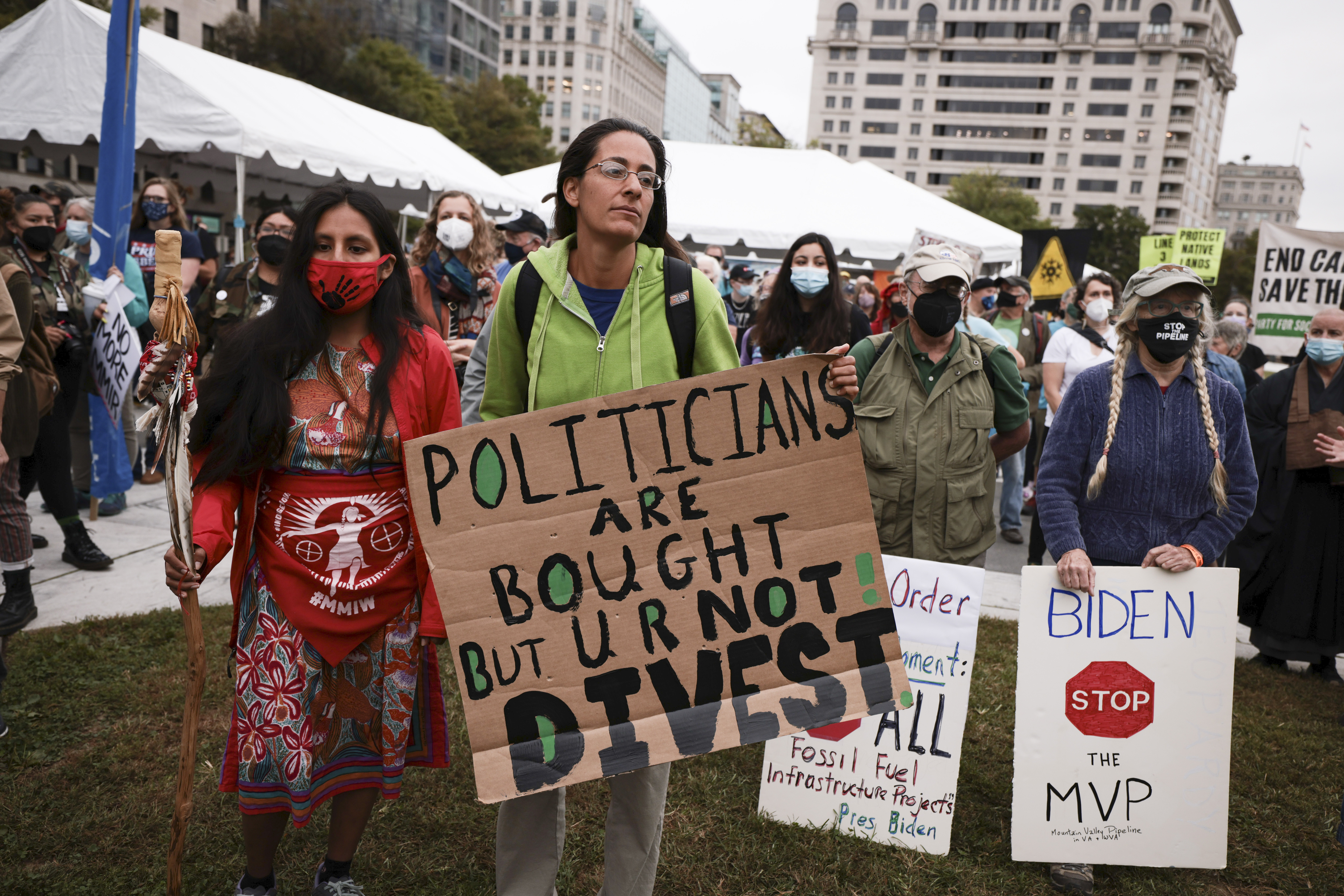 Demonstrators hold signs as they listen to speakers during a climate march on Oct. 11. (Anna Moneymaker/Getty Images)

He added that the report should be a “stark” message for negotiators traveling to Glasgow for the upcoming UN climate summit. President Joe Biden is scheduled to travel to the conference on Nov. 1, the White House said.

The most recent major climate conference occurred in Paris more than five years ago and resulted in commitments from most UN member nations to reduce emissions. However, every country that set goals has failed to live up to their commitments except for The Gambia, a tiny nation in west Africa, the Associated Press reported.

Although UN leaders have billed the Glasgow conference as a vital step in curbing global warming, rising energy prices worldwide could pose a challenge for potential progress and commitments at the meetings.

The U.S. recently projected that heating costs could increase 54% this winter. Gasoline prices, meanwhile, reached a national average of $3.39 per gallon on Monday, according to a AAA database.